Ronaldinho is a Brazilian footballer considered to be one of the best players of his generation. A player regarded for his technique, tricks, overhead kicks, and dribbling, he was a member of Brazil’s 2002 World Cup-winning team. Playing in his very first World Cup, in 2002, he scored the game-winning score in a quarter-final victory over England. Along with Ronaldo and Rivaldo, he was a part of the attacking trio that made the Brazilian team one of the most formidable ones in international football. Born as the son of a small-time footballer, Ronaldinho developed an early interest in the game and started playing in the youth club matches by the time he was eight.

He first caught the media’s attention when as a 13-year-old he scored all 23 goals in a 23–0 victory against a local team. Identified as a rising star, he made his senior side debut during the 1998 Copa Libertadores and eventually signed a five-year contract with French side Paris Saint-Germain in 2001. He was a member of the Brazilian squad in the World Cup 2002 and played an active role in helping his team clinch the championship. He, later on, he joined the FC Barcelona of the Spanish league and achieved great success over the next few years, winning back-to-back FIFA World Player of the Year awards in 2004 and 2005. 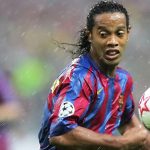 Ronaldo de Assis Moreira was born on 21 March 1980 in the city of Porto Alegre, the state capital of Rio Grande do Sul, Brazil. His mother, Miguelina Elói Assis dos Santos, is a former salesperson who studied to become a nurse. His father, João de Assis Moreira, was a shipyard worker and footballer for local club Esporte Clube Cruzeiro (not to be confused with the larger Cruzeiro Esporte Clube).

After Ronaldo’s older brother Roberto signed with Grêmio, the family moved to a home in the more affluent Guarujá section of Porto Alegre, which was a gift from Grêmio to convince Roberto to stay at the club, but Roberto’s career was ultimately cut short by injury. It was in their new home where his father hit his head and drowned in the swimming pool when Ronaldo was eight. Today, Roberto acts as his manager, while his sister Deisi works as his press coordinator. 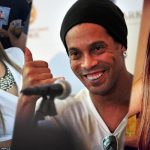 Ronaldinho net worth: Ronaldinho is a retired Brazilian football (soccer) player who has a net worth of $90 million. Ronaldinho was born Ronaldo de Assis Moreira in Porto Alegre, the Rio Grande do Sul, Brazil. Ronaldinho was an attacking midfielder and forward who spent his youth career with Gremio. He played for Gremio’s senior team from 1998 to 2001 scoring 21 goals in 52 appearances. Ronaldinho played for Paris Saint-Germain from 2001 to 2003 where he scored 17 goals in 55 caps.

Irina Shayk – Russian model, Irina Shayk, and Ronaldinho have dated in the past.
Lisa Collins (2002) – In July 2002, it was reported that the Brazilian wizard had a fling with the English exotic dancer Lisa Collins. It was claimed that they had met during his visit to the Parisian club, where she used to work.
Ximena Capristo (2006) – In November 2006, he was linked with the Argentine model Ximena Capristo by the Argentine press. They were dating for quite some time and in her interview with the press, she claimed that they chated all the time, which was seen as a confirmation of their relationship.
Janaína Mendes (2002-2005) – Ronaldinho started dating dancer Janaína Mendes in 2002. He had first met her at Domingão do Faustão in Brazil. They got married in May 2004. In February 2005, she gave birth to their son, Joao, who was named after Ronaldinho’s late father. However, their marriage didn’t last long as he would later claim that marriage wasn’t for him. 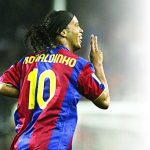 Alexandra Paressant (2006) – In aftermath of Brazil’s embarrassing exit from the 2006 World Cup, the Italian model Alexandra Paressant sold her story to the press, in which she claimed that Ronaldinho pulled out all night romps with her while at the world cup with his national team. She even claimed that he broke a few curfew rules for her. He threatened to sue her for making malicious allegations.
Sara Tommasi (2010-2011) – In 2010, the Italian media linked Ronaldinho with Italian actress and TV personality, Sara Tommasi. She herself gave an interview in December 2010 to confirm that they had been dating for about two months. However, their relationship didn’t last long into the following year.
Ronaldinho Wife: Priscilla Coelho – In May 2018, it was reported that Ronaldinho was going to get married to his longtime girlfriend Priscilla Coelho. The report claimed that he had been dating Priscilla for several years.
Ronaldinho Wife: Beatriz Souza (2016-Present) – Priscilla wasn’t the only woman Ronaldinho was slated to get married to in August 2018. The reports claimed that he was going to get married to Beatriz Souza on the same day as well. He had started dating Souza in December 2016 and she had been living with him along with Priscilla. He gave equal allowance to both his girlfriends and even had the habit of giving both of the exact same presents. 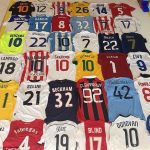 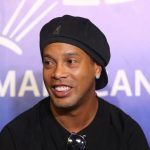 Some Known Facts About Ronaldinho

How Many Goals Did Ronaldinho Score?

How Many Times Did Ronaldinho Win The Ballon D Or?

Lionel Messi And Cristiano Ronaldo Have Won The Award A Record Five Times Each. Three Players Have Won The Award Three Times Each: Johan Cruyff Of Ajax And Barcelona, Michel Platini Of Juventus And Marco Van Basten Of Milan. With Seven Awards Each, Dutch, German And Portuguese Players Won The Most Ballon D’or.

What Does Ronaldinho Mean?