Dennis Rader is an American serial killer also known as the BTK “Bind, Torture, Kill” Killer or the BTK Strangler. He started his murdering spree in the mid-1970s, terrorizing the citizens of Kansas for more than 30 years before he was finally arrested. Convicted of murdering ten victims, he was planning to attack another victim at the time of his arrest. Having developed a morbid fascination with extreme violence as a young boy, he often fantasized in his head about torturing and killing others. Known as a shy and studious boy, he had a darker side to his persona even as a teenager he used to kill dogs and cats in secret.

With time he grew bolder and began targeting human beings, killing his first known victims the Otero family in early 1974. He cleverly evaded being identified as a suspect and proceeded to kill several others, taking the final toll of his victims to ten. A narcissist who took pride in the murders he committed, he sent a series of anonymous letters to the police along with a few pieces of evidence claiming himself to be responsible for the murders. These letters subsequently led to his arrest in 2005. Currently, he is serving ten consecutive life sentences at El Dorado Correctional Facility in Kansas. Dennis Rader, in full Dennis Lynn Rader, byname BTK or BTK Killer, (born March 9, 1945, Pittsburg, Kansas, U.S.), American serial killer who murdered 10 people over a span of three decades before his arrest and confession in 2005. He called himself BTK because he bound, tortured, and killed his victims. Rader was raised in Wichita, Kansas. He later claimed that as a youth he had killed animals and developed violent sexual fantasies that involved bondage.

In the 1960s he served in the U.S. Air Force, and in 1970 he returned to Wichita, where he married and had two children. He held various jobs, including a brief stint as a factory worker for the Coleman Company, a maker of camping equipment. In 1979 he graduated from Wichita State University, where he studied criminal justice. During this time he began working for ADT, a home-security company, and in 1991 he became a compliance officer in Park City, Kansas. Rader was active in his church, and he served as a Boy Scout leader. 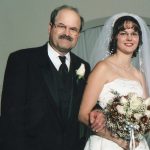 on the 25th of February 2005, a few minutes to noon the life of Kerri Rawson (BTK daughter) life changed completely. She has spent every day for the past 14 years trying to make peace with the news she heard. The FBI agent (who arrived at her Detroit-area apartment) told her that, her father, had just been arrested for 10 brutal murders. Calling himself BTK for “bind, torture and kill” the loving, protective father. With his wife, they have a son“Brian Rader’. 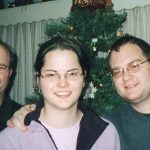 She thought she knew had terrified her hometown of (Wichita, Kan., ) between 1974 and 1991. Rawson who is 40 years old as for  2018 has written a book tilted (A Serial Killer’s Daughter) that reports how her horror and anger were tempered by the love she felt for her father. Rowson tells people that she can do anything that can make her not to be a serial killer’s daughter.”

The perfect inhuman of her father’s crimes haven’t made her journey easy. Rader often spent months repeating his victims most of whom he check slowly after binding their arms and legs with rope. Then hid mementos from his kills beneath the floorboards in the family’s linen closet. 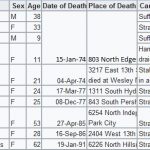 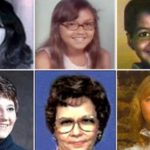 Where Is Dennis Rader Imprisoned?

Dennis Rader Remains In “Special Management” At El Dorado Correctional Facility, Prison Records Show. He Has Been Held There Since Aug. 19, 2005, According To Kansas Department Of Corrections Records.

What Was Dennis Rader’s Job?

Who Is Dennis Rader’s Wife?