Crispus Attucks was an American sailor and a stevedore who is believed to be the first person killed during the Boston Massacre on March 5, 1770. He has been made into a folk hero as the first-ever American to sacrifice his own life during the American Revolution. He is considered a symbol of American patriotism and was elevated to the status of an icon of the anti-slavery movement in the mid-19th century. While the exact details about his family and life are not known, it is believed that he was born to an African-born slave and a Natick Native American. He was probably an escaped slave who went on to rebuild his life as a successful free man-a rarity in the 18th century when slavery was rampant in America and Africans were considered properties of the white men.

On March 5, 1770, he led a group of people in a protest against a British soldier who had hurt a young barber’s apprentice. The feud became intense and a troop of British soldiers opened fire on Attucks and his men, killing a few and injuring many. Attucks was the first man to die. This incident proved to be a major catalyst in the early stages of the American Revolution. Following his death, he was lauded by the supporters of the ‘abolitionist movement’ and was widely recognized as an African-American man who played a significant role in shaping America’s history. Crispus Attucks Born into slavery around 1723, Attucks was believed to be the son of Prince Yonger, a slave shipped to America from Africa, and Nancy Attucks, a Natick Indian. Little is known about Attucks’ life or his family, who reputedly resided in a town just outside of Boston. What has been pieced together paints a picture of a young man who showed an early skill for buying and trading goods? He seemed unafraid of the consequences of escaping the bonds of slavery. Historians have theorized that Attucks was the focus of an advertisement in a 1750 edition of the Boston Gazette in which a white landowner offered to pay 10 pounds for the return of a young runaway slave.

Crispus Attucks, “Ran away from his Master, William Brown of Framingham, on the 30th of Sept. last, a Molatto Fellow, about 27 Years of age, named Crispus, 6 Feet two Inches high, short curled Hair,” the advertisement read. Attucks, however, managed to escape for good, spending the next two decades on trading ships and whaling vessels coming in and out of Boston. He also found work as a rope maker. 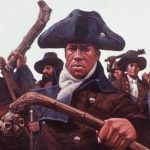 Who was Crispus Attucks

Crispus Attucks High School (Crispus Attucks Medical Magnet High School) of the Indianapolis Public Schools in Indianapolis, in the U.S. state of Indiana, is named for Crispus Attucks, an American patriot killed during what became known as the Boston Massacre. The school was built near Indiana Avenue northwest of downtown Indianapolis and opened on September 12, 1927, when it was the only public high school in the city designated specifically for African Americans. Despite the passage of federal and state school assimilation laws, Attucks was the city’s only high school with a single-race student body in 1953, largely due to residential discrimination, and remained a restricted school until in 1971 (although some historians suggested that it occurred in 1968). Attucks was converted to a junior high school in 1986, due to declining enrollment, and a middle school in 1993. It became a medical magnet high school in 2006, partially due to the school’s proximity to the campus of the Indiana University School of Medicine and its associated hospitals. 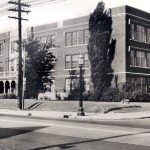 The red-brick building with terra-cotta and limestone detailing covers a two-square-block area and was built in three phases. A three-story main building, designed by local architects Merritt Harrison and Llewellyn A. Turnock, was constructed in 1927. A three-story addition and a two-story gymnasium were built in 1938. A newer, two-story gymnasium was constructed in 1966. The main building and the 1938 addition reflect Collegiate Gothic (or Tudor Revival) and Classical Revival styles of architecture. The high school was added to the National Register of Historic Places in 1989. During its early years, Crispus Attucks was known for its excellence in academics, in addition to its successful athletic teams, especially its basketball program. 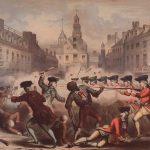 How did Crispus Attucks die

Prior to the Boston Massacre 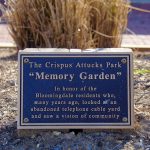 How Old Was Crispus Attucks When He Escaped Slavery?

Why Did Crispus Attucks Die?

Was Crispus Attucks A Patriot Or Loyalist?”]Crispus Attucks Is Considered To Be The First Black Patriot Because He Was Killed In The Boston Massacre. Attucks Was Commemorated By His Fellow Bostonians As A Martyr For Freedom. Of Mixed Native American And African Ancestry, He Was A Fugitive Slave Who Had Escaped In 1750 From A Farm In Framingham, Massachusetts.

What Was Crispus Attucks Real Name?