Connie Chung is a well-known American journalist of Chinese origin. During her career, she has worked as an anchor as well as a reporter for the U.S. television news networks such as NBC, CBS, ABC, CNN, and MSNBC. She launched a program ‘Eye to Eye with Connie Chung’ which became quite popular across the country. The program was mixed with news and celebrity-friendly feature interviews. Though the program was popular among viewers, Chung was criticized for focusing more on entertainment rather than news. In 1993, she became only the second woman to co-anchor CBS Evening News, along with being the first Asian American woman to become an anchor in a major network newscast of the United States of America.

She has conducted several famous interviews as well, including that of the US Representative Gary Condit, who was interviewed after the Chandra Levy disappearance. She also interviewed the famous basketball player Earvin Johnson after he announced publicly that he was HIV-positive. She gained controversy after the Oklahoma City bombing in 1995 because of an inappropriate question which she had posed to a fireman during an interview. Her question was considered highly insensitive to the situation and resulted in protest letters from the viewers. After much public outcry, she was laid off as a co-anchor of the CBS Evening. The youngest of ten children, Chung was born in Washington, D.C., less than a year after her family emigrated from China and was raised in D.C. Her father, William Ling Chung, was an intelligence officer in the Chinese Nationalist Government and five of her siblings died during wartime. She graduated from Montgomery Blair High School in Silver Spring, Maryland, and went on to receive a degree in journalism at the University of Maryland, College Park, in 1969.

She has been married to talk show host Maury Povich(Connie Chung Husband) since 1984. Chung has not officially converted to Judaism but according to Maury Povich, “She knows more Yiddish than you.” Chung has since become devoted to the faith, and she attends synagogue with her family. Chung has noted publicly that she and Povich maintain a kosher lifestyle year-round. Chung announced that she was reducing her workload in 1991 in the hopes of getting pregnant. Together, they have one son, Matthew, whom they adopted on June 20, 1995. 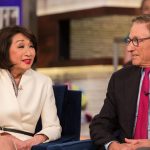 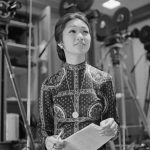 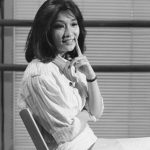 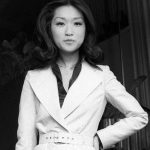 Connie Chung net worth: Connie Chung is a Chinese American journalist who has a net worth of $15 million. Connie Chung has accumulated her wealth as a news anchor for networks like NBC, CBS, ABC, CNN, and MSNBC. Born in August of 1946, she is best known for acting as both reporter and news anchor for a number of U.S.-based television news networks. Including NBC, CBS, ABC, CNN, and MSNBC, at which she has interviewed a number of important individuals and covered controversial themes, especially those which are political. 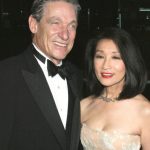 Chung has been focusing on her family

Part of the reason that Connie Chung stepped back from television was so that she could raise a family. After a miscarriage and multiple failed attempts at in vitro fertilization, Chung and her husband adopted their son, Matthew, in 1995. Chung was 48 years old at the time.  For the first couple of years of motherhood, Chung stayed at home with her son before returning to work for a few years when he was a toddler.

A short time later, she again returned to being a stay-at-home mom. “I think teen or pre-teen years are the time to always be around,” she told Mamalode in 2011. “I haven’t worked in several years, so I’ve been able to keep an eye on Matthew! I think it’s important to know who his pals are and to know their parents. I think these years are the ones in which kids can take the wrong path. I want to keep my radar extended so I know what’s going on!”

A memoir might be in the works for Connie Chung

Connie has teased that there might be a memoir in her future, but, at the time of this writing, there hasn’t been any announcement for a book yet. “I’ve been thinking and thinking about it,” she told The Star in 2012. “I’m toying around with something that is my history but it wouldn’t be typical of people who write memoirs. I don’t want to read about people revealing their innermost thoughts and insecurities.”

Instead of focusing on the private details of her life, Chung said that her (potential) memoir would describe her Chinese-American family and their experiences of coming to America and assimilating into American culture. Chung, the youngest of ten children, was born shortly after her family arrived in America in 1945. “They came from China and my father got everyone here,” she said. “People don’t know how Chinese I am. My actions are clearly American but there’s a big strong face that’s Chinese. 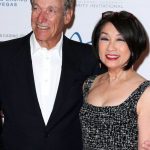 Connie Chung 2017 With Her Husband

Some Known Facts About Chung

What Does Chung Do?

Did Connie Chung Have A Baby?

Connie And Maury Povich Share Three Children Together But Let’s Just Talk From Connie’s Side. Connie  Currently Has Two Step-daughters Susan Povich And Amy Povich From Maury’s Previous Marriage With Phyllis Minkoff. She And Maury Also Have An Adopted Son.

Did Chung Leave Her Husband?

She Has Been Married To Talk Show Host Maury Povich Since 1984. Chung Has Not Officially Converted To Judaism But According To Maury Povich, “She Knows More Yiddish Than You.” Chung Has Since Become Devoted To The Faith, And She Attends Synagogue With Her Family.

What Is Connie Chung Net Worth?

Connie Is A Chinese American Journalist Who Has A Net Worth Of $15 Million. Chung Has Accumulated Her Wealth As A News Anchor For Networks Like Nbc, Cbs, Abc, Cnn, And Msnbc.