Elisabeth Shue is an American actress who is best known for her performance in films such as ‘The Karate Kid’, ‘Adventures in Babysitting’, ‘Leaving Las Vegas’ and the television series, ‘CSI: Crime Scene Investigation’. Born and raised in Wilmington, Delaware, she studied at Columbia High School, in Maplewood, New Jersey, and later attended Wellesley College and Harvard University. While in college, she began her tryst with acting. Initially, she appeared in television commercials and became a popular face for several brands. Eventually, in 1984, she made her debut in feature films by appearing in the hugely successful martial arts drama, ‘The Karate Kid’.

Since then, she has acted in diverse roles in both film and television and proved her immense versatility as an actress. Foremost on her filmography is the 1995 romantic drama film, ‘Leaving Las Vegas’ in which she portrayed the role of a toughened prostitute. She earned critical acclaim for her performance in the movie and won several awards in the best actress category; she also earned Academy Award, Golden Globe and BAFTA nominations. In 2017, she will be appearing in the sports comedy film, ‘Battle of the Sexes’ and the action film, ‘Death Wish’. Elisabeth Shue was born in Wilmington, Delaware, to Anne Brewster (Wells), who worked for the Chemical Banking Corporation, and James William Shue, a lawyer, and real estate developer. She is of German and English ancestry, including descent from Mayflower passengers. Shue’s parents divorced while she was in the fourth grade. Owing to the occupational demands of her parents, Shue and her siblings found plenty of time to get into trouble in their suburban neighborhood, but Elisabeth soon enrolled in Wellesley College, an all-female institution that kept her out of trouble.

Elisabeth is not a celebrity who just sits back, lives life and doesn’t take time for the world around her. Quite the contrary. She is an educated, socially-aware celebrity who has used her platform for the greater good. Like many celebrities – or anyone, really – today, Elisabeth did not have a traditional education path. She attended Wellesley College out of high school but needed a way to pay for school. To do that, she began acting in commercials, landing gigs for Burger King and Hellmann’s mayo, among other things. She was able to transfer to Harvard in 1985. Ivy League degree, no big deal. 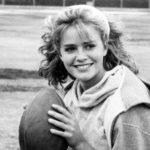 It didn’t work out that way, though. Elisabeth left Harvard in 1988 with just one class to go before she graduated because she wanted to pursue a career in acting. She returned to the school 10 years later, in 1997, and began to take classes. In 2000, Elisabeth graduated from Harvard with a degree in political science. Not theater. Not dance. Nothing like that. Political science at Harvard. Not your typical celebrity. 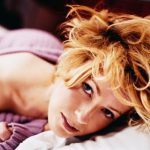 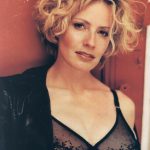 American film actress, Elisabeth Judson has an estimated net worth of $12.5 million. Elisabeth Shue obtained her net worth by playing parts in movies like The Karate Kid, Back to the Future Parts II and III and Leaving Las Vegas. Shue was born on October 6, 1963, in Wilmington, Delaware, where she began acting.

Having journeyed from fresh-scrubbed teen stardom to virtual nonentity and then into a full-bodied critical embrace with her portrayal of a hooker with a heart of gold, the blonde, blue-eyed and impossibly wholesome-looking Elisabeth Shue can truly be said to have had one of Hollywood’s more unpredictable careers. Following another triple round of potential career disembowelment that assumed the form of The Saint (1997), Palmetto (1998), and Molly (1999), Shue re-emerged with The Hollow Man (2000), a thriller that cast the actress as a scientist who teams up with Kevin Bacon and Josh Brolin to fight an invisible killer. 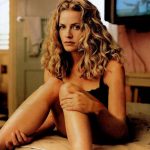 Elisabeth Shue married filmmaker Davis Guggenheim in 1994. He is one of the most accomplished directors and producers of all-time in both TV and documentaries. Guggenheim played an integral role in some of the most-watched TV shows ever to hit the small screen, including NYPD Blue, ER and 24. 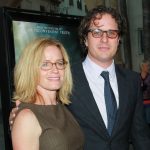 He is perhaps more well known for his documentary work, producing groundbreaking pieces such as An Inconvenient Truth, It Might Get Loud and Waiting for Superman – are three are among the highest-earning documentaries ever. It’s no wonder that Elisabeth’s husband has accumulated a personal net worth of approximately $2.5 billion (note the b)! Elisabeth and Davis have three children, Agnes Charles Guggenheim, Stella Street Guggenheim, and Miles William Guggenheim.

Elisabeth gave birth to her first child, son Miles William Guggenheim in 1997. Miles was followed into the family by sisters Stella Street Guggenheim in 2001 and Agnes Charles Guggenheim in 2006. Elisabeth Shue is known as a dedicated and responsible mom. Elisabeth and Davis have kept their children’s lives relatively private. They are mostly out of the spotlight and their social media accounts are private. In a time when celebrity kids are sometimes out there more than their parents, this is a unique approach. The children’s paternal grandfather was documentary filmmaker Charles Guggenheim. 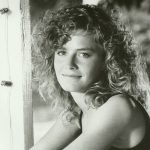 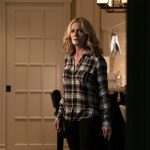 Some Known Facts About Elisabeth Shue