Yami Gautam (born 28 November 1988) is an Indian film actress and model who predominantly appears in Hindi films. She has also appeared in a few Telugu, Kannada, Punjabi, Malayalam and Tamil films. In addition to acting, she is a prominent celebrity endorser for brands and products. In 2012, Gautam made her Bollywood debut with the film Vicky Donor. Upon release, the film was a critical and commercial success, and Gautam gained positive reviews and several nominations for her performance.

Gautam then starred as a strong wife in the action thriller Action Jackson (2014), a young woman in the crime thriller Badlapur (2015), a high-school girl in the romance Sanam Re (2016), a blind woman in the romantic thriller Kaabil (2017) and a lawyer in the social-problem film Batti Gul Meter Chalu (2018). Her highest-grossing release came with the action thriller Uri: The Surgical Strike (2019), which finds place among the highest-grossing Indian films of all time. Yami Gautam was born in a Hindu family in Bilaspur, Himachal Pradesh and was brought up in Chandigarh. Her father Mukesh Gautam is a Punjabi film director. Her mother is Anjali Gautam. Yami has a younger sister Surilie Gautam, who made her big-screen debut with the Punjabi film Power Cut. She did her regular schooling and later entered college to pursue a graduate degree in law honors.

She had aspired to join Indian Administrative Services (IAS) as a young girl, but at the age of 20, Yami decided to start her acting career. Though she was pursuing studies in Law Honors (first-year PU Student of law), she left full-time studies for acting. Recently, she has been doing her part-time graduation from Mumbai. Yami is fond of reading, interior decoration and listening to music.

Yami Gautam has an estimated net worth of $2 million dollars as of 2019. She charges Rs 1 to 2 crore per film and owns a Audi A4 car. 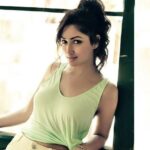 Yami Gautam decided to pursue a career in acting while she was doing her graduate degree in law honors. She moved to Mumbai seeking acting opportunities. Yami made her first television appearance with NDTV Imagine’s daily soap ‘Chand Ke Paar Chalo’. She was also cast in NDTV Imagine’s Raajkumar Aaryan. She gained further recognition with her role in ‘Yeh Pyar Na Hoga Kam’. She also took part in television reality shows like ‘Kitchen Champion Season 1’ and ‘Meethi Choori No 1’.
Her film debut was in the Kannada movie titled ‘Ullasa Utsaha’. However, she got a major breakthrough with the Bollywood movie ‘Vicky Donor’, opposite Ayushmann Khurrana. The movie was commercially successful and earned positive critics. Her first Telugu movie was ‘Nuvvila’ in 2011. Further, she also starred in ‘Tamilselvanum Thaniyar Anjalum’. She was cast in the Hindi film ‘Total Siyappa’ opposite Ali Zafar in 2014. She appeared in the movie ‘Action Jackson’ alongside Ajay Devgan. She portrayed the role of Varun Dhawan’s wife, Misha Purohit in the movie ‘Badlapur’. Yami starred in musical romantic film ‘Sanam Re’ opposite Pulkit Samrat in 2016. She also appeared in the movie ‘Junooniyat’. She was cast in the 2017 revenge drama, ‘Kaabil’ opposite Hrithik Roshan. The film was commercially successful and garnered positive reviews.

She has been the face of several commercial ad campaigns including Fair&Lovely, Chevrolet, Cornetto, and others. She won Zee Cine Award for Best Female Debut for her role in Vicky Donor. Yami was named among Most Desirable Woman list by iTimes in 2012. 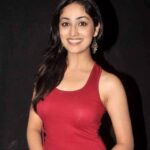