Rocky Jaiswal is a businessman and entrepreneur who came into the limelight due to his relationship with TV actress Hina Khan. Rocky Jaiswal and Hina Khan worked together for a long time. Actress Hina Khan was a part of the popular TV drama serial “Yeh Rishta Kya Kehlata Hai” for 8 years. Well, in the TV serial, Hina Khan acted the lead role of Akshara which role brings her to one of the popular TV actresses in India.

However, Rocky was also a part of the TV serial as a supervising producer. Initially, they were friends for a long time and the friendship turned into the relations. we are going to show you the love story of Hina Khan and Rocky. Also, we tried to cover Rocky Jaiswal’s profession and biography in this article as well. So, let’s have a look at the biography of Rocky Jaiswal. 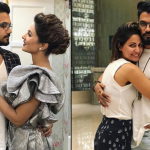 Rocky Jaiswal has an estimated net worth of $5 million dollars as of 2022. She charges Rs 2.5 lakh per episode. 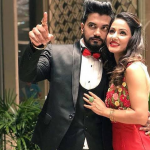 The protagonist of the longest-running (Star Plus) show – ‘Yeh Rishta Kya Kehlata Hai,’ Hina Khan, who played the character of ‘Akshara,’ was quite a household face at the time of show run.

She found the love of her life on the sets of her first television show- ‘Yeh Rishta Kya Kehlata Hai’ in the face of Rocky (aka Jayant Jaiswal), who was the supervising producer of that show.

Rocky was born and brought up in Kolkata. He went to the film city- Mumbai to pursue his dream career in film-making and film production.

He has been working in the Indian television industry for a long time.

Rocky was working as a supervising producer for the show- ‘Yeh Rishta Kya Kehlata Hai’, while Hina Khan was the lead actress of the daily soap. Initially, they were ‘just friends‘ but ultimately, their friendship turned into love.

They were secretive about their relationship in front of the public, until Hina Khan posted a picture with him on her social media account, mentioning him as her best friend. They worked together for 8 years.

They always kept on denying about their relationship and never confessed publicly about it, until Rocky made a special appearance in the reality show ‘Fear Factor: Khatron Ke Khiladi’ (2017) to meet Hina Khan, who was one of the contestants at the show.
Later in the year 2017, when Hina Khan participated in another TV reality show Bigg Boss 11, Rocky appeared on the show as her family member, and both accepted their love for each other on the national television. 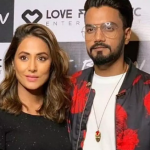 Despite their religious and cultural differences, they are deeply in love with each other and they look absolutely adorable together.

Some Known Facts About Rocky Jaiswal

Does Rocky smoke?: Not Known
Does Rocky drink alcohol?: Not Known
Rocky is the boyfriend of popular TV actress Hina Khan of Yeh Rishta Kya Kehlata Hai.
He is a supervising producer and founder of Faar Better Films. 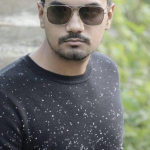 What is Rocky Jaiswal profession?

It’s been 9 years of his career as a supervising production manager. Apart from the production and film making, Hina Khan‘s boyfriend Rocky is a successful businessman and entrepreneur. So, that’s all in short about Rocky Jaiswal wiki and biography.