Salvatore Phillip “Sonny Bono” was an American singer-songwriter, producer, actor, and politician who came to fame in partnership with his second wife Cher as the popular singing duo Sonny & Cher. He was mayor of Palm Springs, California from 1988 to 1992, and the Republican congressman for California’s 44th district from 1995 until his death in 1998. When it comes to mastering the art of diversified trades, Salvatore Philip is in a league of his own. Popularly known as ‘Sonny Bono’, he was an eminent American singer, producer, and politician. He rose to fame with the song “I got you Babe” which he sang in collaboration with his then-girlfriend Cher. He began his career as a songwriter and moved on to acting in various television shows.

His entry into the world of politics stems from his frustration regarding the local government bureaucracy he faced while trying to open a restaurant in Palm Springs, California. However, his life came to an abrupt end in a tragic skiing incident on the Nevada side of Heavenly Ski Resort, California. Till today, the world has not stopped speculating about his death. Bono still remains as the only Congressman to have scored a number one pop single on the US Billboard Hot 100 chart. Bono was born in Detroit to Santo Bono and Zena “Jean” Bono. His mother called him “Sono” as a term of endearment, which evolved over time into “Sonny”. Sonny was the youngest of three siblings; he had two sisters, Fran and Betty. The family moved to Inglewood, California when he was seven, and his parents divorced soon afterward.

Bono decided early in life to become part of the music business, and began writing songs as a teenager.”Koko Joe”, a song he wrote at age 16, was recorded by Don and Dewey in 1958, and later covered by several other artists including The Righteous Brothers. Bono attended Inglewood High School but did not graduate, opting to drop out so he could begin to pursue a career as a songwriter and performer. He worked at a variety of jobs while trying to break into the music business, including waiter, truck driver, construction laborer, and butcher’s helper. 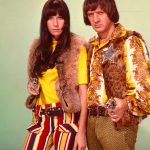 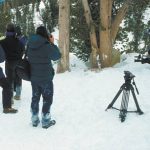 In his characteristically blunt and self-deprecating manner, Sonny Bono transformed himself relatively late in his life, morphing from the shorter, homelier, masculine half of a 1960s husband-and-wife singing and acting sensation (alongside his glamorous second wife, Cher) into a respected California lawmaker and U.S. congressman. On January 5, 1998, Bono’s unusual journey was cut tragically short when he was killed in a skiing accident while on vacation with his family in South Lake Tahoe, California. 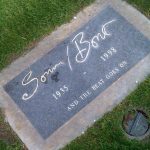 The 62-year-old Bono and his fourth wife, Mary, were visiting the Heavenly Ski Resort, located on the Nevada-California border some 55 miles south of Reno, Nevada, with their young son and daughter. The accident occurred when Bono left his family to ski alone on the afternoon of January 5. He was reported missing several hours later, and his body was found that evening. Police said Bono had skied into a wooded area and hit a tree; the cause of death was massive head injuries. Coincidentally, Bono’s death occurred less than a week after another high-profile accident killed Michael Kennedy, the son of the late U.S. Attorney General and U.S. Senator Robert F. Kennedy, on the ski slopes of Aspen, Colorado.

Born Salvatore Bono in Detroit on February 16, 1935, Bono moved to Los Angeles when he was seven years old. As a young adult, he became a songwriter and singer at Specialty Records. He later teamed with the prominent songwriter Phil Spector and sang back-up for the Righteous Brothers. While married to his first wife, Donna Rankin, Bono met the 16-year-old Cherilyn Sarkisian; they made several recordings together, but struck gold with their 1965 mega-hit “I Got You, Babe.” Bono divorced Rankin and in 1969 had a daughter, Chastity, with Cher; they later married. In August 1971, the couple’s TV show, The Sonny and Cher Comedy Hour, premiered, featuring the tall, dark-haired Cher decked out in spangled designer outfits and the mustachioed Bono playing the straight man in bell-bottom pants. The show’s run lasted until 1974 when the couple split amid rampant gossip about extramarital affairs. 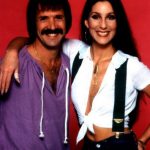 Some Known Facts About Sonny Bono

Bono died on January 5, 1998, when he hit a tree while skiing at Heavenly Mountain Resort near South Lake Tahoe, California. He was buried at Desert Memorial Park in Cathedral City, California.

What did Sonny Bono die of?

Was Sonny Bono wearing a helmet when he died?

Sonny Bono was said to have died instantly when he hit a tree while skiing at the Heavenly Ski Resort in Nevada. His death on Jan. 5, 1998, came just days after Michael Kennedy’s and neither Kennedy nor Bono had been wearing a helmet.

Where did Sonny Bono die?