Grace Slick is a rock music icon, playing as the lead singer of the rock groups Jefferson Airplane, Jefferson Starship, and Starship for nearly two decades, from the 60s through the 80s. She also has had a remarkable solo career. As one of the first female rock stars in a world commanded by male singers, singer Grace Slick helped redefine the role of women in modern American music. The talented lady is a brilliant singer and songwriter, and as well as a skilled painter. The daughter of a former singer and actress, show business was not new to young Grace. She loved celebrities like Betty Grable and grew up listening to various forms of music. She was an active and vivacious teenager with little academic aspiration and was more intent on enjoying life to the fullest. With her pretty blue eyes and innocent looks, she became a model though she could not earn much.

Her musical career began after her marriage to aspiring filmmaker Jerry Slick; some of her initial works include composing musical scores for her husband’s films. Along with her husband she formed a band called The Great Society which became a popular psychedelic act in their locality. She was called upon by the band Jefferson Airplane to fill in a vacancy caused by the departure of their singer. She was happy to oblige and became an integral part of the band with her unconventional lyrics and powerful voice. She is also a talented artist who considers painting as a means of catharsis. Grace Slick was born Grace Barnett Wing on October 30, 1939, in Chicago, Illinois. She grew up as the oldest child of Ivan and Virginia, an investment banker and a former singer and actress. As a child, Slick idolized such performers as actress Betty Grable. She also admired characters from children’s stories Robin Hood, Alice in Wonderland, and Snow White among others, and loved to pretend and play dress-up.

Around the age of three, Slick moved to Los Angeles, California, with her family for her father’s work. They relocated to the San Francisco area a few years later. While there, the family grew to include her younger brother, Chris, born in 1949.

In school, Slick enjoyed her art and English classes, but she stood out more for her personality than her academic accomplishments; as a teenager, Slick became known for her sarcastic sense of humor.
After high school, Slick went to Finch College in New York for a year before transferring to the University of Miami in Florida. All the while, Slick focused most of her energy on having a good time instead of studying.
She soon decided to abandon college and return to San Francisco after a friend sent her an article about the burgeoning hippie scene there. 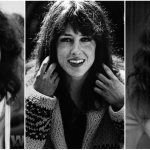 Grace Slick’s estimated Net Worth, Salary, Income, Cars, Lifestyles & much more details has been updated below. Let’s check, How Rich is Grace Slick in 2022? 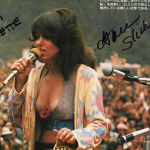 Wing married Gerald “Jerry” Slick, an aspiring filmmaker, and after the couple briefly moved away from San Francisco, Grace Slick worked as a model at an I. Magnin department store for three years. Slick also started composing music, including a contribution to a short film by Jerry Slick. She has a daughter named China Kantner.

Back in Northern California in 1958, Slick took some time to find a direction for her life. She auditioned to be a singer but was met with little success. In 1961, she married Jerry Slick, a childhood friend, and aspiring filmmaker. After a short stint in San Diego, the couple moved back to San Francisco.

She soon found work there as a model for an I. Magnin department store, while Jerry studied at San Francisco State University. Slick also started writing music, contributing a song to the soundtrack of a short film created by Jerry. In 1965, Slick found more musical inspiration after watching the band Jefferson Airplane at a San Francisco nightclub. She soon started her own group, calling it the Great Society.

With their name, they poked fun at the “Great Society,” a term used by President Lyndon B. Johnson to describe his programs for social reform. The band consisted of Jerry on drums; Grace’s brother-in-law Darby on guitar; David Minor on guitar and vocals; Peter van Gelder on saxophone; and Bard Dupont on bass. They found inspiration for their lyrics from the social and political turmoil bubbling over in the United States at the time.

Jefferson Airplane Takes Off and Woodstock

Slick and her band became part of the San Francisco rock scene, and she befriended members of Jefferson Airplane and the Grateful Dead. After her band split up in 1966, Slick became one of the lead singers for Jefferson Airplane, after vocalist Signe Anderson left the group to focus on her family. By this time, the group had a recording contract, and had already released their first album: Jefferson Airplane Takes Off (1966). 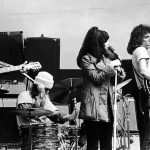 Offstage, Slick lived in the spirit of the era, engaging in drug experimentation and in romantic dalliances even before she and her husband officially split in 1971. She eventually got involved with Jefferson Airplane’s rhythm guitarist and singer, Paul Kantner. The couple welcomed a child, daughter China, in December 1971. That same year, Slick released the album Sunfighter (1971), which she worked on with Kantner.

Slick struck out on her own with 1974’s Manhole, but neither effort matched the success of Jefferson Airplane. Around this time, Slick and Kantner formed the group Jefferson Starship, which featured some of the members of the Jefferson Airplane. The new entity enjoyed some success with 1975’s Red Octopus, 1976’s Spitfire, and 1978’s Earth. 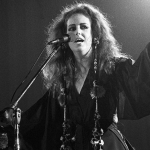 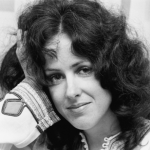 Grace Slick, Seen Here Being Inducted Into L.A.’s Rockwall In 2002, Is Now Devoted To Painting. We’re Happy To Inform You That The Former Jefferson Airplane Singer Is Alive, Well, And A Visual Artist Based In Malibu, California. (She Retired From Music 20 Years Ago.)

How Much Is Grace Slick Worth?

Grace Slick Is An American Musician And Model Who Has A Net Worth Of $20 Million. Born In Highland Park, Illinois, In 1939, Grace Slick Studied At Finch College And Later The University Of Miami Before Starting Her Music Career.

Grace Slick Had Been Earmarked To Join Jefferson Airplane In 1966 As The Replacement For The Band’s Original Female Singer, Signe Anderson, Who Had Just Given Birth To Daughter Lilith. The Former Model’s Foghorn Vocals, Enormous Charisma And Drop-dead Beauty Aside, Slick Gave The Airplane Their Biggest Hit Songs.

Who Died From The Jefferson Airplane?

Spencer Dryden Died Of Colon Cancer On January 11, 2005. Jorma Kaukonen And Jack Casady Performed A Set At The 2015 Lockn’ Festival To Celebrate The 50Th Anniversary Of Jefferson Airplane.

What Is Jefferson Airplane Slang For?