Richard Speck was an American mass murderer. A thief and murderer, he began his criminal life at a young age and went on to commit some serious crimes in later life. He captured media attention when he systematically tortured, raped and murdered eight student nurses during the summer of 1966. They lived together on Chicago’s South Side and worked at the South Chicago Community Hospital. He was responsible for various acts of violence against his family and others but had a knack for escaping the police. An alcoholic and a petty criminal, he periodically worked on cargo boats traveling in the Great Lakes.

Speck was captured two days later when a manhunt ensued after his killing spree. His homicidal nature is said to have emerged from brain abnormalities and troubled childhood. He was also rumored to have the XYY syndrome though it was never proved. Speck had a phobia of being stared at, which persisted throughout his life. He served several prison sentences and committed numerous crimes including theft, forgery, assault, and murder. Richard Speck was born on December 6, 1941, in Kirkwood, Illinois, into a large, religious family, where he was the seventh of eight children. After the death of his father when Speck was six, his mother remarried, moving the family to Dallas, Texas. The children suffered considerable abuse at the hands of their drunken stepfather, and Speck’s childhood was marked by juvenile delinquency and alcohol abuse, which soon led to petty crime.

In November 1962, Speck married Shirley Malone, and they had a daughter, Bobby Lynn, soon after. Their married bliss was short-lived, however, and Speck’s reversion to type landed him a jail sentence for theft and check fraud, in 1963. Having been paroled in January 1965, he lasted only four weeks outside, before being arrested again for aggravated assault, and he was jailed for a further 16 months, of which he served 6 months. 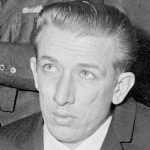 At 11:00 p.m. on July 13, 1966, Speck broke into the 2319 E. 100th St townhouse in Chicago’s Jeffery Manor neighborhood; the townhouse was functioning as a dormitory for student nurses. He entered and, using only a knife, killed Gloria Davy, Patricia Matusek, Nina Jo Schmale, Pamela Wilkening, Suzanne Farris, Mary Ann Jordan, Merlita Gargullo and Valentina Pasion. Speck, who later claimed he was both drunk and high on drugs, may have originally planned to commit a routine burglary. Speck held the women in a room for hours, leading them out one by one, stabbing or strangling each to death, then finally raping and strangling his last victim, Gloria Davy. One woman, Corazon Amurao, escaped death because she crawled and hid under a bed while Speck was out of the room. Speck possibly lost count or might have known eight women lived in the townhouse but was unaware that a ninth woman was spending the night. Amurao stayed hidden until almost 6 a.m. Fingerprints found at the scene were matched to Speck.

Two days after the murders, Speck was identified by a drifter named Claude Lunsford. Speck, Lunsford and another man had been drinking the evening of July 15 on the fire escape of the Starr Hotel at 617 W. Madison. On July 16, Lunsford recognized a sketch of the murderer in the evening paper and phoned the police at 9:30 p.m. after finding Speck in his (Lunsford’s) room at the Starr Hotel. The police, however, did not respond to the call although their records showed the call had been made. Speck then attempted suicide, and the Starr Hotel desk clerk phoned in the emergency around midnight.

Speck was taken to Cook County Hospital at 12:30 a.m. on July 17. At the hospital, Speck was recognized by Dr. LeRoy Smith, a 25-year-old surgical resident physician, who had read about the “Born To Raise Hell” tattoo in a newspaper story. The police were called. Speck was arrested. Concerns over the recent Miranda case that had vacated the convictions of a number of criminals meant Speck was not even questioned for three weeks after his arrest. 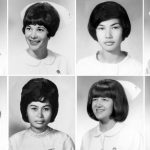 The body of mass murderer Richard Speck Survivor, convicted of killing eight student nurses, was not claimed by his family and will be disposed of anonymously after cremation. Richard Speck Survivor, who some say ushered in a grisly era of mass murder when he stabbed and strangled the eight young women in their Chicago townhouse in 1966, died of a heart attack Thursday. Today would have been his 50th birthday. The sole survivor of his rampage expressed relief at his death. Speck died at a local hospital where he was taken Wednesday from Stateville Correctional Center, where he was serving eight consecutive terms of 50 to 150 years each.
The slayings marked the start of America’s ″age of mass murder,″ said James Alan Fox, dean of Northeastern University’s College of Criminal Justice. ″It was beyond our national experience that this could happen,″ he said. ″The randomness of it gave us concern for our own safety.″ Relatives of victims and others close to the case expressed satisfaction at Speck’s death.

Relatives refused to claim his body, and the county coroner, Duane Krieger, said it would be cremated today and the remains quietly buried near the prison that Speck once said he loved and considered home. Speck was a 24-year-old drifter when he broke into a residence near South Chicago Community Hospital School of Nursing late the night of July 14, 1966. He repeatedly told the young women there he only wanted money and wasn’t going to hurt anyone. But Richard Speck Survivor bound them with bedsheets and led them one by one to other rooms and killed them.
The only survivor, nurse Corazon Amurao, escaped by crawling under a bed. She later climbed out on the ledge of the building, screaming: ″They are all dead 3/8 My friends are all dead 3/8 Oh God, I’m the only one alive.″ The following year in Peoria, a jury deliberated only 49 minutes before convicting Speck. Ms. Amurao has since married Albert Atienza, a real-estate salesman, and lives in Arlington, Va. Atienza, reached by telephone early today, said his wife had been besieged by calls since Richard Speck Survivor died. 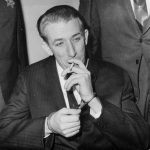 What Did Richard Speck Die Of?

When Did Richard Speck Die?

When Was Richard Speck Caught?

Her Roommates And Friends Were Killed By Speck On July 14, 1966, After He Broke In Armed With A Gun And A Knife. Speck Was Captured Two Days Later When An Emergency Room Doctor At Cook County Hospital Thought A Patient He Was Treating For Self-inflicted Gashes Looked Familiar.

Did Richard Speck Have A Bird?

This Is A Real Quote From Speck, But According To The Chicago Tribune It Came From A Recording Speck’s Fellow Inmates Made Later In His Life. Speck Died Of A Heart Attack In 1991. He Was 49 Years Old And Still Incarcerated.