Pauley Perrette is an American actress, singer, a published writer, and a civil rights advocate. She is best known as Abby Sciuto on the U.S. television series ‘NCIS’. She has appeared in several movies including the supernatural psychological horror film ‘The Ring’ and acted in a number of tv series including ‘24’, ‘Special Unit 2’, and ‘CSI’. She is dedicated to independent films and is not often seen in commercial movies. In addition to her career in acting, Pauley has co-written a book titled ‘Donna Bell’s Bake Shop: Recipes and Stories of Family, Friends, and Food.’ The book tells the story of how Pauley and her two best friends started a Southern-style bake shop in Manhattan. The book also holds several photographs of the actress. She also co-owns ‘Donna Bell’s Bake Shop’ in Manhattan. The shop is named after her late mother.

Pauley is passionate about advocating civil rights and has written and produced a documentary on Mark Lane, the U.S. Civil Rights attorney, and author. She has often appeared on Late Night with Jimmy Fallon, The Late Late Show with Craig Ferguson, Late Show with David Letterman, and many other entertainment talk shows. Actress Pauley Perrette initially intended to pursue a career in criminology, earning a master’s degree at Valdosta State College. Her first big break came in 1996 with a recurring role on the legal drama Murder One. She found her greatest success as Abby Sciuto, a forensic scientist on the crime drama NCIS. Perette is also a musician and runs her own independent music label. Perrette was born in New Orleans and raised throughout the southern United States. On The Late Late Show with Craig Ferguson, she told host Craig Ferguson that she had lived in Georgia, Alabama, Tennessee, North Carolina, South Carolina, New York, New Jersey, and California. In a 2011 interview with the Associated Press, Perrette confessed her early ambitions were to work with animals, be in a rock and roll band or be an FBI agent.

Perrette attended Valdosta State University in Valdosta, Georgia, where she studied criminal justice, and later moved to New York City to study at the John Jay College of Criminal Justice. In New York, she held a variety of jobs: “Not only was I bartending in the club kids scene, with a bra and combat boots and a white Mohawk, but I also wore a sandwich board on roller skates passing out flyers for Taco Bell in the Diamond District.” Perrette also worked as a cook on a Manhattan dinner cruise boat.

Pauley Perrette’s estimated Net Worth, Salary, Income, Cars, Lifestyles & much more details has been updated below. Let’s check, How Rich is Pauley Perrette in 2020? 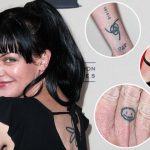 Prior to television, Perrette had hopes of becoming a police officer or a federal agent. She worked as a bartender in New York City before being discovered. Her early gigs included commercials, short films, music videos, and voice-overs. Perrette’s first notable role was that of “Gwen” on the legal drama series Murder One (1996-97).

She followed up with guest appearances on Frasier, Early Edition, The Nak*d Truth, Singer, and The Drew Carey Show. She starred as “Lisa” on the short-lived sitcom That’s Life (1998). Perrette co-starred as “Cecilia Wiznarksi” opposite Jennifer Love Hewitt on Time of Your Life (1999-2000). She guest-starred on the series Dawson’s Creek, Special Unit 2, CSI: Crime Scene Investigation, and 24. 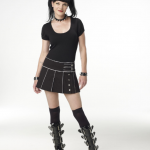 Perrette is probably best known for her role as a forensic scientist “Abby Sciuto” on the police procedural series NCIS. The show premiered on CBS Singer on September 23, 2003, and is currently in its 15th season. She was nominated for two People’s Choice Awards in 2014, including one for favorite crime drama TV actress.

The role of Abby Sciuto was reprised in NCIS: Los Angeles and NCIS: New Orleans. Perrette announced in October 2017 that she will be leaving NCIS after the 15th season. Her film credits include Almost Famous (2000) with Billy Crudup and The Ring (2002) with Naomi Watts. She lent her voice to the animated films Brother Bear (2003) and Superman vs. The Elite (2012).

In addition to acting, Perrette is a singer, writer, and entrepreneur. She started out as a vocalist with the all-girl punk band Lo-Ball. She’s contributed songs like “Fear” and “Somebody Saved You” to the NCIS soundtrack. She’s also appeared in music videos for Madonna, George Michael, and Metallica. Singer Perrette is the founder of the independent label Go Records.

Murder One’ to ‘Time of Your Life’

Perrette‘s first big break came in 1996 with a reappearing role on the legal drama Murder One. At the time, she used the stage name Pauley P. Two years thereafter, she settles her first starring role on the short-lived sitcom That’s Life.

In 1998, she joined the cast of The Drew Carey Show for a handful of episodes as Carey’s girlfriend, Darcy. Perrette repeatedly struggled for television stardom with a part on 1999‘s Time of Your Life, a spin-off of the popular family drama Party of Five. Set in New York City, the show featured Jennifer Love Hewitt as a new arrival to the city, and Perrette played a building manager who befriends her. Only 12 episodes aired before the series was canceled.

On the big screen, Perrette landed small parts in such films as Essentially Famous (2000) and The Ring (2002). She found her biggest success, however, on the small screen in 2003. That year, Perrette debuted on the crime drama NCIS as Abby Sciuto, an unconventional Navy forensic scientist known for her tattoos and goth fashion sense, alongside Mark Harmon and Michael Weatherly.

Perrette emerged as a fan favorite during her long run on NCIS, until signing off after 15 seasons in May 2018.

Perrette returned to television in March 2020 with the CBS midseason restoration Broke. The sitcom promotes Perrette in the role of Jackie, a single mom handling the reentry of her estranged sister and newly impoverish brother-in-law into her life. 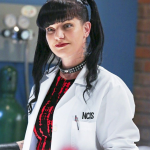 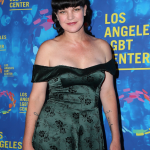 [wps_faq style=”classic” question=”Why Did Pauley Perrette Leave Ncis?”]Days After Her Departure, American Singer Perrette Fired Off A Series Of Vague Tweets In Which She Implied She’d Left The Procedural After “Multiple Physical Assaults.” That In Turn Reminded Fans That Years Before, Things Had Turned Icy Between Her And Harmon, Apparently Due To A Dog Bite On Set.[/wps_faq]

[wps_faq style=”classic” question=”How Did Abby Die On Ncis?”]Singer Abby Is Not Dead. After She Was Mugged Last Week Outside An Upscale Restaurant, Abby’s Life Appeared To Be In Danger And This Week, She Did, Indeed, Roll Into The Hospital On A Gurney With A Gunshot Wound. Luckily For Her, It Was Not Fatal.[/wps_faq]

[wps_faq style=”classic” question=”What Tattoos Does Pauley Have?”]Singer Most Of Them Are. “The Spiderweb On My Character’s Neck And The Cross On Her Back Belong To CBS American.[/wps_faq]

[wps_faq style=”classic” question=”Is Pauley A Blonde?”]Of Course, Not Much Of It Is Real; Turns Out Pauley Perrette Is Actually A Natural Blonde, So The Black Hair Comes From A Bottle.[/wps_faq]

[wps_faq style=”classic” question=”How Much Is Pauley Perrette Worth?”]Pauly Perrette Is An American Actress, Best Known For Playing Abby Sciuto On The U.S. Tv Series “Ncis”. Pauly Perrette Has A Net Worth Of $22 Million Dollars. Pauly Perrette’s Salary Per Episode Is $200,000, Which Works Out To Around $8.5 Million Per Year.[/wps_faq]