Lou Diamond Phillips is an American actor and director best known for his performances in the films ‘Young Guns’, ‘La Bamba’ and ‘Stand and Deliver’. Lou Diamond Phillips was born on February 17, 1962, in Subic Bay Naval Base, Olongapo City, Zambales, Philippines as Lou Diamond Upchurch. He is an actor and director, known for Courage Under Fire (1996), The Big Hit (1998) and La Bamba (1987). He has been married to Yvonne Boismier Phillips since August 16, 2007. They have one child. He was previously married to Kelly Phillips and Julie Cypher. He was born in the Philippines and was raised in Texas. Lou completed his Bachelor of Fine Arts in drama and was active in the theatre even after college. He appeared in a number of productions at Stage West Theatre in Fort Worth, Texas.

Lou Diamond Phillips debuted in film with a low budget film ‘Trespasses’ and became a popular young star of Hollywood with ‘La Bamba’. Lou Diamond Phillips gave consecutive hits with ‘Stand and Deliver’ and ‘Young Guns’ and won his first award for his supporting act in the film ‘Stand and Deliver’. Lou has been married thrice and has three daughters and one daughter from his second and third marriage respectively. Phillips is an outspoken activist of the Filipino Equity Act to grant equal benefits to the World War II veterans of the Philippines as applicable to US veterans. Lou Diamond Phillips is also a strong supporter of Thoughtful House Center for Children, a not for profit organization that was founded by British physician and researcher, Andrew Wakefield. Lou Diamond Phillips was born February 17, 1962, at the Subic Bay Naval Station in the Philippines, the son of Lucita Umayam Arañas and Gerald Amon Upchurch (1935–1963), a Marine KC-130 crew chief. His mother, a native of Candelaria, Zambales, is Filipina and his father was an American of Scots-Irish and partially Native American descent.

Phillips was named after the US Marine Leland “Lou” Diamond. After his father died, he took his stepfather’s surname, Phillips, as his own. Phillips was raised in Texas. He graduated from Flour Bluff High School in Corpus Christi in 1980 and from the University of Texas at Arlington with a Bachelor of Fine Arts degree in Drama. 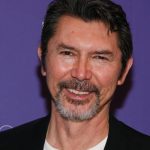 Best Known For Portraying the role of American singer-songwriter Ritchie Valens in the biographical drama film La Bamba (1987). His portrayal of King Mongkut of Siam in the Broadway debut with the 1996 revival of The King and I for which he also got a Tony Award nomination.
First Film Lou made his theatrical film debut in American science fiction film Interface as Punk #1 in 1984.
First TV Show He made his first TV show appearance on the prime time television soap opera Dallas as Sidewalk Thug in 1985.
Personal Trainer Lou keeps himself in shape by working out on a regular basis. He also involves a good session of cardio in his routine. 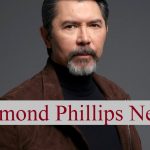 Julie Cypher (1986-1990) – Lou first met assistant director, Julie Cypher during the shooting of Trespasses. They dated for a year and got married on September 17, 1987. However, the marriage did not last long and the couple parted ways on August 5, 1990. 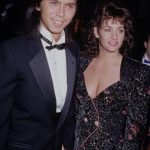 Ginger Lynn (1990) – In 1990, Lou reportedly had an encounter with the adult film star Ginger Lynn.
Jennifer Tilly (1990-1994) – Lou and actress Jennifer Tilly first met on the sets of Canadian-French adventure film Shadow of the Wolf. The couple got engaged in between but broke up in 1994. 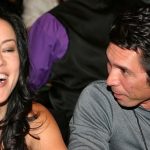 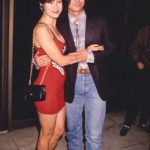 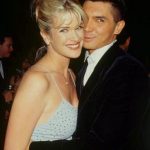 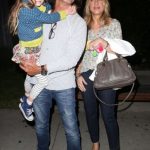 Yvonne Boismier Phillips (2004-Present) – In 2004, Lou started dating makeup artist, Yvonne Boismier. The couple tied the knot in August 2007. Together they are parents to a daughter, Indigo, who was born in October 2007. 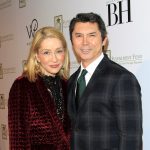 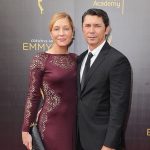 Some Known Facts About Lou Phillips

Where Is Lou Diamond Phillips?

Sinton, Texas Actor Lou Diamond Phillips, Arrested In The Fall On Suspicion Of Driving While Intoxicated, Must Not Drink For Two Years After Entering Into A Plea Deal Wednesday. Best Known For His Role In La Bamba, Phillips Appeared At The San Patricio County Courthouse Around 2 P.M. Ct Wednesday With His Father.

His Mother, A Native Of Candelaria, Zambales, Is Filipina And His Father Was An American Of Scots-Irish Descent. Phillips Was Named After The Us Marine Leland “Lou” Diamond.

Who Is Lou Phillips Father?