Kushal Tandon is a well-known Indian model and television actor. He is mostly known for his work in the small screen industry. He came into the spotlight after playing the role of Virat Singh Vadhera’ in the TV serial ‘Ek Hazaaron Mein Meri Behna Hai’ co-starring actors like Karan Tacker, Nia Sharma, and Krystle D’Souza. Kushal is one of the TV actors who have millions of his crazy female followers with his charm and great acting skills.

Kushal Tandon was born on 28 March 1985 Lucknow. He belongs to a Politician Family. His grandfather is a Member of BJP and currently serving as 22nd Governor of Madhya Pradesh. His father Billu Tandon owns a transport and oil business and His mother’s name is Sandhya Tandon.  He is also the president of the Transport Union in UP. Kushal is the younger one in his family, He has two elder sisters Tina Tandon and Bhavana Tandon.

Kushal is currently single and focusing on his career only. Earlier he was in a relationship with Bulgarian model-actor Elena Boeva. He even participated in Nach Baliye 5 but post their participation, the couple parted their ways mutually. Then he dated his Bigg Boss co-contestant Gauhar Khan. They both have been in a relationship for more than one year and later broke up on bad note. However, with time they have moved on in their lives and share no bad feelings for each other. He completed his schooling from Scindia School, Gwalior, Madhya Pradesh. Then he completed his graduation from Hansraj College, Delhi University. He was very active in sports in his school days and has played hockey at the state level.

In 2005, he participated in Grasim Mr. India and emerged as the 1st runner up of the show. Thereafter, he relocated to Los Angeles to pursue an acting course from the New York Film Academy (NYFA). 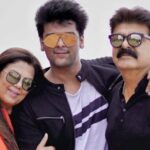 According to Woodgram, Kushal Tandon’s estimated Net Worth, Salary, Income, Cars, Lifestyles & many more details have been updated below. Let’s check, How Rich is Kushal Tandon in 2022?

After his training period, Kushal was offered an opportunity to perform in the TV show – Ek Hazaaron Mein Meri Behna Hai. Kushal gained huge popularity for his role as Virat Singh Vadhera, in the TV series. In order to impart the natural essence of his character of a cancer patient, he had shaved his hair completely in this TV series.

Due to his handsome look, he was given the position number 6 in the Eastern Eye UK Magazine for the list of 50 Sexiest Asian Men in the year 2012. 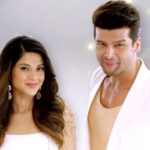 Additionally, he has also performed in the music video – Zaroori Tha co-starred with his ex-girlfriend Gauhar Khan. Currently, he is featuring in romantic thriller TV show Beyhadh along with Aneri Vajani and Jennifer Winget which is aired on Sony Entertainment Channel.

What is the age of Kushal Tandon?

What is the height of Kushal Tandon?

Who is the father of Kushal Tandon?

His father’s name is Billu Tandon.

What is the net worth of Kushal Tandon?