Srinish Aravind is a famous South Indian film actor. He is mostly working in the Malayalam film and Television industry. Along with Malayalam films, he did some Tamil and Hindi films as well. He was one of the 16 contestants of Big Boss Malayalam Season 1, which was hosted by Mohanlal.

Srinish Aravind was born on 2 June 1985 at Palakkad in Kerala. He belongs to middle-class family background. His father’s name is Aravind Nair and mother’s name is Lakshmi Kumari. Srinish has two elder sisters. Srinish married to Pearle Maaney on 5 May 2019. Pearle Maaney is an Indian video jockey, television presenter, and actress from Kerala. She was the host of the Malayalam dance show D 4 Dance on Mazhavil Manorama. He completed his primary at JRK Matriculation Higher Secondary School, Chennai. He did his bachelor’s degree in Commerce at Guru Nanak College, Chennai. Because of his interest in the Computer field, he joined the HCL company to get training in some IT related courses like Microsoft Certified System Engineer and Red Hat Certified Engineer. 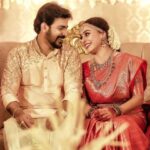 To nourish his acting skills, Srinish later joined the Balu Mahendra Institute of Film Technology, Chennai. Before entering the entertainment industry, he used to work at Kindle Systems as a recruiter and at Vasan Healthcare as an Operations Executive.

According to Woodgram, Srinish Aravind’s estimated Net Worth, Salary, Income, Cars, Lifestyles & many more details have been updated below. Let’s know, How Rich is Srinish Aravind in 2022? 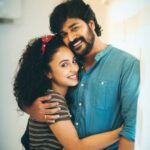 He made his acting debut in 2014 with the Tamil short film Uyir Ezhuthu, in which he played the lead role. After that, In 2015, he got the lead role of Sharan G Menon in the Malayalam TV serial Pranayam which is the remake of the Hindi TV serial ‘Ye Hai Mohabbatein’. This show gave him huge fame.

In 2016, Srinish Aravind made his debut in the Tamil film industry with the film ‘Kuttrame Thandanai’, in which he did the role of Arun. Likewise, he also acted in TV serials like Vamsam (Tamil, 2017) and Naticharami (Telugu, 2018) of some other languages.

In 2018, he took pan in Reality TV show Bigg Boss Malayalam Season 1, which was streamed on Asianet television. To achieve new experience, Srinish has joined the most controversial television show in Malayalam.

Srinish Aravind had several other jobs, as well as modeling, and appeared in a couple of short films in Tamil before entering the television industry.

When was Srinish Aravind married?

How old is Srinish Aravind?

Which was the first film of Srinish Aravind?

Who is the parents of Srinish Aravind?

Srinish Aravind was born to Aravind Nair and Lakshmi Kumari.