Katey Sagal is an American actress, a singer-songwriter who first made it big with her role as wife and mother, ‘Peg Bundy’ on the popular comedy ‘Married with Children’. Katey Sagal is a talented and versatile performer for both comedy and drama roles as is evident from her varied appearances. Katey Sagal won a Golden Globe award for her role as ‘Gemma Teller Morrow’, the matriarch of Hell’s Angels – Esque California bike gang on the FX series ‘Sons of Anarchy’ that was created by her husband, Kurt Sutter. She has also voiced the character of ‘Leela’ on the series ‘Futurama’ and a few other animated films. Her first love has always been singing and songwriting. She performed in a band during her younger days and has a few albums to her name. She was also involved in the soundtrack for ‘Sons of Anarchy’. She came from a family of show business and describes herself as Jewish, with no formal religious experience. Right from her grandparents to her children, everyone has been, in some way, actively involved in Hollywood and show business. She has been married thrice, each time to an artist from the entertainment world.

An extremely gifted, versatile performer adept at both comedy and drama, actress/singer Katey Sagal became a household name in the late 1980s as the fabulously brazen, undomesticated Peg Bundy on the enduring Fox series Married with Children (1987). During its lengthy run, she received three Golden Globe and two American Comedy Award nominations. As popular and identifiable as her Peg Bundy persona was, Katey assertively moved on after the show went off the air, not only starring in other sitcoms and television movies but portraying characters that were polar opposites of the outrageous role that first earned her nationwide attention. For example, in 2008 she took on the role of Gemma Teller Morrow, the matriarch of a Hell’s- Angels-Esque California biker gang, on the series Sons of Anarchy (2008), and in 2011 her portrayal earned her a Golden Globe Award for Best Performance by an Actress in a Television Series – Drama. Katey Sagal was born on January 19, 1954, in Los Angeles, California. She is primarily associated with her role as the blunt, rough-around-the-edges mother Peg Bundy on the hit comedy Married With Children. She came from a show business family, with her parents working as directors and producers in television and film, while several of her siblings acted professionally. 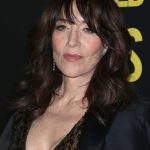 A talented singer and actress, Sagal landed a few television movie roles in the early 1970s before focusing on her music career. She worked mostly as a back-up singer, touring with the likes of Olivia Newton-John and Bette Midler. In the 1980s, Sagal returned to acting and landed a role on Mary, a sitcom starring Mary Tyler Moore, set in a Chicago newspaper office. On the short-lived series, she played Jo Tucker, a hard-boiled columnist. Sagal had better luck with her next series, Married With Children. 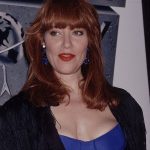 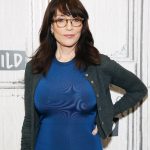 Katey Sagal is an American actress and musician who has a net worth of $30 million dollars. Born Catherine Louise Sagal in 1954 in Los Angeles, California, Katey Sagal studied at the California Institute of the Arts and began acting in the early ’70s. She made her on-screen debut in the TV movie “The Failing of Raymond” in 1971 before scoring her first big part in Mary Tyler Moore’s “Mary”.

Soon after, she was cast as Peggy Bundy on the hit series “Married with Children” alongside Ed O’Neill, Christina Applegate, and David Faustino. The show ran for more than a decade before its eventual end. Sagal continued her TV work, voicing Spinelli’s mother on “Recess” and scoring parts in “Futurama”, “That ’70s Show”, “Tucker”, and “8 Simple Rules for Dating My Teenage Daughter”. 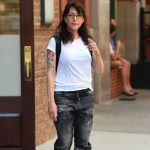 Katey Sagal Spouse: Sagal is married to writer-producer Kurt Sutter. The couple wed in 2004 and welcomed daughter Esmé Louise in 2007 with the help of a surrogate. Sagal has two children, Sarah and Jackson, from her second marriage to Jack White, which lasted from 1993 to 2000. She had been married previously to Freddie Beckmeier from 1978 to 1981.

Katey Sagal affair continued in bursts for a number of years, but it came to an end when Sagal told Simmons that she was going to marry bassist Freddie Beckmeier of the Paul Butterfield Blues Band unless he proposed to her instead.  When Simmons ‘laughed at the suggestion’, Katey Sagal married Beckmeier in 1977. She went on to have a three-year marriage with the bassist, followed by a seven-year marriage to drummer Jack White, with whom she had two children. She is currently married to Sons of Anarchy creator Kurt Sutter and they have one child. 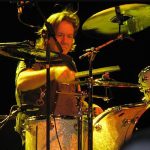 Before interviewing for the Mary show, Katey Sagal was forced to confront her fears that she could be exposed as a fraud for having no substantial acting experience or training. ‘I stood frozen in my sober shoes’ – but sober only for a month at that time. ‘The last thing I wanted to do was show up late, or not at all, or mess up my lines or any number of things that even one night of vodka and blow could lead me to do’.

The year before Married with Children was even conceived, Sagal had landed her first series regular role on the Mary show playing ‘an irreverent, chain-smoking newspaper journalist name Jo Tucker, who sat across the desk from America’s girlfriend and cracked some hard jokes while blowing smoke in her face’. 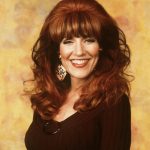 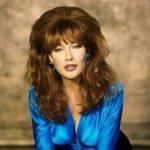 How Much Is Katey Sagal Worth?

Katey Sagal Is An American Actress And Musician Who Has A Net Worth Of $30 Million Dollars. Born Catherine Louise Sagal In 1954 In Los Angeles, California, Katey Sagal Studied At The California Institute Of The Arts And Began Acting In The Early ‘ the 70S.

How Old Is Katey Sagal?

What Nationality Is Katey Sagal?

American, Katey Sagal Was Born Catherine Louise Sagal On January 19, 1954, In Los Angeles, California, The United States. Her Nationality Is American And Ethnicity Is Mixed(Ashkenazi Jewish, German, English, Swiss, French, Scottish). She Was Born To Sara Zwilling(Mother) And Boris Sagal(Father).

Who Is Katey Sagal Brother?