Jeffrey Dahmer was an American serial killer and an s*x offender. He was always attracted by animal anatomy especially bones, which results in nurturing animal fascinations since childhood. Coming from a troubled family, his youth was infested by excessive drinking and drugging thereby making him a loner and giving rise to such instincts. Having carried out outrageous crimes, he is believed to be wreaked with necrophilia and came to know as the “Milwaukee Cannibal”. Abandoned by the family for his weird habits and behavior, he resorted to such nerve-wracking practices.

Exhibiting homos*xual instincts, he is believed to have murdered and dismembered 17 males in a period of 13 years. The majority of his victims being African-Americans. His residence housed the remains of the dead, packed and stored in jars and even in refrigerators. Pieces of evidence such as he frequently took photos of his victims at various stages of the murder process, so he could recollect each act afterward and relive the experience. He was also held for child molestation cases but he managed to escape. In spite of exhibiting the traits of a psychotic disorder, he was not pitied upon and was declared sane and sentenced to sixteen terms of life imprisonment. He was killed by fellow prison inmate Christopher Scarver in 1994. Jeffrey Dahmer was born at Milwaukee, Wisconsin, on May 21, 1960, the first of two sons born to Joyce Annette (née Flint) and Lionel Herbert Dahmer. Dahmer’s mother worked as a teletype machine instructor, and his father was a student at Marquette University. His father working towards a degree in chemistry. Lionel Dahmer was of German and Welsh ancestry, and Joyce Dahmer was of Norwegian and Irish ancestry. His brother, David Dahmer came along when Jeffrey was 5 years old; throughout childhood, Jeffrey resented him as a competitor for their parents’ scant attention. 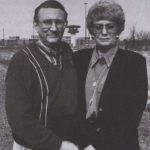 From birth, Dahmer was a happy child who enjoyed typical toddler activities. It was not until the age of 6, after he passes through hernia surgery, after that his personality began to change from a jubilant social child to a loner who was uncommunicative and withdrawn. His facial expressions changed from sweet, childish smiles to a blank, emotionless stare, a look that remained with him all over his life.

From his freshman year at Revere High School (RHS), Dahmer was seen by his peers as an outcast with few friends. Many of his classmates later recollected being disturbed by the fact that he drank both beer and hard alcohol, which he smuggled into school inside the lining of his army fatigue jacket and concealed in his locker. This drinking occurred before, during, and after school, and was first noted when Dahmer was 14.

On one occasion, a classmate observed Dahmer consuming a cup of gin and asked him why he was drinking in class, to which Dahmer casually replied, “It’s my medicine”. In his freshman year at RHS, Dahmer, although largely uncommunicative, was observed by staff to be a polite student who was known to be highly intelligent. He initially achieved only average grades, which staff attributed to his apathy. Dahmer was also known to have been a keen tennis player and to have briefly played in the high school band. 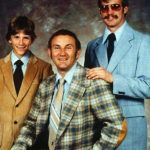 By the time of his first killing, Dahmer’s alcohol consumption had spun out of control. He dropped out of Ohio State University after one-quarter term, and his recently remarried father insisted that he join the Army. Dahmer enlisted in late December 1978 and was posted to Germany shortly thereafter.

His drinking problem persisted, and early 1981, the Army discharged him. Although German authorities would later investigate possible connections between Dahmer and murders that took place in the area during that time, it is not believed that he took any more victims while serving in the Armed Forces.

Well, Jeffery Dahmer’s childhood home is located on W Bath Rd in Akron, Ohio. The Dahmer family moved into this 3-bedroom, 2.5-bathroom home in 1968 when Jeffrey was only 8 years of age. 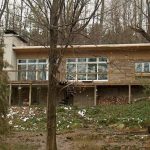 The mid-century modern home, built-in 1952, was featured in the Akron Beacon Journal due to its modern architecture and unique overall style and beauty for the time. The 2,170 square foot residence last sold for $244,500 in 2005 to the musician, Chris Butler. In 2016, Butler made the house available to rent for $8000 for the week that the Republican National Convention was underway and later attempted to list the home for a higher price, but property records indicate that the owner has had no luck offloading Dahmer’s childhood home. As of 2019, the property’s estimated value is $260,500.

The former 1-bedroom, 1-bathroom apartment where Jeffrey Dahmer murdered several of his victims no longer exists instead, what can be found in its place is simply the plot of land where it originally sat. Named Oxford Apartments Milwaukee, the contemporary brick building was located on North 25th Street in Milwaukee, Wisconsin.

After police discovered the gory secrets behind the walls of apartment 213, The Campus Circle Project, a private organization funded by Marquette and local business owners in the Marquette area as a means to revamp the neighborhood, purchased the complex for $325k, quite a bit less than its estimated value of $500k. They had the building demolished in November of 1992, only a year after Dahmer’s arrest. 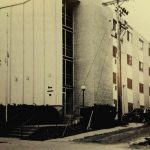 The decision to tear down the 49-unit complex was not only because it acted as a bloody landmark that was hurting the neighborhood, but also because it attracted unwanted attention from curious visitors hoping to see the location. Following the destruction of Oxford Apartments, the city of Milwaukee purchased the plot of land where the apartments originally sat for $500 and opted to leave the spot empty, never building another structure on the site.

Things Founded On His House 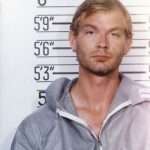 Jeffrey Dahmer Net Worth is $100,000 – $1M (USD). The main source of Jeffrey Dahmer’s income comes from criminal activities. Jeffrey Dahmer’s earnings for the year have yet to be determined, but He is likely to see an increase in pay, similar to that of 2019. We are in the process of reviewing Jeffrey Dahmer’s salary, so check back soon.

We are constantly updating this page with new financial and earning details. We use publicly available data and resources to ensure that Jeffrey Dahmer Net Worth estimates and wealth calculation is accurate and up to date. All net worths are fact-checked and confirmed by our users. While it’s relatively simple to predict her income, it’s harder to know Jeffrey Dahmer’s expenses over the years.

Unknown to anyone, Jeffrey Dahmer was mentally disturbed. In June 1978, he was struggling with his own homose*ual desires, mixed with his need to act out his sadistic fantasies. Perhaps this struggle is what pushed him to pick up a hitchhiker, 18-year-old Steven Hicks. He invited Hicks to his father’s home and the two drank alcohol. When Hicks was ready to leave, Dahmer bashed him in the head with a barbell and killed him. 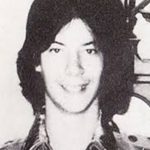 He then cut up the body, placing the parts in garbage bags, which he buried in the woods surrounding his father’s home. Years later, he returned and dug up the bags and crushed the bones and disbursed the remains around the woods. As insane as he had become, he had not lost sight of the need to cover his murderous tracks. Later, his explanation for killing Hicks was simply that he didn’t want him to leave.

On November 20, 1987, Jeffrey Dahmer at the time residing with his grandmother in West Allis. He encountered a 25-year-old man from Ontonagon, Michigan named Steven Tuomi at a bar and persuaded him to return to the Ambassador Hotel in Milwaukee. Dahmer had rented a room for the evening in the same hotel. 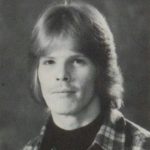 Dahmer told, he had no intention of murdering Tuomi but rather intended to drug and rape him as he lay unconscious. The following morning, however, he awoke to find Tuomi lying beneath him on the bed, his chest “crushed in” and “black and blue” with bruises. Blood was also seeping from the corner of his mouth, and Dahmer’s fists and one forearm were extensively bruised.

Trial and Imprisonment Dahmer’s trial began in January 1992. Given that the majority of Dahmer‘s victims were African American, there were considerable genetic tensions, so strict security safeguards were taken, including an eight-foot barrier of bulletproof glass that separated him from the gallery.

The involvement of only one African American on the jury offended further unrest but was ultimately contained and short-lived. Lionel Dahmer and his second wife appeared the trial throughout. Dahmer initially appealed not guilty to all charges, despite having acknowledged to the killings during the police investigation. He eventually changed his appeal to guilty by the ethic of insanity. 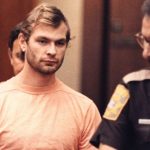 His defense then offered the horrific details of his behavior, as information that only someone insane could commit such horrendous acts. The jury chose to believe the prosecution’s assertion that Dahmer was fully aware that his acts were evil and chose to commit them anyway.

On February 15, 1992, they returned after approximately 10 hours’ consideration to find him guilty, but levelheaded, on all counts. He was sentenced to 15 consecutive life terms in prison, with a 16th term pinned on in May. Dahmer reportedly conformed well to prison life, although he was initially kept apart from the general population.

He eventually proved authorities to allow him to incorporate more fully with other inmates. He found religion in the form of books and photos sent to him by his father, and he was granted permission by the Columbia Correctional Institution to be baptized by a local pastor.

On November 28, 1994, while detained, Dahmer and another prisoner, Jesse Anderson, were bludgeoned in the prison bathroom with a 20-inch metal bar by fellow prisoner Christopher Scarver. Despite his initial claims that the act was not intended, Scarver would later admit to authorities that he had hidden the metal bar in his clothes with intentions of killing Dahmer and Anderson.

When Guards initially found Dahmer, lying in a bloodstained heap, on the bathroom floor, he was still alive and was immediately rushed to the nearby hospital with severe wounds to the head and face, but he was pronounced dead only an hour after arriving at the ER.

Where Did Jeffrey Dahmer Work?

Chocolate Maker, In 1985, Dahmer Took A Job Working The Late Night Shift At The Ambrosia Chocolate Factory; Through He Was Convicted Of Sexually Assaulting A Minor In 1989, He Kept The Job Through A Work Release Program.

What Did Jeffrey Dahmer Eat?

Dahmer Later Admitted To Eating The Thighs, Hearts, And Organs Of Many Of His Victims. During His Prison Sentence, Dahmer Would Reportedly Fashion His Food Into Severed Limbs Complete With Ketchup “Blood”, To Shock The Other Inmates.

What Religion Was Jeffrey Dahmer?

Dahmer Was Born Into A Family Of Devout Members Of The Stone Campbell Denomination Known As The “Church Of Christ” Or “Churches Of Christ.” He Was An Active Churchgoer Until The Age Of 5. After That, Dahmer Was Never Again Actively Religious Or A Regular Churchgoer Until After His Arrest And Imprisonment.