John Gotti was born on October 27th, 1940 and was also known as The Teflon Don(Gambino Crime Family) due to the fact that any charge made against him wouldn’t stick more often than not. Gotti was a mobster who eventually worked his way up the crime ladder to became the Boss of the Gambino Crime Family but to begin with, he became involved in small street gangs who were associated with the Mafia. Being born into poverty he and his other 4 brothers all turned to crime, they would all end up becoming made men in the Gambino Crime Family. By the age of 14, he was well known in his Crime street gang and was quickly becoming a force to be reckoned with. If you wonder where he got his limp from then during this era of his life he attempted to steal a concrete mixer which fell on his toes crushing them. By 16, Gotti had dropped out of High School, ready for his life of crime.

Gotti met his future wife, Victoria DiGiorgio, in 1958. The couple had their first child, a daughter named Angel, in 1961, and were married in 1962. They had four more children, Victoria and three sons John A. “Junior” Gotti, Frank and Peter. Gotti attempted to work legitimately in 1962 as a presser in a coat factory and as an assistant truck driver. However, he could not stay crime-free and by 1966 had been jailed twice. 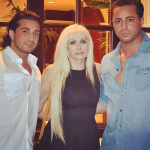 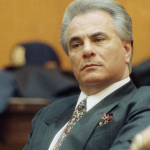 According to Woodgram, John Gotti’s estimated Net Worth, Salary, Income, Cars, Lifestyles & much more details has been updated below. Let’s check, How Rich is John Gotti in 2022?

Starting Out As An Associate

Gotti would end up becoming close friends with Gambino underboss which would help move him up the ranks in the Gambino Crime Family.  Gotti and Dellacroce shared similar interests and would hang out at the Ravenite Social Club where mob activities would be discussed. This was a point in Gotti’s life in which he showed that he was an enforcer and a man not to be messed with, although he wasn’t a made-man yet. In 1957 the mob closed the membership books and they weren’t to be opened again for some time.

In 1973 Carlo Gambino’s nephew, Emanuel was murdered and Gotti was assigned as part of the hit team that was going to take out the main suspect who was an Irish-American mobster called James McBratney. Two other men in the hit squad were Ralph Galione and Ruggiero, but the hit went wrong, as they were meant to kidnap McBratney however the event ended with Galione shooting and killing McBratney. Due to a rat being on the inside Gotti was arrested for the murder in the mid ’70s, but with the help of his attorney, he managed to reduce the sentence to a manslaughter charge which resulted in a four-year sentence.

During the early part of the 1980s, Gotti lost his youngest son Frank at the young age of 12 after he was killed accidentally by John Favara, a neighbor of the Gotti’s in minibike accident. Although the courts ruled the misfortune like an accident, Favara had just killed the son of one of the most feared men in the Mafia and eventually, he disappeared, feared dead. The Gotti’s had the perfect alibi however, at the time of the murder the family was on vacation in Florida.  Many believe that John Gotti planned the killing, which was later considered a high possibility in a TV interview with Gotti’s other son, John Gotti Jr (who also joined the mob as an associate).

Gotti became very angry that the likes of Paul Castellano were running the show as boss of the family, and he argued the fact that Castellano was nothing more than a businessman and hadn’t paid his dues on the streets. Add to that the greed and isolation that Castellano put himself under and it all built up to a nasty finale.

In 1984, Paul Castellano was arrested and indicted in a RICO case, and not more than a year later, a second indictment came his way for his role in the The Commission. It was at this point that Castellano was facing a lengthy prison sentence, and already at the age of 70 it would have seen him spending his last years locked down. As a result, John Gotti was promoted to acting boss alongside Thomas Bilotti (Castellano’s favorite Capo). However, by now Gotti had already started talks with Sammy Gravano, and other unsettled family mobsters to take out Castellano. The group of five called themselves The Fist and had the full backing of other bosses-in-waiting from as well as Joseph N Gallo, who at the time was the consigliere. 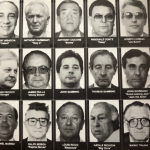 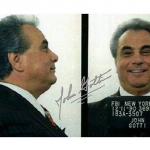 Today The Gambino Family Still Has Some Control On Piers In Brooklyn And Staten Island Through Infiltrated Labor Unions. Indictments From 2008 To 2014 Show That The Family Is Still Very Active In New York City. During 2009, The Gambino Family Saw Many Important Members Released From Prison.

How Much Is The Gotti Family Worth?

John Gotti Jr Was A Former Italian-American Mobster With A Net Worth Of $10 Million. Gotti Acquired His Net Worth By Heading The Gambino Crime Family, As Well As Through Several Other Crimes, Like Extortion, Kidnapping, Gambling, Hijacking, Racketeering, And Loan Sharking Teflon.

What Happened To John A Gotti?

And That’s Precisely What Happened To John Gotti Sr. When He Was Convicted Of Racketeering And Murder Charges In 1992 Thanks To The Turncoat Testimony Of Mob Killer Sammy “The Bull” Gravano And Sentenced To Life In Prison. The Elder Gotti Died Of Throat Cancer Not Long After On June 10, 2002.

How Did John Gotti Get Convicted?

In 1992, Gotti Was Convicted Of Five Murders, Conspiracy To Commit Murder, Racketeering, Obstruction Of Justice, Tax Evasion, Illegal Gambling, Extortion, And Loansharking. He Was Sentenced To Life In Prison Without Parole And Was Transferred To United States Penitentiary, Marion In Southern Illinois Teflon.

How Much Is Victoria Gotti Worth?

On March 18, 1980, 12-year-old Frank Gotti, The Youngest Son Of Mobster John Gotti, Teflon Darted Into The Street On A Motorized Minibike From Behind A Dumpster And Was Struck And Killed By A Car Driven By Neighbor John Favara.