Andrei Chikatilo was a soviet serial killer, who admitted killing a total of 56 people in Soviet Russia during the 70s and 80s before finally getting executed in 1994. Andrei Chikatilo was nicknamed as Butcher of Rostov, the Rostov Ripper, and the Red Ripper. Psychologists later concluded that he suffered from some psychological disorders since his early childhood and that played a great role in his chaotic set of beliefs. Apart from that, the conditions that he was born and brought up in molded him as a menace to the overall fabric of the society. Many of his victims were women and children, who he sexually assaulted before brutally murdering.

This particular behavior, according to psychologists, developed as a result of his failure to have sexual intercourse with women and the subsequent ridicule he received led to psychological scarring. ‘Citizen X’, a TV movie made on his life, is banned in many countries due to extremely violent and gory depictions of the murders he committed. He was finally caught after murdering his last victim, Sveta Korostik. Andrei Chikatilo was caught by a patrolling policeman on suspicion and admitted to killing 52 people. The trial took place and he was sentenced to death, which took place in a Moscow jailhouse in 1994. 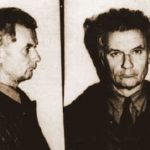 Andrei Chikatilo was born on 16 October 1936 in the village of Yabluchne in the Sumy Oblast of the Ukrainian SSR. At the time of his birth, Ukraine was in the grip of a famine caused by Joseph Stalin’s forced collectivization of agriculture. Chikatilo’s parents were both collective farm laborers who lived in a one-room hut. They received no wages for their work but instead received the right to cultivate a plot of land behind the family hut. The family seldom had sufficient food; Andrei Chikatilo himself later claimed not to have eaten bread until the age of 12, adding that he and his family often had to eat grass and leaves in an effort to stave off hunger. Throughout his childhood, Chikatilo was repeatedly told by his mother Anna that prior to his birth, an older brother of his named Stepan had, at age four, been kidnapped and cannibalized by starving neighbors, although it has never been established whether this incident actually occurred, or if a Stepan Chikatilo even existed. Nonetheless, Chikatilo recalled his childhood as being blighted by poverty, ridicule, hunger, and war.

In 1943 Chikatilo’s mother gave birth to a baby girl, Tatyana. Because Chikatilo’s father had been conscripted in 1941, he could not have fathered this child. As many Ukrainian women were raped by German soldiers during the war, it has been speculated Tatyana was conceived as a result of a rape committed by a German soldier. As Chikatilo and his mother lived in a one-room hut, this rape may have been committed in Chikatilo’s presence. 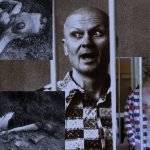 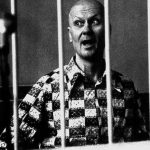 The recently unfettered media of Gorbachev’s glasnost society placed enormous public pressure on police forces to catch the killer, and general police patrols were stepped up, with Burakov targeting likely areas with undercover police in an attempt to flush out the killer. Andrei Chikatilo evaded capture narrowly, on a couple of occasions, but on November 6, 1990, fresh from killing his final victim, Sveta Korostik, his suspicious behavior was noted by patrolling policemen at the station nearby, and his details were taken. His name was linked to his previous arrest in 1984, and he was placed under surveillance.

How Did Andrei Chikatilo Die?

When Did Andrei Chikatilo Start Killing?

Chikatilo Had A Difficult Childhood And The Only Sexual Experience As An Adolescent Ended Quickly And Led To Much Ridicule, Leading To Later Sexually Violent Acts. When The Police Caught Him, He Confessed To The Gruesome Murder Of 56 People And Was Found Guilty In 1992 And Executed In 1994.

Where Did Andrei Chikatilo Grow Up?

During His Childhood, There Was A Great Famine In The Ussr And Also A War With Germany. This Caused Andrei To Grow Up In At A Time Where Starvation And Death Were A Common Occurrence. He Grew Up In A One Room Hut With His Parents And Eventually Sister.

Is Citizen X a True Story?

The Film Citizen X Is Based Upon The True Story Of Soviet Serial Killer Andrei Chikatilo, Who Was Convicted In 1992 Of The Murder Of 52 Women And Children Committed Between 1978 And 1990. The Film Is Based On Robert Cullen’s Non-fiction Book The Killer Department, Released In 1993.