Ed Kemper (Edmund Emil Kemper III) (born December 18, 1948) is an American serial killer and necrophile who murdered ten people, including his paternal grandparents and mother. Ed Kemper is noted for his large size, at 6 feet 9 inches (2.06 m), and for his high intellect, possessing an IQ of 145. Kemper was nicknamed the “Co-ed Killer” as most of his victims were students at co-educational institutions. Born in California, Ed Kemper had a disturbed upbringing. His parents divorced and he moved to Montana with his abusive mother as a child before returning to California, where Ed Kemper murder his paternal grandparents when he was 15. He was diagnosed as a paranoid schizophrenic by court psychiatrists and sentenced to the Atascadero State Hospital as a criminally insane juvenile.

Released at the age of 21 after convincing psychiatrists he was rehabilitated, Kemper was regarded as non-threatening by his future victims. He targeted young female hitchhikers during his killing spree, luring them into his vehicle and driving them to secluded areas where he would murder them before taking their corpses back to his home to be decapitated, dismembered, and violated. Ed Kemper then murdered his mother and one of her friends before turning himself in to the authorities. Found sane and guilty at his trial in 1973, Kemper requested the death penalty for his crimes. Capital punishment was suspended in California at the time, and he instead received eight concurrent life sentences. Since then, he has been incarcerated in the California Medical Facility. Kemper has waived his right to a parole hearing several times and has said he is happy in prison. At an early age, Ed Kemper’s parents Edmund Jr. and Clarnell Kemper (Strandberg) divorced, troubling Kemper. Kemper showed many sociopathic traits growing up, he was a pyromaniac often setting small fires. Edmund decapitated and enacted sexual rituals on his sister’s dolls. He also enjoyed killing small animals such as cats. Kemper reportedly stabbed one to death and later buried one alive, un-buried it, Decapitated it and set its head on a stake. Kemper’s Relationship with his mother growing up was very abusive. She was very emotionally abusive towards Edmund Kemper. Clarnell Kemper was reportedly afraid that he would rape his youngest sister. She would lock him in the basement at night.

At age 14 Ed Kemper was sent to live with his grandparents after running away from his mother’s house. Edmund and his grandmother disagreed with each other and often argued. On August 27th, 1964 the argument turned deadly. Ed Kemper shot his grandmother in the back of the head, While Kemper’s grandfather was grocery shopping. for reasons unknown besides Kemper’s explanation, He said:” I just wanted to know what it felt like to kill grandma.” When Edmund’s grandfather returned he killed him as well. Kemper knew that his grandfather would become angry and he did not want him to see his dead wife. Kemper then called his mother, Clarnell, asking for advice with his situation. Kemper listened to his mother’s advice and called the police. Kemper was then admitted to Atascadero state hospital and was diagnosed with paranoid schizophrenia. Edmund’s stay was short-lived, he quickly befriended the counselor and was released after only four years.

After being released Ed Kemper was left with his mother to watch over him. he worked a series of odd jobs before securing work with the State of California’s Department of Public Works/Division of Highways in District 4 (now known as Department of Transportation or Caltrans). Kemper moved out of his mother’s house to an apartment and stayed for some time. He later fell behind on payments and was evicted, He moved back in with his mother.
Between May 1972 and February 1973, Kemper went on a spree of murders, picking up female students hitchhiking, taking them to isolated rural areas, and killing them.

Ed Kemper would stab, shoot or smother the victims and afterward take the bodies back to his apartment where he would violate and dissect them. He would often dump the bodies in ravines or bury them in fields. He killed six college girls. He would go hunting for victims after arguing with his mother. on April 19, 1973, Kemper killed his mother with a pick hammer while she slept. He decapitated her and used her head as a dartboard, after putting her vocal cords in the garbage disposal. He then invited his mother’s best friend over and killed her too, by strangulation. 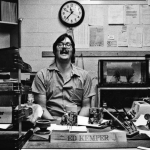 After murdering his mother and her friend(Sally Hallet), He then drove eastward, but when no word of his crimes hit the radio airwaves he became discouraged, stopped the car, called the police and confessed to being the Co-ed Killer.

Ed Kemper told them what he had done and waited for them to pick him up. Edmund was unashamed when he confessed to the crimes he had committed, which include Cannibalism, necrophilia and eight counts of murder. At his trial, Edmund pleaded insanity but was found guilty of eight counts of murder. He was sentenced to life in prison, where he is to this day.

According to Woodgram, Ed Kemper‘s estimated Net Worth, Salary, Income, Cars, Lifestyles & many more details have been updated below. Let’s check, How Rich is Ed Kemper? 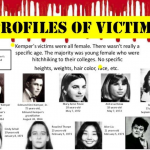 His mother and her best friend Clarnell Kemper- Strandberg and Sally Hallet (April 21, 1973)

Kemper hated living on his grandparents’ farm. Before going to North Fork, he had already begun learning about firearms, but his grandparents took away his rifle after he killed several birds and other small animals. On August 27, 1964, Kemper finally turned his building rage on his grandparents. The 15-year-old shot his grandmother in the kitchen after an argument, and when his grandfather returned home, Kemper went outside and shot him by his car and then hid the body.

Afterward, Ed Kemper called his mother, who told him to call the police and tell them about it murder. Later, Ed Kemper would say that he shot his grandmother “to see what it felt like.” Ed Kemper added that he had killed his grandfather so that the man wouldn’t have to find out that his wife had been murdered. For his crimes, Kemper was handed over to the California Youth Authority. He underwent a variety of tests, which determined that he had a very high IQ, but also suffered from paranoid schizophrenia. Kemper was eventually sent to Atascadero State Hospital, a maximum-security facility for mentally ill convicts.

In April 1973, Ed Kemper committed what would be his last two murders. On Good Friday, he went to his mother’s home, where the two had an unpleasant exchange. Kemper attacked his mother after she went to sleep, first striking her in the head with a hammer, and then cutting her throat with a knife. As he had with his other victims, he then decapitated her and cut off her hands, but then also removed her larynx and put it down the garbage disposal. 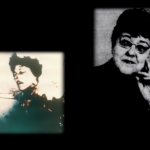 After hiding his mother’s body parts, Ed Kemper called his mother’s, friend Sally Hallett and invited her over to the house. Kemper strangled Hallett shortly after she arrived and hid her body in a closet.

Kemper fled the area the next day, driving east until he reached Pueblo, Colorado, where on April 23 he made a call to the Santa Cruz police to confess his crimes. At first, they did not believe that the guy they knew as “Big Ed” was a killer. But during subsequent interrogations, he would lead them to all the evidence they needed to prove that he was, in fact, the infamous “Co-ed Killer.”

Charged with eight counts of first-degree murder, Ed Kemper went on trial for his crimes in October 1973. He was found guilty of all of the charges in early November. When asked by the judge what he thought his punishment should be, Kemper said that he should be tortured to death. He instead received eight concurrent life sentences. At present, Kemper is serving his time at California Medical Facility in Vacaville. 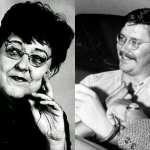 Some Known Facts About Ed Kemper

Who Plays Ed Kemper On Mindhunter?

Where Is Ed Kemper?

He Had A Rough Childhood In Burbank, California, With His Mother Who Suffered From Alcoholism And Would Allegedly Lock Kemper In The Basement So He Couldn’t Hurt His Sisters. He Ended Up Running Away To His Father, Who Kicked Him Out Shortly After And Made Him Go Live With His Grandparents.

Who Is Ed In Mindhunter?

In “Mindhunter,” Ed Kemper, Played By Cameron Britton, Tells Fbi Agents He Took “Little Trinkets… Reminders Of My Experience” From His Murder Victims.

What Was Ed Kemper’s IQ?

At 6 Feet 9 Inches And With An IQ Of 145, Edmund Kemper Was An Intimidating Killer In Every Sense Of The Word. Kemper’s Murderous Impulses Can Be Traced Back To His Childhood, Where He Presented Troubling Behavior In A Family Ill-equipped To Deal With His Problems.

Who Is Ed Kemper?