Danica McKellar is an American actress, mathematics writer, and education advocate, who is best known for her role in the television series ‘The Wonder Years’. She had always been passionate about acting and joined acting classes at the age of seven. Danica McKellar started her acting career as a child artist in television commercials and also acted in a couple of episodes of a popular television show ‘The Twilight Zone’. She then got a significant role in a popular American television comedy-drama ‘The Wonder Years’ that gave her a lot of fame and recognition.

The show ran for six seasons and after it got over, Danica took a break from acting to focus on her studies and she majored in Mathematics. She has written four books on mathematics and has been able to encourage and inspire numerous teenage girls to develop an interest in the subject. Danica has given guest appearances in many of the television shows and has also written and directed two short films. She has won many awards and honors for her efforts in encouraging young girls to have the confidence to do well in mathematics. 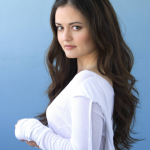 Danica was born on January 3, 1975, in La Jolla, San Diego, California and moved to Los Angeles at the age of eight. Her father, Christopher, is a real estate developer and her mother, Mahalia, was a homemaker. She has a sister, Crystal McKellar, who is an actress and a corporate lawyer.

Her parents got divorced in 1982 and her dad married Molly with whom he produced two sons, Christopher and Connor. At the age of 7, she started taken acting classes at the Lee Strasberg Institute and began her acting career at the age of nine. She started her journey with television commercials. She studied Bachelor of Science and graduated with a specialization in Mathematics in 1998 at UCLA (the University of California at Los Angeles). She got a degree in Analytical Mathematics.

Danica McKellar net worth: Danica McKellar is an American actress and academic who has a net worth of $6 million. Born in La Jolla, California, Danica McKellar began acting as a child, guest-starring on episodes of “The Twilight Zone”. In 1988, she was cast in the role that would make her famous, as Winnie Cooper on “The Wonder Years”. The show ran for six seasons between 1988 and 1993, airing 115 episodes.

She started dating composer, Mike Verta in 2001 and engaged him in August 2008. On March 22, 2009, Danica and Mike married each other in La Jolla, California. The couple had their first child, a son named, Draco on September 7, 2010. After three years of successful married life, the couple split in June 2012 and Danica filed for divorce. It was finalized in February 2013. 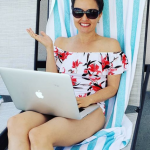 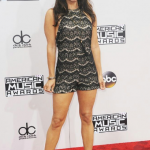 The stars were aligned for Danica McKellar‘s sunrise wedding to Scott Sveslosky in Kauai. The Wonder Years alum, 39, was actually running a few minutes late for her meticulously timed walk down the aisle on Nov. 15, but thanks to a little maneuvering from Mother Nature, her tardiness turned out to be a blessing in disguise.

We were trying to time it so that the sun would come up as I was walking down the aisle. And then, of course, there were delays when we were getting ready,” she explained in the press room at the 2014 American Music Awards, where she was a presenter. I was really concerned, but it turns out there was a layer of clouds right at the top of the mountains, so it also delayed the sun, she continued. And as I was walking down the aisle, the sun came up. It was magical. It was absolutely amazing. 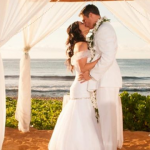 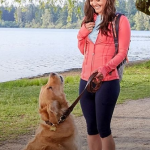 Danica Mckellar With Her Pet Dog

What Ethnicity Is Danica Mckellar?

What Is Danica Mckellar Net Worth?

Being A Popular Actress, Danica Earns A Handsome Amount Of Money From Her Career. Currently, She Has A Net Worth Of $3 Million. As Of Now, She Has Won A Couple Of Awards In Her Acting Career.

Who Is Danica Mckellar Engaged To?

Danica Engaged To Scott Sveslosky. Danica Mckellar Is Getting Ready To Head Down The Aisle! The Actress, 39, And Her Boyfriend Scott Sveslosky, A Partner At The International Law Firm Sheppard, Mullin, Richter & Hampton, Llp, Are Engaged, Her Rep Confirms To People.

Where Did Danica Mckellar Go To College?

How Old Is Danica Now?