Anne Heche is an American actress who made her entry into the entertainment world with her appearance in the soap opera ‘Another World.’ She had accused her father of sexually abusing her before he died of AIDS. Her relationship with her mother and the only surviving sister got estranged as they defended her father. She has appeared in several television serials and films, including ‘Fatal Desire,’ ‘The Brave,’ ‘Wild Side,’ ‘Walking and Talking’ and ‘I Know What You Did Last Summer.’ Her relationship with Ellen DeGeneres drew widespread controversy during her career.

She later married Coley Laffoon but got divorced later. Thereafter, she dated James Tupper and had another son with him. She has published a book titled ‘Call Me Crazy: A Memoire,’ which is an account of her turbulent life, including her abusive father and her lesbian relationship. She went through emotional and psychological issues following her break up with DeGeneres for which she had to be medically treated. 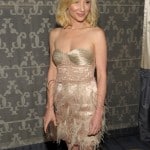 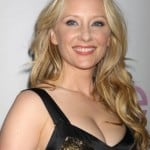 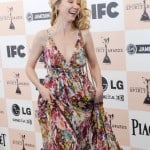 Heche was born on May 25, 1969, in Aurora, Ohio, the youngest of five children of Nancy Heche (née Prickett) and Donald Joseph Heche. Heche’s family moved a total of eleven times during her childhood; at one point, they lived in an Amish community. When asked in a 2001 interview on Larry King Live what her father’s source of income was, Heche replied, “Well, he was a choir director. But I don’t think he made much on that a week. He said that he was involved in a business of gas and oil. And he said that until the day he died. But he never was involved in the business of gas and oil ever.”

The family settled in Ocean City, New Jersey when Heche was twelve years old. Due to desperate finances, Anne went to work at a dinner theater in Swainton. “At the time we’d been kicked out of our house and my family was holed up living in a bedroom in the home of a generous family from our church,” she said. “I got $100 a week, which was more than anyone else in my family. We all pooled our money in an envelope in a drawer and saved up enough to move out after a year.”

On March 3, 1983, when Heche was 13, her 45-year-old father died of AIDS. Although he never came out as homosexual, “He was in complete denial until the day he died. We know he got it from his gay relationships. Absolutely. I don’t think it was just one. He was a very promiscuous man, and we knew his lifestyle then,” Heche said on Larry King Live. Despite her father being gay, Heche has claimed that he repeatedly raped her from the time she was an infant until she was 12, giving her genital herpes. When asked “But why would a gay man rape a girl?”, in a 2001 interview with The Advocate, Heche replied “I don’t think he was just a gay man. I think he was sexually deviant. My belief was that my father was gay and he had to cover that up. I think he was sexually abusive. The more he couldn’t be who he was, the more that came out of him in ways that it did.”

On September 1, 2001, Heche married Coleman “Coley” Laffoon. He is a cameraman she met the previous year on DeGeneres’ stand-up comedy tour. They have a son, Homer, who was born in March 2002. Laffoon filed for divorce on February 2, 2007, after five and a half years of marriage. The divorce was finalized on March 4, 2009, but she lost custody of her son.

Heche reportedly left her husband for Men in Trees co-star James Tupper. On December 5, 2008, Heche’s representative confirmed that she was pregnant with Tupper’s child. Their son, Atlas Heche Tupper, was born in March 2009. In 2018, Tupper and Heche separated.

Chicago P.D. is produced by Wolf Entertainment in association with Universal Television. Emmy and Tony-nominated Heche most recently starred as Patricia Campbell on NBC’s military drama series The Brave. She received an Emmy nomination for supporting actress in a miniseries or a movie for Gracie’s Choice. Her other recent TV credits include a starring role in Canadian post-apocalyptic series Aftermath and a guest role on Quantico. She recently wrapped Astute Films’ civil rights drama The Best of Enemies, opposite Taraji P. Henson and Sam Rockwell. Heche is repped by Paradigm, Untitled Entertainment, and Morris, Yorn, Barnes & Morris. 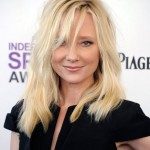 The occupants of a house in rural California did not recognize the confused woman on their doorstep, even though they must have seen her in countless magazines and on television shows. Perhaps they had even seen her in the movies, but now all they were sure of was that the stumbling stranger had appeared out of nowhere on a hot afternoon in Cantua Creek, 40 miles west of Fresno. So they called the police, who summoned an ambulance and Anne Heche, until hours earlier half of Hollywood’s only publicly acknowledged lesbian couple, was taken to hospital.

It was an obscure setting for the final deflation of a declaration of gay pride. Heche’s relationship with the former sitcom star Ellen DeGeneres had been a cross-pollination of life, art, celebrity, and sexuality in which Heche, then on the verge of genuine fame, and her partner, DeGeneres, used and were used by the media.

Heche had won awards for her work in daytime television, so she knew what she was talking about when she said: “Soaps are the most underrated medium. You can mess up and they still give you 40 pages the next day.”

A year later she had reason to reassess her evaluation: when her relationship with DeGeneres was out in the open, it was evident that there was another more powerful vehicle for generating prurient attention. “I was naive, hugely naive,” she said. “I fell in love and I didn’t believe people would care. The Hollywood community and friends and family backed away.”

That year, 1997, was a big one for both of them: Heche won plaudits for her roles in the Al Pacino mob movie, Donnie Brasco, and as a presidential adviser in the political satire Wag the Dog; DeGeneres became for a time the most talked-about performer on the small screen when her character in the show Ellen came out as gay at the same time as the actress herself, making television history as the first lesbian in a leading role on prime-time television.

Heche, now 31, and DeGeneres, 43, had met a few weeks earlier at Variety magazine’s Oscars party. Almost immediately they became the hottest story in town. The couple declared their love not through the drip-feed of paragraphs in the gossip columns but on the top-rated Oprah Winfrey Show. To show that they really meant it, the pair canoodled at the annual White House correspondents’ dinner. President Clinton had no objections. 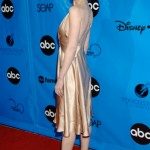 Some Known Facts About Anne Heche

Anne Heche, Who Attended Francis W. Parker School in Lincoln Park, Makes Her Debut As Deputy Superintendent Katherine Brennan On Wednesday’s Season 6 Premiere Of “P.D.” Her “Med” Character Was Introduced On The May Season 3 Finale.

How Old Is Anne Heche?

Where Is Anne Heche From?

Was Anne Heche In A Relationship With Ellen Degeneres?

Anne Heche Said That Her Relationship With Ellen Degeneres Got Them Both Fired. Who: Emmy-winning Talk Show Host Ellen Degeneres And Emmy-nominated Actress Anne Heche. How They Met: The Two First Met At A Vanity Fair Oscars Party In 1997, And Quickly Became The Most Famous Openly LGBTQ Couple In Hollywood At The Time.

How Much Is Ellen Degeneres Worth?

Ellen Degeneres Is One Of The Most Iconic And Progressive Women In Hollywood. As Of 2019, Ellen Degeneres’ Net Worth Is Approximately $450 Million And Will Most Likely Earn Much More Money In Years To Come As She Continues To Grow In Her Industry.