Andy Gibb was an English singer, songwriter, performer, and teen idol. He was the younger brother of the Bee Gees: Barry, Robin, and Maurice Gibb. Gibb came to international prominence in the late 1970s with six singles that reached the Top 10 in the United States, starting with “I Just Want to Be Your Everything” (1977), followed by three other top 20 singles. Gibb’s success was brief due to drug addiction and depression. He died five days after his 30th birthday while attempting a comeback.

He was closest to the oldest brother Barry than any other family member. Barry mentored him during his career, sang backup on many songs, and even helped him write some of his songs. Barry claimed that the close bond of loyalty Andy had for him was returned, leading Barry himself to later comment “Andy and I was twins just as much as Robin and Maurcie were, in every sense of the word. We looked alike, we had similar moles, similar birthmarks, everything. Born the fifth and final child to parents Barbara (17 November 1920-12 August 2016) and Hugh Gibb (15 January 1916-6 March 1992) Andy grew up with his three older siblings dominating the music charts, collectively known as The Bee Gees. Performing at clubs from the age of 13, it was suspected that Andy was to join The Bee Gees, yet Andy always wanted to be his own personality.

Victimized at the many schools he went to by other students who were convinced he had a superiority complex due to his famous brothers, Andy escaped into his music. But it all came too fast and too soon. Andy was performing and making music by the time he was 20 years old, and it was virtually impossible to break away from his brother’s shadows when older brother Barry wrote 90% of his songs, and the Bee Gees sang back up vocals on half of his songs.

Andy got it all too fast, and his life was intermingled with years of depression that he tried to stay away with booze, drugs, and women. While they all may have provided temporary relief, Andy was plagued by depression and the fact that no matter what he did, he could never escape his heritage. Toward the end of his life, Andy vowed to change and reform. He planned to clean up his act and reform.

He was dabbling in stage musicals and TV, and he had a new album planned for release. On his 30th birthday, he promised the people most dear to him: He was a changed man. Sadly Andy’s heart and Andy’s body were two very different things, and five days after his 30th birthday his body finally succumbed to the seemingly endless years of alcohol abuse.

Andy may have been dead for almost two decades, but his music lives on. Andy Gibb was a legendary music figure, and when listening to some of his hit songs, such as ‘(Our Love) Don’t throw it all away’, ‘man on fire’ and ‘I just want to be your everything’ you don’t hear death, you hear life. 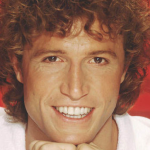 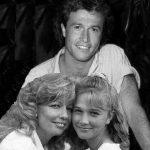 Andy Gibb With Wife And Daughter

Andy Gibb’s estimated Net Worth, Salary, Income, Cars, Lifestyles & much more details has been updated below. Let’s check, How Rich is Andy Gibb in 2022? 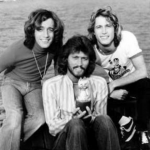 Andy Gibb With Robin, Maurice And Barry The Bee Gees

By late January 1988 to early February 1988, Gibb had seemingly beaten his drug addiction, regained his health, and was ready to begin recording a new album. However, he still battled depression over his breakup with Victoria Principal. According to Robin Gibb, his brother, “just went downhill so fast. he was in a terrible state of depression”. On 5 March 1988, Gibb celebrated his 30th birthday in London while working on the new album.

Two days after celebrating his birthday, he entered John Radcliffe Hospital in Oxford complaining of chest pains.
At around 8:30 am on 10 March 1988, Gibb’s doctor told him that more tests were needed to determine the cause of his chest pains. Later that day, Gibb slumped into unconsciousness and died as a result of myocarditis, an inflammation of the heart muscle caused by years of cocaine abuse that fatally weakened his heart.

This diagnosis was supported by William Shell, a cardiologist who had previously treated Gibb. With the announcement of Gibb’s death, his ex-wife, Kim Reeder, was not surprised. “I always knew that one day I’d get a call with news like this. It was only a matter of time.” The Gibb family would also maintain it was not an overdose that killed Gibb, as some media reports suggested, but natural causes after years of substance abuse.

Gibb’s body was returned to the United States, where he was interred at Forest Lawn Memorial Park in Hollywood Hills, Los Angeles.

During the mid-80s, Andy’s addiction problem got serious and he had to seek medical help. He went to Betty Ford Clinic after his family pushed him to do this. After some time, he was back performing again. Unfortunately, he did not manage to regain the fame that he once had. Andy Gibb was declared bankrupt considering the fact that he had used all his earnings while he was enjoying his success. 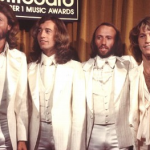 In 1988, he signed a new label with Island Records. He traveled to England to make his recordings but never finalized the project that he had initiated. His health began to deteriorate after celebrating his 30th birthday. He died on March 10th the same year. The cause of death was determined to be myocarditis, which is a heart condition. Andy Gibb’s previous marriage with Kim Reeder gave Gibb his only daughter named Peta.

When Andy Gibb was 18 years, he moved to the U.S. to fight for his solo career Singer. During this time, he had already been married to Kim Reeder. They had to move together to Miami, Florida. He began his work with Barry, his brother. He went ahead to record his debut album, Flowing Rivers in 1977. His efforts proved bountiful as his first Singer album featured two No. 1 Singer hits “Love Is Thicker than Water” and Singer “I Just Want to Be Your Everything.”

Andy’s solo career earned him fame and glamour that he had long wished for. He became popular among the teens to the extent that he was a star feature in their magazines. A year later after releasing his first Singer album, he released his second Singer named Shadow Dancing – 1978. This was a multi-platinum hit with its title leading in the charts. His professional success was nothing close to the drug abuse problem he was fighting.

During the 80s, things got worse even as he released his last album After Dark – 1980. Soon, his substance abuse got better of him and made him lose jobs. Previously, he landed the job as a co-host in the show Solid Gold. He later lost his position as he did not show up for work. This also happened in Broadway as he was fired by featuring in Joseph and the Amazing Technicolor Dreamcoat. 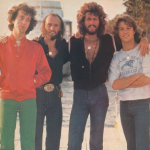 How Did Andy Gibb Die?

Andy Gibb Cause Of Death: Myocarditis

Did Andy Gibb Die Of A Broken Heart?

On March 7, 1988, Andy Gibb Entered The Hospital In Oxford, England, Complaining Of Severe Chest And Abdominal Pains. On March 10, He Died Of Inflammation Of The Heart, Officially As A Result Of A Viral Infection.

When Did The Gibb Twins Die?

On 20 May 2012, Gibb Died At The Age Of 62 From Liver And Kidney Failure Brought On By Colorectal Cancer.

How Much Is Andy Gibb Worth?

Andy Gibb Was An English Singer, Songwriter, And Musician Who Had A Net Worth Of $10 Million. Andy Gibb Was Born In Manchester, England In March 1958 And Passed Away In March 1988. Andy Was The Younger Brother Of Barry, Robin, And Maurice Gibb Of The Bee Gees.

Which Bee Gee Killed Himself?

I’d Like To Know.’ Andy, The Youngest Gibb Brother, Died In 1988 Aged Just 30 After Years Of Drug Abuse, Maurice Died 13 Years Ago At The Age Of 53, And Robin Robin Died In 2012 At 62 After A Protracted Battle Robin With Cancer. And Barry, Who Has Never Spoken With Such Emotion About His Loss, Robin Is Clearly Haunted By Their Deaths.