Vivien Leigh was a British film actress who won the “Best Actress” award twice at the Academy Awards for her memorable performances in 1939 for Gone with the Wind and in 1951 for A Streetcar Named Desire. She also earned considerable acclaim for her work in the world of theatre where she played iconic Shakespearean characters such as Ophelia, Cleopatra, Juliet, and Lady Macbeth. She worked in numerous film and theatre productions with acclaimed actors and her 2nd husband Laurence Olivier. In 1999, she was ranked at number 16 in the American Film Institute’s list of “Greatest Female Movie Stars”.

Vivien Leigh was a British actress who achieved film immortality by playing two of American literature’s most celebrated Southern belles, Scarlett O’Hara and Blanche DuBois. Vivien Leigh was convent-educated in England and throughout Europe and was inspired by her schoolmate Maureen O’Sullivan to embark on an acting career. Leigh earned international popularity and an Academy Award for her unforgettable portrayal of Scarlett O’Hara in David O. Selznick’s production of Gone with the Wind. 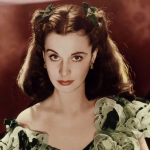 Leigh was born Vivian Mary Hartley on 5 November 1913 in British India on the campus of St. Paul’s School in Darjeeling, Bengal Presidency.

She was the only child of Ernest Richard Hartley, a British broker, and his wife, Gertrude Mary Frances. Her father was born in Scotland in 1882, while her mother, a devout Roman Catholic, was born in Darjeeling in 1888 and may have been of Irish and Armenian or Indian ancestry. Gertrude’s parents, who lived in India, were Michael John Yackjee (born 1840), an Anglo-Indian man of independent means, and Mary Teresa Robinson (born 1856), who was born to an Irish family killed during the Indian Rebellion of 1857 and grew up in an orphanage, where she met Yackjee; they married in 1872 and had five children, of whom Gertrude was the youngest. Ernest and Gertrude Hartley were married in 1912 in Kensington, London.

Vivien Leigh was a British actress who had a net worth of $10 million. Vivien Leigh was born in Darjeeling, Bengal Presidency, British India in November 1913 and passed away in July 1967.

Leigh made both her onstage and film debuts in 1935. She starred in the play The Bash, which wasn’t particularly successful but it allowed Leigh to make an impression on producer Sydney Carroll, who soon cast the actress in her first London play; and landed the lead role in the aptly titled movie Things are Looking Up (1935). 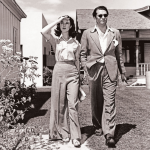 Although Leigh was initially typecast as a fickle coquette, she began to explore more dynamic roles by doing Shakespearean plays at the Old Vic in London, England. There, she met and fell in love with Laurence Olivier, a respected actor who, like Leigh, already happened to be married. The two soon embarked on a highly collaborative and inspired acting relationship not to mention a very public love affair.

‘Gone with the Wind’

Around the same time, American director George Cukor was hunting for the perfect actress to play the lead role of Scarlett O’Hara in his film adaptation of Gone with the Wind. “The girl I select must be possessed of the devil and charged with electricity,” Cukor insisted at the time. An impressive list of Hollywood’s top actresses, including Katharine Hepburn and Bette Davis, had long been vying for the part by the time Leigh, who was on a two-week vacation in California, took and passed the screen test. 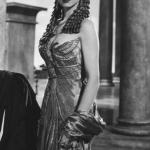 In May 1967 Leigh was rehearsing to appear with Michael Redgrave in Edward Albee’s A Delicate Balance when her tuberculosis recurred. Following several weeks of rest, she seemed to recover. On the night of 7 July 1967, Merivale left her as usual at their Eaton Square flat to perform in a play, and he returned home just before midnight to find her asleep. About 30 minutes later (by now 8 July), he entered the bedroom and discovered her body on the floor. She had been attempting to walk to the bathroom and, as her lungs filled with liquid, she collapsed and suffocated.

Merivale first contacted her family and later was able to reach Olivier, who was receiving treatment for prostate cancer in a nearby hospital. In his autobiography, Olivier described his “grievous anguish” as he immediately traveled to Leigh’s residence, to find that Merivale had moved her body onto the bed. Olivier paid his respects, and “stood and prayed for forgiveness for all the evils that had sprung up between us”, before helping Merivale make funeral arrangements; Olivier stayed until her body was removed from the flat.

Her death was publicly announced on 8 July, and the lights of every theatre in central London were extinguished for an hour. A Catholic service for Leigh was held at St. Mary’s Church, Cadogan Street, London. Her funeral was attended by the luminaries of British stage and screen. According to the provisions of her will, Leigh was cremated at the Golders Green Crematorium and her ashes were scattered on the lake at her summer home, Tickerage Mill, near Blackboys, East Sussex, England.

A memorial service was held at St Martin-in-the-Fields, with a final tribute read by John Gielgud. In 1968 Leigh became the first actress honored in the United States, by “The Friends of the Libraries at the University of Southern California”. The ceremony was conducted as a memorial service, with selections from her films shown and tributes provided by such associates as George Cukor, who screened the tests that Leigh had made for Gone with the Wind, the first time the screen tests had been seen in 30 years.

Suzanne Farrington (12 October 1933 – 1 March 2015) was a British actress. She was the only child of Vivien Leigh and her first husband, Herbert Leigh Holman. Upon her mother’s death, Farrington was bequeathed her mother’s papers, including her letters, photographs, contracts, and diaries.

On 12 October 1933, Suzanne Holman was born at a nursing home at 8 Bulstrode Street, London. Her mother was 19 years old and had been married to the barrister Herbert Leigh Holman for less than a year. Her diary entry on this day simply read: “Had a baby- a girl.” The birth was difficult. Suzanne was born a month prematurely and the delivery was not an easy one. It was several weeks before mother and daughter came home, but once there it did not take Vivien long to become bored, as the household was being run quite adequately by the staff, and the baby was well-tended by the nurse nanny. The Holman household consisted of a maid, cook and Nanny Oake who had been hired to care for the new baby.

The Hollywood love story of Vivien Leigh and Laurence Olivier is remembered today as one filled with passion, romance, betrayal, and heartbreak. Despite the couple’s hardships and Leigh’s break downs both on and off stage, newly uncovered love letters between the couple reveal important details that outline the evolution of their romance. 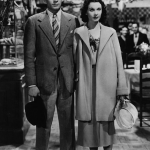 These letters first came to light as part of an archive purchased from the Vivien Leigh estate during an auction by Sotheby’s on September 26, according to The Hollywood Reporter. The archive consists of several scrapbooks, Leigh’s diary, photographs, and several letters some over 20 pages long between Leigh and her second husband Laurence Olivier. Correspondence with other important figures also features in the archive, including letters to and from T.S. Eliot, Marilyn Monroe, Winston Churchill, and Queen Elizabeth II. “O my darling little love I do long for you so,” wrote Olivier in one of his letters to Leigh early in their affair. “Oh, my heart’s blood it is unbearable without you.”

Caesar and Cleopatra is a 1945 British Technicolor film directed by Gabriel Pascal and starring Claude Rains and Vivien Leigh. Some scenes were directed by Brian Desmond Hurst who took no formal credit. It was adapted from the play Caesar and Cleopatra (1901) by George Bernard Shaw. The film was produced by Independent Producers and Pascal Film Productions and was distributed by Eagle-Lion Distributors.

[wps_faq style=”classic” question=”What Did Vivien Leigh Die From?”]Tuberculosis, Vivien Leigh/Cause Of Death, She Was Only 53 When She Died. In 1944, Leigh Was Diagnosed With Tuberculosis And Continued To Battle It Throughout Her Life. In The Spring Of 1967, She Suffered A Recurrent Bout Of The Disease But Seemed To Get Better After Convalescing.[/wps_faq]

[wps_faq style=”classic” question=”What Happened To Vivien Leigh?”]A Month Passed Before She Finally Succumbed To Her Tuberculosis, On July 8, 1967, At The Age Of 53, In London, England. Marking A Sad And Premature End To A Career That Was Both Tumultuous And Triumphant, The London Theater District Blacked Out Its Lights For A Full Hour In Leigh’s Honor.[/wps_faq]

[wps_faq style=”classic” question=”How Old Was Vivien Leigh In Streetcar Named Desire?”]Vivien Leigh Was 25 When She Filmed Gone With The Wind. The Actress Who Played Her Mother Was 28.[/wps_faq]