Vanitha Vijayakumar is a south Indian actress who is mostly seen in Tamil films. She played lead roles in Tamil, Telugu and Malayalam Movies. Her first debut movie is with actor Vijay in the Chandralekha movie. She is 2019 participating in Bigg Boss Tami Season 3 where the show is hosted by Kamal Hasan and telecasted in Vijay Tv on Saturdays and Sundays for the next 100 days. To know more about Vanitha Vijayakumar profile, personal details, height, movie list and more are categorized and listed below.

She has starred in Malayalam and Telugu films too. she is one of the contestants in the Big boss Tamil season 3 hosted by Kamal Haasan. Her parents are actors Vijayakumar and Late Manjula. She made her debut as a heroine in the movie called Chandralekha opposite to actor Vijay in 1995. In fact, the 3rd season premiered on the national television on June 23. The show is actually popular among the viewers for its controversy. Kamal Hassan (Film Actor & Politician) is now hosting the show. Losliya, Mugen Rao and many famous personalities entered the Bigg Boss House as the contestant of this reality TV Show. On the other hand, Vanitha and another contestant Meera Mithun landed in trouble. 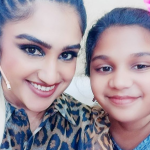 Vanitha With Her Daughter

Vanitha was born as the eldest daughter of Tamil actor Vijayakumar and his second wife, Tamil actress Manjula. Vanitha has two younger sisters Preetha and Sridevi, who are former actresses. From his first marriage to Muthukannu Vellalar, Vijayakumar had three more children.

Actor Arun Vijay, former actress Kavitha and Anitha are her half-siblings. In September 2018, she had another public fallout with her family after she refused to leave a family property that she had initially rented for a shoot in Ashtalakshmi Nagar. Her father, Vijayakumar, subsequently filed a police complaint against her. 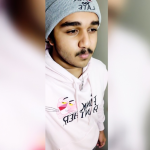 Vanitha Vijayakumar With Her Son 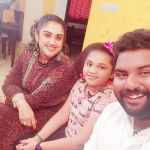 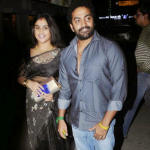 Some Known Facts About Vanitha Vijayakumar

Who Is Vanitha Vijayakumar Husband?

Who Is Vanitha Vijayakumar Mother?

What Happened To Vanitha Vijayakumar Son?

Personal Life. Vanitha Vijayakumar Married Akash, A Television Actor, During September 2000. The Pair Had Two Children, Vijay Sri Hari (B.2001) And Jovika (B.2005). The Pair Filed For Separation In 2006 And The Divorce Was Finalised In June 2007.

What Is The Age Of Vanitha Vijayakumar?

Who Is Vanitha Father?