She is an Indian Famous Film Actress, Model and Brand Ambassador. she appeared in Bhojpuri Film Industry and made a debut Film Trup Card in 2009, she was played lead Role as Shaina. after played this debut film she became famous and came to Public & Media Focus. Urvashi Chaudhary also a Famous Model. Urvashi was born in the province of Jammu & Kashmir. She belongs to a progressive nuclear family. She is the eldest of three siblings and she has a younger brother and a sister. She began her modeling career just after she completed her tenth examinations. She completed her schooling from Chandigarh from where she had her first brush with modeling. 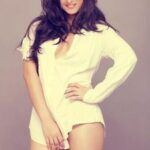 Urvashi entered the glamour world after she began modeling She was a participant in the pageant Miss India Gladrags Mega Model Hunt in the year 2004. She was declared the first runner up for Princess North India in the same year. She also won the Ms. Catwalk Title in 2003 & second runner up in the Miss J & K contest in 2004 at Jammu. After that, she stepped into Bhojpuri cinema & Bollywood. She played the main lead in Trump Card. 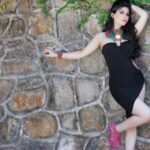 Some Known Facts About Urvashi