Taapsee Pannu is an Indian film actress known for her work in Telugu, Tamil, Malayalam and Hindi films. Taapsee worked as a software professional and pursued a career in modeling before becoming an actress. During her modeling career, she appeared in a number of commercials. Taapsee made her acting debut with the 2010 Telugu film Jhummandi Naadam, directed by K. Raghavendra Rao. Since then, she has appeared in a number of critically acclaimed films such as Aadukalam, Vastadu Naa Raju and Mr. Perfect. Her Tamil film Aadukalam won six National Film Awards at the 58th National Film Awards.

She has also worked in a Malayalam film and has been signed on for three Telugu films and several Hindi films. She was awarded the Most Enthusiastic Performer-Female Award at the 2014 Edison Awards for her performance in the Tamil film Arrambam (2013). In 2015, she starred in the critically and commercially successful film Baby. She went on to star in the drama Pink (2016), the war film The Ghazi Attack (2017), the comedy Judwaa 2 (2017), the courtroom drama Mulk (2018), the thriller Badla (2019), the drama Mission Mangal (2019) and the biographical drama Saand Ki Aankh (2019). 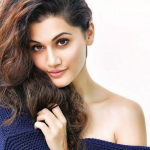 Taapsee Pannu has an estimated net worth to be more than $6 million dollars as of 2022. She charges Rs 80 lakh to 1.5 crores per film. 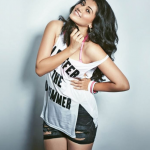 Taapsee was born on 1 August 1987 in New Delhi. She is of Punjabi descent. She did her schooling at the Mata Jai Kaur Public School in Ashok Vihar, Delhi. After completing her graduation in Computer Science Engineering from the Guru Tegh Bahadur Institute of Technology in New Delhi, she worked as a software engineer. She became a full-time model after she auditioned and was selected for Channel V’s talent show Get Gorgeous, which eventually led her to acting. Taapsee has appeared in numerous print and television commercials and won several titles during her modeling days, including “Pantaloons Femina Miss Fresh Face” and “Safi Femina Miss Beautiful Skin” at the 2008 Femina Miss India contest.

As a model, she endorsed brands such as Reliance Trends, Red FM 93.5, UniStyle Image, Coca Cola, Motorola, Pantaloon, PVR Cinemas, Standard Chartered Bank, Dabur, Airtel, Tata Docomo, World Gold Council, Havells and Vardhman. She has also been featured on the cover of magazines Just For Women and MaaStars. After a few years, she lost interest in modeling as she thought that she could never gain proper recognition through modeling, but only through films, and finally decided to act. 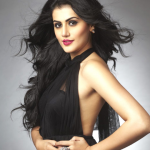 Taapsee made her cinematic debut in 2010 with K. Raghavendra Rao’s romantic musical Jhummandi Naadam. She played the role of the daughter of a US-based millionaire who comes to India to research traditional Telugu music. Taapsee got three more offers in Telugu prior to the film’s release. Her next film Aadukalam (2011), marked her debut in Tamil cinema. She played the role of an Anglo-Indian girl falling in love with a rural man played by Dhanush. The film, set in the backdrop of Madurai, revolves around cockfights. It was critically acclaimed and proceeded to win six National Film Awards at the 58th National Film Awards ceremony.

Speaking about her role, a reviewer from Sify said: “Debutant Taapsee is a promising find and she suits the character of an Anglo-Indian girl to the T.” She returned to the Telugu film industry with Vastadu Naa Raju (2011), opposite Vishnu Manchu. She made a foray into Malayalam cinema later that year, with Doubles (2011), opposite Mammootty and Nadiya Moidu. Paresh C Palicha of Rediff commented: “Taapsee Pannu as Saira Banu, whose entry into the scene becomes the bone of contention between the siblings, has nothing noteworthy to do”.

“Initially, I wanted to be a full-time model and never thought I could act. As time went by, modeling became not that exciting or enjoyable as posing in front of the camera became monotonous. Also, I felt my name was not being highlighted. The name gets highlighted only in films. So I wanted to act.”

Taapsee played a short role in her next release Mr. Perfect (2011). In it, she acted alongside Prabhas and Kajal Aggarwal and the film was a moderate success. She starred in a high budget film titled Veera (2011), opposite Ravi Teja and Kajal Aggarwal, which received moderate reviews. She was next seen in her second Tamil film Vandhaan Vendraan, which fetched mixed reviews and did not fare well at the box office. Her next film was Krishna Vamsi’s Mogudu where she acted as a traditional Telugu girl opposite Gopichand and garnered critical acclaim for her performance. She worked on the Tamil–Telugu bilingual Gundello Godari—titled Maranthen Mannithen in Tamil apart from Daruvu and Shadow.

She also made her Bollywood debut through Chashme Baddoor where she shares the screen with Siddharth, Rishi Kapoor, Divyendu Sharma, and Ali Zafar. The film is a remake of the 1981 film with the same title. Taapsee was also approached to dub the voice of Hollywood actress Katee Sackhoff in the Tamil, Telugu and Hindi versions of the science fiction film Riddick, but declined the offer due to her prior commitments. In later 2013, she was seen in the big-budget action thriller Arrambam co-starring Ajith Kumar and Arya. She was awarded the Most Enthusiastic Performer–Female Award at the 2014 Edison Awards for her performance in the film. 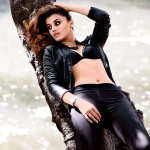 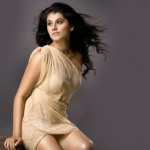 Some Known Facts About Taapsee Pannu

What is the age of Taapsee Pannu?

Is tapsee a Pannu JAAT?

Taapsee hails from a ‘Jatt- Sikh’ family who follows the Sikhism. Her father’s name is Dilmohan Singh Pannu and her mother name is Nirmaljeet Pannu.

Pannu carries the 103-minute film and does justice to the various things expected of her. Gamer, wheelchair-bound, PTSD survivor, nyctophobia victim, etc. she manages to pull off everything with aplomb. Being handicapped left her with little scope for glamour, but she hasn’t let that be a factor.

What caste is Pannu?

Pannu is a Jat clan from northern India, most commonly the Punjab region. They also reside in the Indian states of Delhi, Haryana (mainly Amritsar, Tarn Taran, Hoshiarpur), and some districts of Uttarakhand and Rajasthan.

Who is the father of Taapsee Pannu?