Sunanda Sharma is an Indian Singer, Model and an Actress who comes from Punjab. Sunanda Sharma was born in Fatehgarh, Gurdaspur, Punjab. She did her Masters in English from GNDU University in Amritsar, Punjab. During her school time, she used to be an average in studies. But she loved humming songs and used to take part in various competitions and functions and even used to win them. She was a bubbly person since childhood. Sunanda began her singing career by uploading her cover songs sung by other artists on YouTube. She tells that she and her friends recorded a cover video for “Sucha Surma” and her friend sent that video to the original singer of the song.

The Singer posted that video on his page and it got very popular. It was the turning point of Sunanda’s life. She started uploading more YouTube covers and slowly gained popularity. After that, she started getting offers for a lot of projects from the Punjabi Industry. Her debut song was “Billi Akh”. In 2017, her song “Patake” gave her a lot of fame. After that, “Jaani Tera Naa” and recently “Sandal” songs sung by her were loved by the audience. She has also worked as an actress in “Sajjan Singh Rangroot” with Diljit Dosanjh as her co-star. 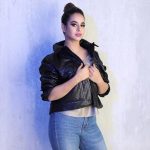 Sunanda Sharma’s estimated Net Worth, Salary, Income, Cars, Lifestyles & much more details has been updated below. Let’s check, How Rich is Sunanda Sharma in 2022? 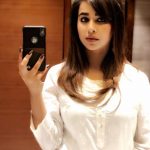 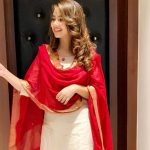 Some Known Facts About Sunanda Sharma

Sunanda is a Punjabi Singer, Model, and Actress. She was born on 30 January 1992 in Fatehgarh Churian, Gurdaspur, Punjab, India. Sunanda is Hindu by Religion and Horoscope/Sun Sign is Aquarius.

How old is Sunanda Sharma?

Where does Sunanda Sharma live?

Sunanda was born on 30-01-1992 in Fatehgarh Churian, Gurdaspur at the state of Punjab, India. She is an Indian Singer, Model & Film Actress who is well known for her work in Punjabi Cinema.

Who is Sunanda Sharma husband?

Sunanda Father is Vinod Kumar Sharma. She has a sister. She is unmarried and not dating anyone.