Varun Tej is a famous South Indian actor. He is mostly known for his work in Telugu cinema. The actor rose to fame for portraying the role of ‘Dhupati Haribabu’, the grandson of a poor barber, who falls in love with Seethadevi who later goes on to the World War II fight named ‘Kanche’ directed by Krish. His role in the movie was critically acclaimed and he became the household name since then.

Varun Tej was born in a high-class Hindu family on 19 January 1990 in Hyderabad, Telangana, India. His father’s name is Nagendra Babu, a famous Telugu actor, and his mother’s name is Padmaja, a homemaker. He is the nephew to Tollywood actors Chiranjeevi and Pawan Kalyan. His sister Niharika Konidela and his cousins Ram Charm and Sai Dharam Tej are also actors in Tollywood.

He is currently single and not dating anyone. At this moment, he is focusing entirely on his career and his work. According to reports, when Laxmi Manchu has asked about his perfect life partner, Varun Konidela has replied that He wanted to marry actress Sai Pallavi and wanted to hook up with actress Pooja Hegde. Varun Tej completed his schooling from Bhartiya Vidya Bhawan School. Later, he went to Nalanda Junior College to complete his high school studies. He completed his graduation in B.Com from St.Mary’s College in Hyderabad. 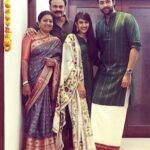 Varun Konidela was always wanted to become an actor since his childhood. He debuted as a child artist in the movie Hands Up! From his father, Nagendra Babu. when he was just ten years old. After that, he made his lead role debut with Mukunda, alongside his newcomer, Pooja Hegde. The film received mixed reviews.

According to Woodgram, Varun Tej’s estimated Net Worth, Salary, Income, Cars, Lifestyles & many more details have been updated below. Let’s check, How Rich is Varun Tej in 2022? 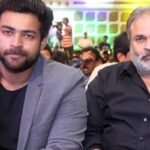 Next, Varun Tej did acting in the movie ‘Kanche’ opposite to actress Pragya Jaiswal. The movie went hit and received huge appreciation. Moreover, the same year did acting in another movie Loafer which went flop. In the year 2017, Varun appeared in the movie Mister and Fidaa.

Later, Varun Konidela did acting in a romantic movie Tholi Prema and played the role of Aditya Shekhar in 2018. He did acting in the movie along with the actress Rashi Khanna. The movie went hit and received a wide appreciation for his acting skills. The same year, He featured in another space thriller movie Antariksham 9000 KMPH.

In 2019, Varun Konidela has made an appearance in movies such as F2-Fun And Frustration, Aladdin, and Gaddalakonda Ganesh. In the multi-stars movie F2-Fun and Frustration, Varun was featured along with Venkatesh Daggubati, Tamannah, and Mehreen Pirzada. The movie went blockbuster and became financially successful.

What are some must-watch films of Varun Tej?

What is the per film remuneration of actor Varun Tej?

Normally Hero with a personal background with the present hits of Varun Teja the remuneration will around INR 2 crores, But Varun Tej is the combo package of Mega Family background, talent, and Handsome hunk. So as per the online information, his remuneration is around INR 5 crores( estimated).

He is not trying to earn stardom doing the formula/template movies and is picking up stories that come his way and suit his image or personality. This is not to say that he is doing a lot of variety but at least he doesn’t stick onto the same genre or same role for commercial benefits and stardom.

What is Varun Tej’s height?

Who is Varun Tej’s father?

He is the son of popular Telugu actor Nagendra Babu