Saumya Tandon is an Indian television and film actress, host. She is well known for playing the lead role of Anita Vibhuti Narayan Mishra in the comedy series Bhabi Ji Ghar Par Hai! opposite Aasif Sheikh on &TV. She mostly works in Hindi tv serials. She made her debut with the serial Aisa Des Hai Mera in the year 2006. In 2007, She made her Bollywood debut with Jab We Met as Roop. Saumya married to Banker Saurabh Devendra Singh in 2016.

Tandon took up modeling assignments early in her career and was the “Femina Cover Girl First Runner Up” 2006 She co-hosted Zor Ka Jhatka: Total Wipeout with Shah Rukh Khan in 2011. She has hosted Dance India Dance for three seasons, for which she got the Best Anchor award too. She co-hosted Bournvita Quiz Contest, along with Derek O’Brien for three seasons. She was born to a popular Indian writer Dr. B.G Tandon, Saumya Tandon was highly inspired by her father and started practicing her writing skills at the age of 6. Her father has written 17 books on different branches of English literature and was a professor and HOD of English at Vikram University, Ujjain.  Her parents were very supportive of her since she was young. 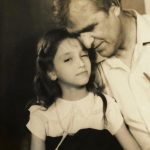 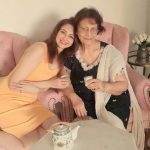 Saumya Tandon With Her Mother

They wanted her to pursue her desires. Having been blessed with such family Saumya Tandon has had her education in Ujjain attending St. Mary’s Convent. She has an MBA degree from the Fore School of Management. She is also a talented poet. She has written several poems and has published in a book named Meri Bhavnayein for which she was also nominated for Modi Young Writer National Award. 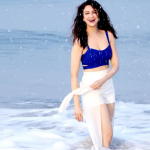 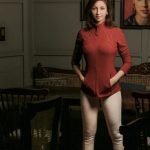 According to online sources, Saumya Tandon’s estimated Net Worth, Salary, Income, Cars, Lifestyles & many more details have been updated below. Let’s check, How Rich is Saumya Tandon in 2022? 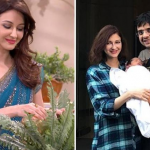 Saumya took up modeling assignments early in her career and was the “Femina Cover Girl First Runner Up” 2006 She co-hosted Zor Ka Jhatka: Total Wipeout (based on the Wipeout format) with Shah Rukh Khan in 2011. She has hosted Dance India Dance for three seasons, for which she got the Best Anchor award too.

In 2015, Tandon started playing the role of Anita in the comedy serial Bhabhi Ji Ghar Par Hai!. She is also known as “Gori mem” from the serial. In 2018, she hosted Entertainment ki Raat Season 2 on Colors TV. 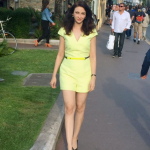 Has Saumya Tandon Left The Show?

The News Of Saumya Quitting The Popular Comedy Bhabiji Ghar Par Hai! Has No Doubt Disappointed Her Fans? The Actor, Who Plays The Pivotal Character Of Anita Vibhuti Narayan Aka Gori Mem On The Show, Has Not Been Keeping Well For A While.

How Old Is Saumya?

Who Is Anita Mishra?

Main Cast And Actress Saumya As Anita Vibhuti Narayan Mishra A Modern Lady Who Runs Her Grooming Classes In Kanpur. She Is A Head Strong Lady While Also Being The Most Sensible Of All Characters On The Show. In 2016, She Got Married To Her Boyfriend Saurabh Devendra Singh, Who Is A Bank Manager.

Saumya Got Married To Her Boyfriend Of 10 Years, Saurabh Devendra Singh In A Private Ceremony In December 2016 In Mumbai.