Sanjay Dutt is a very famous actor and producer of the Bollywood film industry. He is also known as ‘Sanju Baba’ and ‘Munna Bhai’.  Sanjay has appeared in more than 180 Hindi films. He got great success as the lead actor in movies ranging from Romance to Comedy, or Roles of Thugs, Gangsters, or Action movies gave him a lot of appreciation.

Sanjay Dutt was born on 29 July 1959 in Mumbai, Maharashtra. He is the son of veteran actors Sunil Dutt and Nargis Dutt. He has two younger sisters Priya Dutt and Namrata Dutt. Dutt married thrice in his life. Sanjay married actress Richa Sharma in 1987. The couple was blessed with a daughter Trishala in 1988, who now lives in the U.S with her mother’s parent. His first wife Richa died in 1996 because of a brain tumor.

Then Sanjay Dutt married Rhea Pillai in 1998 but they got divorced in 2005. He then married to Manyata Dutt after two years of dating in a private ceremony in Goa in 2008. On October 21, 2010, he became the father of twins, a boy, and a girl. Their names are Iqra and Shahraan. Sanjay Dutt completed his schooling at The Lawrence School, Sanwar(Near Kasauli, Himachal Pradesh). After schooling, Sanjay Dutt did not join any educational institute. He was good at the study but at the same time, he grievously addicted to drugs during his high school days. Later, he decided to leave this bad habit and became successful to get rid of it through drug rehabilitation. He also changed his name from ‘Sunjay’ to ‘Sanjay with an aim to begin a new life with a new name. 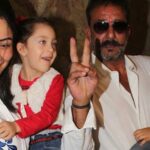 Sanjay’s mother had a life-threatening disease Pancreatic Cancer, and after a long period of suffering with it, she died on 2 May 1981. Posterior her death, when he saw an audio record of Nargis struggling for her life, he lost into gloom and wept for many days, as in it, she revealed her last wish for his son to preserve his natural instinct throughout his life and to never show off.

Sanju made his Hindi film acting debut as a child actor with the film ‘Reshma Aur Shera’ in 1972, In 1981, He made his lead role debut with the hit film Rocky, That was a big hit on Theaters.

Sanjay Dutt earns the majority of his earning from Brand Endorsements for which he charges Rs. 5- 6 Crores, As of now he has a total net worth of $30 Million. With such an achievement, He is always ahead when it comes to social cause and charity work.

Sanjay Dutt is the Brand Ambassador for Polio treatment and various other states of India for tourism. Also, he is among the highest payer of income tax in the country.  Apart from acting, Dutt is also a film producer, stage performer, and reality TV show Host. He has also invested in multiple real – estate properties.

Sanjay Dutt owns Multiple Houses in Mumbai. Sanjay Dutt Lives in 58 Smt. Nargis Dutt Road, Pali Hill, Bandra, Mumbai. The road is named after his mother. Sanjay bought this House in 2009. The Present Value of the House is around Rs. 3.5 Crores. 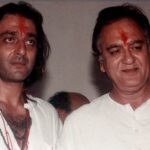 ‘Naam’ was Dutt’s second movie and first big critical success for him which was released in 1986. He kept on delivering hit movies in the 1990s, with films such as Aatish: Feel the Fire and Saajan among several others. In 1999, he touched the sky with his superhit movie- Vaastav: His role as Raghunath Namdev Shivalkar or Raghu was highly appreciated by the film critics and audiences.

He acted the National Award-winning film Munna Bhai M.B.B.S. which won him several awards in 2003. This movie’s sequel Lage Raho Munna Bhai was one of the biggest hits of his career.

In the 2009 Lok Sabha Elections, Samajwadi Party gave him a ticket to contest the election, but due to his illegal possession of arms case, he couldn’t start the campaign and withdrew his candidature. In the same year, he also produced a film ‘Shortkut.

Sanjay Dutt appeared as a co-host with the actor Salman Khan in a TV show Bigg Boss Season 5 in 2011.

In Agneepath which released he played the role of a psychotic villain Kaancha, which was immensely praised by audiences and critics. He then played a cameo in the highly acclaimed film PK in 2014.

Is Sanju a real story?

Who is Sanjay Dutt’s best friend?

Paresh Ghelani is the best friend of Sanjay Dutt. His character is also featured in the film Sanju which was played by actor Vicky Kaushal. This film shows how Paresh was supporting Sanjay Dutt in every problem.

Bollywood Actor Sanjay Dutt is diagnosed with stage-three lung cancer and is likely to visit America for his treatment. He was previously admitted to Mumbai’s Lilavati Hospital after he complained of breathlessness’ but the 61-year-old actor was released soon after his COVID-19 report came negative.

Who is Ruby in the real life of Sanjay Dutt?

Who gave drugs to Sanjay Dutt in real life?

He is forced into drugs by a man called Zubin Mistry, played by Jim Sarbh. At one point, the film says that Mistry himself used glucose powder while giving hardcore drugs to Dutt.