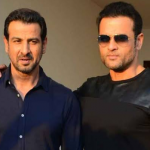 He is the eldest son of a businessman, Brotin Bose Roy, and Dolly Roy. His younger brother, Rohit Roy is also a TV actor.

Ronit Roy spent his childhood in Ahmedabad, Gujarat. This is where he did his schooling with the father of Ayush Sarkar, a teenage actor. After his schooling, Roy pursued hotel management. After completion of his studies, he moved to Mumbai and stayed at the residence of filmmaker Subhash Ghai.

While Roy was keen to work in the film industry, Subhash Ghai persuaded him, not to pursue it due to the difficulties associated with it. Ronit worked as a management trainee at Mumbai’s Sea Rock Hotel. To have experience at all different levels, Ronit’s work ranged from dish-washing and cleaning to serving tables and bar-tending.

Ronit is one of the top earners in Indian television. He has successfully collected an estimated net worth of $2 million, which he earned from his career in acting, business and hosting different reality shows. He has promoted several brands, which include Vadilal and Redhill Vest and earns a good sum of money from his security business.

Ronit Roy resides in a luxurious house in Bandra, Mumbai. He owns swanky Audi Q7 and Audi R8 cars in his collection. Ronit regularly interacts with his fans through Instagram and let them know about his personal life. 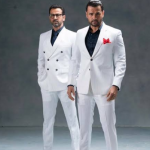 Ronit Roy was married to a woman named Joanna with whom he had a daughter called Ona. They separated when their daughter was 6 years old.

On 25 December 2003, Ronit married actress and model Neelam Singh. Ronit is the father of three children – two daughters and one son. His elder daughter Ona (from his previous marriage) was born in 1991 and currently resides in the US. In May 2005, his and Neelam’s first child, daughter Aador, was born. In October 2007, their son, Agastya Roy was born. 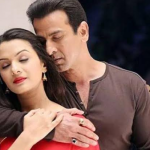 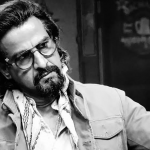 Some known facts about Ronit

How old is Ronit Roy?

He is the eldest son of a businessman, Brotin Bose Roy, and Dolly Roy. His younger brother, Rohit Roy is also a TV actor. Ronit Roy spent his childhood in Ahmedabad, Gujarat. Ronit worked as a management trainee at Mumbai’s Sea Rock Hotel.

Who is the brother of Ronit Roy?

Who is Rohit Roy’s wife?