Avika Gor is an Indian television actress known for playing role in Balika Vadhu as Anandi and in Sasural Simar ka as Roli. She is an Indian film and television actress. His big break was in the show Balika Vadhu as the young Anandi from 2008-2010. She also starred alongside Roli Jamnald Dwivedi / Roli Siddhant Bharadwaj in Sasural Simar Ka from 2011-2016.

We see her for the last time playing the leading role of Anushka Sangwan / Anushka Yuvraj Choudhary / Juhi Sethi (fake) at Laado – Veerpur Ki Mardani 2017-2018. Avika Gor made his film debut at Tollywood with Uyyala Jampala and his Kannada debut in Care of Footpath 2 of actor and director Kishan Shrikanth. Gor modeled for the children’s fashion brand Gini & Jony. His mother tongue is Gujarati. 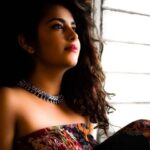 Avika Gor was born to Sameer Gor and Chetna Gor who belong to a Gujarati family in Mumbai. Her hobbies are dancing, singing and photography. She has also done a reality show like “India’s got talent” show out of her interest. She was rumored to have a boyfriend namely Manish Raisinghan.

At the age of 23, Avika Gor has achieved great success in her career. She has an estimated net worth of $2 million. Gor is one of the top earners among teen actors in India, as she charges INR 40 lakh per film and INR 25k per episode.

In 2008, Avika made her acting debut on-screen with the most popular TV serial at that time’s Balika Badhu and played the role of Anandi Jagdish Singh. And she got her 1st big break in this show. After that, she never looks back.

She also appeared in several reality shows like Jhalak Dikhhla Jaa (season 5) as Contestant, Comedy Nights with Kapil as a Guest, Bigg Boss 11 as a Guest and many more. As per the source, she will be the part of the ninth season of Fear Factor: Khatron Ke Khiladi. 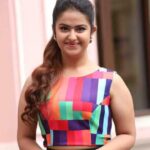 She is last seen playing the Lead Role of Anushka Sangwan in Laado – Veerpur Ki Mardani.In 2009, she made her debut in the Bollywood film industry with the film Morning Walk. Avika Received 2nd South Indian International Movie Awards for the Telugu Film Uyyala Jampala.

After that, she appeared in movies such as Paathshala, Tezz, Lakshmi Raave Maa Intiki, Maanja, Ekkadiki Pothavu Chinnavada and more. She also worked in short films like Ankahi Baatein and Me, Me, Myself.

Some Known Facts About Avika Gor

What is Avika Gor's age?
23 years (30 June 1997)
What is the height of Avika Gor?
1.68 m
Who is the husband of Avika?
However, since 2011, Avika and Manish worked together in Sasural Simar Ka. Furthermore, in the TV serial Sasural Simar Ka, Avika acted the role of Roli, a wife of Manish Raisinghan.
Is Balika Vadhu still running?
Your favorite show, Balika Vadhu, will end on a happy note. One of the longest-running shows on television, Balika Vadhu, will soon go off the air, as the loyal viewers of the show already know. But with ‘this’ sad news comes one piece of good news too.
What happens in Balika Vadhu?
Balika Vadhu (English: Child Bride) is an Indian soap opera that aired on Colors TV. The story which is set in rural Rajasthan revolved around the life of a child bride from childhood to womanhood. The first season focused on Anandi and Jagdish, who were married in childhood.