Robert Shapiro was born in Plainfield, New Jersey, in September 1942 and graduated from Loyola Law School in 1968. Once he opened his own firm in 1972, Shapiro started off on a firm path, often representing famous clients who had minor entanglements with the law. In 1994, he was hired as part of the defense team for O.J. Simpson and became part of what would become known as the “trial of the century.” Robert Shapiro was born in Plainfield, New Jersey, to a Jewish family. He graduated from Hamilton High School in Los Angeles in 1961 and UCLA in 1965, with a B.S. in Finance. He obtained his Juris Doctor from Loyola Law School in 1968. At UCLA, he pledged the Jewish fraternity Zeta Beta Tau with his best friend, Roger Cossack.

At Loyola, he set himself apart from his classmates by winning two American Juris Prudence awards and the school’s moot court competition. This earned him the spot as the court’s chief justice. His experience as justice provided him with future connections and showed him that his calling was the courtroom. 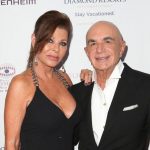 Robert Shapiro With His Wife

O.J. Simpson trial, the criminal trial of former college and professional gridiron football star O.J. Simpson, who was acquitted in 1995 of the murder of his ex-wife Nicole Brown Simpson and her friend Ronald Goldman. It was one of the most notorious criminal trials in American history.

On the night of June 12, 1994, Simpson’s ex-wife and Goldman were stabbed to death outside her condominium in Los Angeles, and Simpson quickly became the prime suspect. Rather than surrender to police after being notified of impending charges, on June 17, Simpson hid in the back of a sport-utility vehicle driven by his friend A.C. Cowlings.

After being told that Simpson had a gun to his own head, law-enforcement officers followed the vehicle at low speeds for more than an hour. The attempted “escape” was televised live nationally seen by an estimated 95 million viewers and hundreds of Simpson’s fans lined the streets in support of him. It ended at Simpson’s home in Brentwood, California, where he was placed under arrest and taken into police custody.

Simpson was formally arraigned on July 22, 1994, entering a plea of not guilty. The trial began on January 24, 1995, with Lance Ito as the presiding judge. The Los Angeles district attorney’s office, led by Marcia Clark and Christopher Darden, emphasized the domestic violence that had occurred prior to and after the Simpsons’ 1992 divorce as a motive for the murders. The attorneys representing Simpson, known as the “Dream Team,” included F. Lee Bailey, Robert Blasier, Shawn Chapman Holley, Robert Shapiro, and Alan Dershowitz; Johnnie Cochran later became the defense team’s lead attorney. 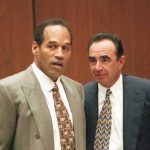 The Simpson defense was based largely on the grounds that evidence had been mishandled and that many members of the Los Angeles police department were racist, particularly Mark Fuhrman, a detective who allegedly found a bloody leather glove at Simpson’s home. The defense team argued that the glove could not have been Simpson’s, because it appeared too small for his hand when he tried it on in the courtroom. In addition to the glove, the defense claimed that other important evidence had been planted by the police to frame Simpson.

During the trial, which lasted more than eight months, some 150 witnesses testified, though Simpson did not take the stand. Many cable television networks devoted long stretches of time to speculation about the case and to public opinion of it. Belief in Simpson’s innocence or guilt was divided largely along racial lines, with a majority of African Americans in support of Simpson and most white Americans believing in his guilt. Millions watched the television proceedings of the trial throughout the day, and the major figures involved in the case became instant celebrities.

On October 2, 1995, the jury finally began deliberating and reached a verdict in less than four hours. Ito, however, delayed the announcement until the following day.

On October 3 Simpson was found not guilty of the murders of Nicole Brown Simpson and Ronald Goldman. After the verdict, polls of public opinion continued to break down along racial lines. Whites were largely dismayed by the jury’s decision, whereas the majority of African Americans supported it, seeing Simpson’s acquittal as a victory in a legal system that systematically discriminated against blacks.

The 24-year-old son of renowned defense attorney Robert Shapiro died last month from an accidental overdose of Ecstasy two days after he had to be carried from a Hollywood party. Brent Shapiro attended the USC-Arizona football game on October 8 and that evening went to an “ ’80s party” at the American Legion post in Hollywood with his fiancée and friends. He drank beer and ingested Ecstasy at the party. It was reported that he began vomiting and had to be “carried to the shuttle van and was not talking coherently,” according to the report. 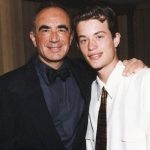 Before he left the party, a man identified in the report only as an Army medic with emergency-medical-technician training recommended that he drink plenty of water to clear out the Ecstasy. His friends took him to his fiancée’s apartment at about 3 a.m. Four hours later, his friends reported that he had become blue and completely “non-responsive and non-communicative.”

Paramedics were called, and they took him to Cedars-Sinai Medical Center, where he was pronounced dead the next day at 4:30 p.m.Coroner’s investigators found that the USC music student, who spent three semesters on the dean’s list and planned to attend law school, suffered from a condition called mitral valve prolapse, or a heart murmur, though it is not known whether it contributed to his death. Robert Shapiro told investigators that his son had been in rehabilitation for drug and alcohol abuse, and had been clean for about 18 months.

In addition to providing details of Brent Shapiro’s cause of death, the report alleges that the hospital failed to notify authorities and accuses an organ-procurement firm of incorrectly telling the hospital that the death would not be a coroner’s case. The coroner’s office learned of the young man’s death from his father, who had asked the chief medical examiner to expedite the case, “as the family had already made arrangements for services to be held the next day at 9:30 a.m.,” and not from the hospital, as mandated by law.“Failure to notify the coroner immediately is a misdemeanor under California law,” said coroner’s office Chief Investigator Craig Harvey. “An overdose (or suspected overdose) is a case that is to be reported to the coroner.

It does not matter that the overdose was therapeutic, accidental or suicidal. They are all reportable.”According to the report, the coroner’s office also learned that the organ-procurement company One Legacy had been given permission by the parents to remove Brent Shapiro’s liver, lungs, and other organs. One Legacy representative Scott Snider told the Weekly that he couldn’t comment about the Shapiro case but said that it is up to the hospital to report any unusual deaths to the coroner.

“We work closely with the hospital,” he said. “We certainly would make sure the coroner is involved. We want to cover all our bases. We are very family-driven. We don’t want to come back later and say there is a delay.”Wrote the investigator: “I asked him why he had not reported the death and he told me, “One Legacy doesn’t call except during daylight hours.” The investigator stated that “didn’t make sense” because Shapiro died at 4:30 p.m. the day before.

A Cedars-Sinai spokeswoman had no immediate response but said she would look into the matter. Harvey said organ donation involving a coroner’s case requires consent from both the family and the coroner. “As was the case here, someone made some decisions based on a faulty premise,” said Harvey. “It happens.”The Shapiro family later rescinded permission because it would have delayed burial services.

A week after his son’s death, Shapiro appeared on Larry King Live and said that his son had taken half of an Ecstasy tablet and started to get violently ill and that there was “somebody there that claimed to be a medic that said his vital signs are fine” and that “he probably just had too much to drink, which he hadn’t.” Shapiro added, “He got sick.

They didn’t recognize how sick he was. He started to vomit. He was told if they just took him home and he got to sleep, he’d be fine. Seven o’clock in the morning he was turning blue.” Ecstasy, also known as MDMA, is a synthetic, psychoactive drug chemically similar to the stimulant methamphetamine and the hallucinogen mescaline. Robert Shapiro is most famous for being a member of O.J. Simpson’s dream team, along with Johnnie Cochran.

Shapiro’s clients have included Jose Canseco, Johnny Carson, Christian Brando, and F. Lee Bailey. Shapiro is also the author of the New York Times best-seller The Search for Justice. After his son’s death, he founded the Brent Shapiro Foundation for Drug Awareness. A charity auction will be held on eBay on December 11. In addition to his father, Shapiro is survived by his mother, Linell, and a brother, Grant.

What Did Oj Whisper To Robert Shapiro?

Robert Shapiro, Former Defense Attorney For O.J. Simpson, Finally Revealed What His Client Whispered To Him After A Jury Pronounced Him Not Guilty. “’ you Had Told Me This Would Be The Result From The Beginning,’” Shapiro Recalled Simpson Told Him. According To Shapiro, Simpson Added, “’ you Were Right.’”

What Is Robert Shapiro’s Net Worth?

Robert Shapiro Is Has A Net Worth Of $100 Million Dollars. He Is Well Known As A Civil Litigator. He Has One Of The Founders Of The Legal Zoom Company. Besides, He Also Co-founded Shoedazzle.Com And Right Counsel.

Shapiro Played A Crucial Role In The O. J. Simpson Murder Case. Already Associated With Simpson, On June 17, 1994, He Was Present At Robert Kardashian’s Press Conference Pleading For Simpson To Turn Himself Into The Police.

What Happened To Shapiro’s Son?

A Coroner’s Report Concluded That The 24-year-old Son Of Renowned Defense Attorney Robert Shapiro Died Last Month From An Accidental Overdose Of Ecstasy Two Days After He Had To Be Carried From A Hollywood Party. Brent Edward Shapiro Attended The Usc-Arizona Football Game On October 8 And That Evening Went To An “ ’80S.