Ram Charan is a well-known Indian Actor, Producer, Dancer, and Entrepreneur. He is famous for doing acting in the Tollywood film industry. He is one of Tollywood’s most popular and influential actors and has been on Forbes India’s Celebrity 100 list since 2013. Ram Charan is considered amongst one of the highest-paid actors in Telugu movies.

Ram Charan was born in a Hindu family on March 27, 1985, in Chennai in the state of Tamil Nadu, India. He is the son of popular Telugu actor Chiranjeevi. His mother’s name is Surekha Konidela. He is the only brother of his two sisters- Sushmita and Srija. Film producer Nagendra Babu and Actor Pawan Kalyan are his uncles and Allu Arjun, Sai Dharam Tej, and Varun Tej are his cousins. He got married to Upasana Kamineni on 14 June 2012, who is Vice-Chairman of Apollo Charity and Chief Editor of B Positive magazine. Ram Charan completed his schooling from Padma Seshadri Bala Bhavan School, Chennai. He drops his college to pursue his acting career. He has good skills in Martial Arts, and knows horse riding well and the person who encouraged him to be involved in horse riding was Prabhu, a Tamil actor.

Ram Charan started his career in 2007 with the movie ‘Chirutha’ which was directed by Puri Jagannadh. The movie is a blockbuster and Ram Charan has gained good ratings for his movie. 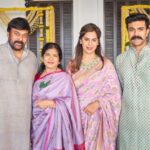 According to Woodgram, Ram Charan’s estimated Net Worth, Salary, Income, Cars, Lifestyles & many more details have been updated below. Let’s check, How Rich is Ram Charan in 2020? 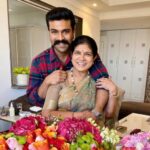 In 2009, Ram Charan appeared in S.S.Rajamouli’s directed film’Magadheera’. This movie changed the dimensions of the Tollywood box office. Actor Chiranjeevi playing a cameo role, Magadheera has been an industrial hit and has collected 70 crore collections.

In 2013, he worked in a Bollywood movie sZanjeer’ for the first time in which he played the role of ‘ACP Vijay Khanna’. Apart from acting, he also worked as a producer in the Telugu movies-‘Khaidi No. 150’ and ‘Sye Raa Narasimha Reddy’.

He had also tried his luck in singing. In 2013, he sang a Telugu song ‘Mumbai Ke Hero’ along with Jaspreet Jazz and Roshni Baptist for the Bollywood movie ‘Zanjeer’. He also worked in many NC ads and modeling assignments.

He is a successful entrepreneur, who serves on the board of directors of MAA TV. In 2015, he started his own Hyderabad-based airline business TruJet and ‘Turbo Megha Airways’. He is the owner of a Polo Team ‘Ram Charan Hyderabad Polo Riding Club’ in Hyderabad and the co-owner of the obstacle running series ‘Devil’s Circuit’.