Rachita Ram is an Indian actress who is primarily known for her work in the Kannada cinema. Prior to her entry into cinema, she appeared in the Kannada television soap opera Arasi.

Following a successful television career, Rachita made her acting debut in the 2013 Kannada language film Bulbul as the female lead paired opposite Darshan, which went commercially successful. She consequently appeared in Dil Rangeela (2014) and Ambareesha (2014). As of January 2016, Rachita is filming with Chakravyuha opposite Puneeth Rajkumar and Chethan Kumar’s Bharjari opposite Dhruva Sarja. At Present, the estimated Rachita Ram Net worth is Rs. 80 Lakh Indian Rupees (approx) in 2018. She worked with her sister Nithya in a show named Benkiyalli Aralida Hoovu. Moreover, she acted in various Kannada films. 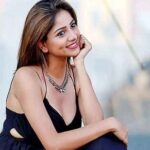 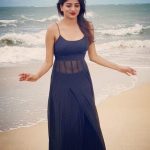 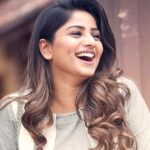 Rachita Ram auditioned for the female lead role in Bulbul with 200 other girls before was finalized, in July 2012. She was paired opposite Darshan in the film that went to become a success commercially. Rachita Ram acted with top actors in the industry like Ranna with Kiccha Sudeep, Chakravyuha opposite Puneeth Rajkumar, Dil Rangeela with Ganesh and also she acted with Srimurali in Rathavara.

Rachita Ram auditioned for the female lead role in Bulbul with 200 other girls before she was finalized, in July 2012. Before that, she had already worked in Kannada television soap Benkiyalli Aralida Hoovu along with her sister Nithya Ram. She was paired opposite Darshan in the film that went on to become a success commercially.
On her performance, G. S. Kumar of The Times of India wrote, “A new star is born in Sandalwood. Rachita Ram has presented an excellent performance in her first movie” and added, “Rachita Ram is amazing with her dialogue delivery, body language, and excellent expressions.”
Rachita Ram first release of 2014 was Dil Rangeela, which was paired opposite Ganesh, a performance that won her acclaim from critics. B. S. Srivani of Deccan Herald felt that she “delivers a seasoned performance” in the film. Her second release of the year saw her paired opposite Darshan again in Ambareesha. The film and her performance earned negative reviews from critics. In Ranna, she played Rukmini, the love interest of Sudeep, appearing in a small yet pivotal role. In Rathavara, she appeared as the love interest of Sriimurali, who plays a gangster and a key aide of an MLA. Sunayana Suresh of The Times of India wrote, “Rachita Ram looks pretty and has acted every bit the cutesy girl-next-door that is required of her”.