Pranitha Subhash is an Indian film actress, a model who predominantly appears in Kannada, Telugu and Tamil films. She was raised in Bangalore and pursued a career in modeling before plunging into films. She debuted as an actor in the 2010 Kannada film, Porki, a remake of Telugu film Pokiri, and in the same year starred in the Telugu film, Em Pillo Em Pillado. Her Tamil debut was with the film Udhayan (film) (2011). She went on to appear in several commercially successful Telugu and Tamil films like Baava (2010), Attarintiki Daredi (2013), Massu Engira Masilamani (2015) opposite Suriya and Enakku Vaaitha Adimaigal opposite Jai. In 2012, she starred in a critically acclaimed parallel cinema, Bheema Theeradalli for which she was nominated for the Filmfare award for Best Kannada actress and SIIMA award for Best Kannada actress.

Pranitha Subhash has supported brands such as Joyalukkas, SVB Silks Salem, Bombay Jewelry, Sri Lakshmi Jewelry, Pondicherry, and RS Brothers. She was signed as Karnataka Bulldozers’ ambassador to the Celebrity Cricket League for her third season in 2013. In October 2014, Pranitha and Anu Prabhakar were selected as ambassadors for the Jewels of India fashion in Bangalore. Pranitha was the ambassador of the Exotica jewelry brand the following year. She was the face of GRB and Lulu Mall among others. 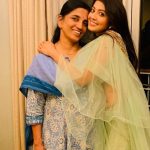 Pranitha Subhash With Her Mother

Pranitha has an estimated net worth of $2 million US dollars. She charges Rs 75 lakh to 1 crore per film and also enjoys high-profile endorsement deals. 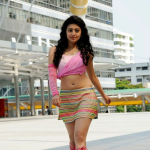 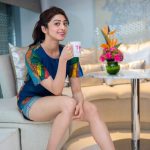 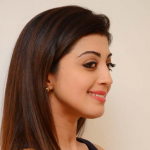 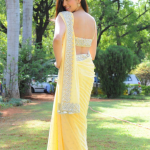 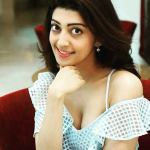