Prabhas is an Indian actor who works in Telugu, Hindi and Tamil films. Prabhas made his screen debut with the 2002 Telugu action drama film Eeswar. He has garnered the state Nandi Award for Best Actor, for his role in Mirchi. He made a guest appearance in Prabhudeva’s 2014 Hindi film Action Jackson. Prabhas is the first south Indian actor to have his wax sculpture at Madame Tussaud’s wax museum. 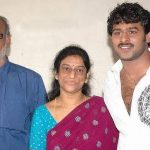 Prabhas With His Father And Mother

Prabhas was born to film producer U. Suryanarayana Raju and his wife Siva Kumari. He has two siblings, a brother named Prabodh and a sister Pragathi. He is the youngest of the three children. He is the nephew of Telugu actor Uppalapati Krishnam Raju. Prabhas attended the DNR School, Bhimavaram, and graduated with a B.Tech. degree from Sri Chaitanya College, Hyderabad. 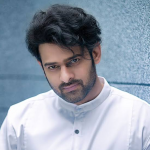 With crores in hands, the Baahubali actor Prabhas currently living a lavish lifestyle in the prime locality of Film Nagar, Hyderabad. This Prabhas house was constructed in the year 2014. The property is worth INR 60 crore. He also has gym equipment worth INR 1.5 crore.

The million-dollar actor Prabhas is also a big fan of supercars and classic vehicles. The actor has an expensive car collection standing in his parking lot of different brands. 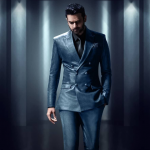 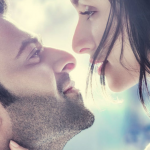 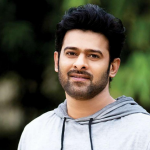 Who Is The Father Of Prabhas?

What Is The Real Height Of Prabhas?