Patricia Arquette Is an Oscar-winning actress who has a long career in film and television, continually showing her great range as a performer across genres. Patricia Arquette is an American actress who performs simultaneously in films and television with equal élan. This blue-eyed actress hails from a family of actors and entertainers. Her acting career, comprising of big-screen flicks, independent projects, and television, spanning over two decades reflects her versatility as she has taken up hysterically funny to dreading roles. She made her film and television debut in 1987 with ‘A Nightmare on Elm Street 3: Dream Warriors’ and ‘Daddy’ respectively.

Some of her award-winning performances were delivered in films and TV series, such as ‘Wildflower,’ ‘Medium,’ ‘The Hi-Lo Country,’ and ‘Boyhood.’ Of these, Richard Linklater-directed ‘Boyhood’ needs special mention. Her role as Olivia Evans in the film not only got her widespread appreciation but also fetched several awards, including ‘Oscar,’ ‘BAFTA Award,’ ‘Golden Globe Award,’ ‘Boston Society of Film Critics Award,’ and ‘Critics’ Choice Movie Award.’ The television drama series ‘Medium’ earned her ‘Primetime Emmy Award for Outstanding Lead Actress in a Drama Series.’ She is among 13 such actresses including the likes of Julia Roberts, Kate Winslet, and Anne Hathaway who have received the ‘Oscar,’ ‘BAFTA Award,’ ‘SAG Award,’ ‘Golden Globe Award,’ and ‘Critics’ Choice Award’ for a single film. Patricia was born in Chicago, though the family soon moved to a commune near Arlington, Virginia. Her parents, Lewis Arquette, an actor, and Brenda Denaut (née Nowak), an acting teacher and therapist, had 4 other children: Rosanna Arquette, Richmond Arquette, Alexis Arquette, and David Arquette, all actors. Her paternal grandfather, Cliff Arquette, was also an entertainer. Patricia’s mother was from an Ashkenazi Jewish family (from Poland and Russia), while Patricia’s father had French-Canadian, Swiss-German, and English ancestry. 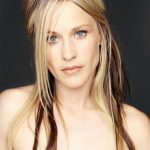 At 15, Patricia ran away from home to live with her sister Rosanna and, after initial insecurity, got her start in Pretty Smart (1987). A year later, she gained attention for her starring role in A Nightmare on Elm Street 3: Dream Warriors (1987), considered by many to be the best film of the Nightmare series. In 1989, Patricia’s son, Enzo (father is Paul Rossi), was born.

Soon after, her career took off, and she has since appeared in such critically acclaimed movies as True Romance (1993), Beyond Rangoon (1995), Ethan Frome (1993), Lost Highway (1997) and Flirting with Disaster (1996). She won a CableACE award in 1991 for her portrayal of a deaf epileptic in Wildflower (1991). In 1997, after her mother died of breast cancer, Patricia took the lead in the fight against the disease. She has run in the annual Race for the Cure and in 1999 was the Lee National Denim Day spokesperson. 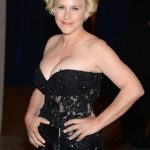 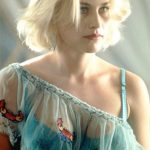 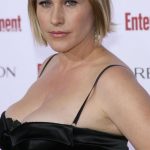 Patricia Arquette is an American actress and director who has a net worth of $24 million dollars.

Patricia Arquette was born on April 8, 1968, in Chicago, Illinois. She is the sister of actors Rosanna Arquette and David Arquette. She made her major film debut in 1987 as Kristen Parker in first A “Nightmare on Elm Street 3: Dream Warriors”. Arquette has appeared in a number of films, including he has appeared in films such as “True Romance”, “Ed Wood”, “Flirting with Disaster”, “Lost Highway”, “Stigmata”, “Bringing Out The Dead”, “Tiptoes”, “Holes”, and “Boyhood”.

She is perhaps best known for her role as real-life psychic Allison Dubois on the long-running NBC series “Medium”. The supernatural series ran for seven seasons and garnered Arquette three Golden Globe nominations and two Emmy Award nominations. In 2005 she won the Primetime Emmy Award for Outstanding Lead Actress in a Drama Series. 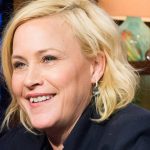 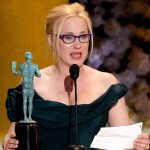 Thomas Jane (June 2001-July 2011) – Patricia commenced dating another actor, Thomas Jane in 2001. The couple got engaged in August 2002 and in 2003 welcomed their daughter, Harlow Olivia Calliope (born – February 23, 2003). The duo got married three years later on June 25, 2006, at the Palazzo Contarini in Venice, Italy. In 2009, Patricia filed for divorce but the couple reconciled. Subsequently, in August 2010, they proceeded with the divorce which was finalized on July 1, 2011. The daughter remains in their joint custody. 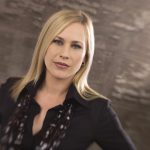 Some Known Facts About Patricia Arquette

What Was Patricia Arquette In?

Born In Chicago In 1968, Actress Patricia Arquette Comes From A Family Of Performers. She Earned Acclaim For Her Work In The Made-for-tv Movie Wildflower (1991) And The Crime Adventure True Romance (1993), Before Demonstrating Her Range In David Lynch’s Lost Highway (1997).

What Is Patricia Arquette Known For?

Patricia Arquette (born April 8, 1968) Is An American Actress. For Playing A Divorced Mother In The Coming-of-age Drama Film Boyhood (2014), Which Was Filmed From 2002 Until 2014, Arquette Received Widespread Critical Praise And Won Several Awards, Including The Academy Award for Best Supporting Actress.

What Is Patricia Arquette’s Net Worth?

Patricia Arquette Is An American Actress And Director Who Has A Net Worth Of $24 Million Dollars.

Who Is Patricia Arquette’s Husband?