Nayanthara was born on 18 November 1984 in Bengaluru, Karnataka, India, and her birth name are Diana Mariam Kuriyan. She is also a leading Heroin in other south Indian language movies like Telugu, Malayalam, and Kannada. Also, she is a prestigious Kalaimamani award winner.

Nayanthara gets married in a secret ceremony. Nayanthara has reportedly exchanged wedding vows to Ta mil filmmaker Vignesh Shiva recently in a hush-hush ceremony. Nayanthara made her acting debut in the 2003 Malayalam film Manassinakkare with Jayaram. She made her debut in Tamil cinema with Ayya (2005) and Telugu with Lakshmi (2006). As her father was an Indian Air Force official, Nayanthara studied in various parts of India, mainly in North India. She did her schooling in Jamnagar, Gujarat, and Delhi. In Thiruvalla, she studied at Balikamadom Girls Higher Secondary School and then attended Marthoma College, Thiruvalla for her bachelor’s degree in English Literature.

Nayanthara net worth is estimated to be $10 million dollars as of 2022. She charges around Rs 3 crore as salary for every film and one of the highest-paid actress in Kollywood.

Nayanthara was born and brought up as a Syrian Christian. On 7 August 2011, she embraced Hinduism at the Arya Samaj Temple in Chennai. She has gone through Shuddhi Karma, a procedure involving a Vedic purification and a Homam where she chanted the hymns from the Veda and the Gayatri Mantra under the guidance of the priest. After the purification ceremony, a Certificate of Conversion to Hinduism was issued to her, and her stage name, Nayanthara, became her official name. 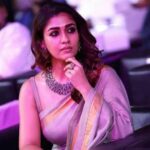 Furthermore, she threatened to go on hunger strike if Prabhu Deva married Nayanthara, while several women’s organizations conducted protests against Nayanthara for bringing disrepute to the Tamil culture, burning an effigy of her. In 2012, Nayanthara confirmed that she had ended her relationship with Deva. Nayanthara and Vignesh Shivan have been in a love relationship ever since they worked together in Naanum Rowdy Dhaan. The couple is said to have been engaged.

Think of a girl who can pull the most south indian characters to the trendiest north indian girl characters – and you can’t help but think of Nayantara. 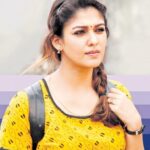 This lady lost oodles of weight at one point and became a sensation with her exceptional looks. She makes for a pretty picture even without makeup on a lot of days. Her features and cheek bones highlight her presence which leaves a dreamy picture everywhere.

To remain slim, She does Yoga regularly. She also tries to sleep 8 hours (minimum) per day. Nayan has a personal trainer who helps shape up her body and get rid of the kilos which she had put in the early stages of her career. Exercise is a must for her. Proof? When she was traveling to Malaysia, she checked-in a hotel that had a gym (so that she could never ever skip a session).

By the way, the Lady SuperStar takes a Power Nap in the afternoon to freshen up and clear her mind.

She admits she is not obsessed with any diet plan.

She says, “I think my beauty is a God-given gift. I don’t follow any special routine of diet or exercise. I do not stay away from food for the sake of maintaining my figure. Even during shoots, I eat whatever is provided to other unit members.”