Nancy McKeon (Nancy) is an American actress who acted in the NBC sitcom, ‘The Facts of Life’. She started her career at a very young age with active encouragement from her family. She starred in a number of TV commercials and later got guest roles in TV series. Nancy got the break with a major role in the popular sitcom ‘The Facts of Life’. The show went on to become one of the biggest hits on TV at the time of its release. After the discontinuation of ‘The Facts of Life’, Nancy’s career suffered a slowdown as she was rejected in a number of auditions. However, she struggled to survive in the entertainment industry and starred in a number of made-for-TV movies. Her good voice also got her roles as a dubbing artist in many TV series targeted at children. Though inactive, Nancy continues to act whenever she gets an opportunity.

She began her entertainment career by modeling baby clothing for the Sears & Roebuck catalog when she was just two-years-old. Along with her brother, Philip McKeon, she performed in many commercials. In 1976, her brother was chosen to play a major role in the television show, Alice. It was then that the family moved from New York to Los Angeles. Early on, McKeon appeared on the soap operas The Secret Storm and Another World. In 1979, she was discovered by a casting director for The Facts of Life on the basis of her performance in a Hallmark advertisement, in which she was able to cry on cue. She was cast as tomboy Jo Polniaczek in the fall of 1980 during the show’s second season when four of the first season’s cast, including Molly Ringwald, left the show. This is often considered to be her most well-known role and she portrayed the character until the show was canceled in 1988. McKeon also provided the voice for many ABC Weekend Special cartoon characters, including the voice for Scruffy. 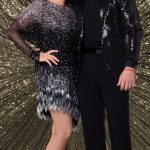 Hot Nancy McKeon In A Show

Nancy McKeon was born on April 4, 1966, in Westbury, New York. The daughter of a travel agent, McKeon and her brother, Philip, grew up in the entertainment industry. McKeon started making commercials at the age of 2, followed by guest appearances on such soap operas as Another World, before moving to California in the mid-1970s. McKeon and her family relocated to Los Angeles for her brother’s career. He had landed a leading role in the sitcom Alice starring Linda Lavin. Lavin played the title character, a widowed single mother who works as a waitress in a diner. Philip McKeon played her son, Tommy. While her brother starred in a hit comedy, McKeon landed guest spots on such shows as Starsky and Hutch and The Love Boat.

Nancy McKeon Net Worth: Nancy McKeon is an American actress who has a net worth of $6 million. Born in Westbury, New York, in 1966, Nancy McKeon and her brother were in dozens of commercials growing up, and the family moved to Los Angeles by the time Nancy was ten years old. She was cast in “The Facts of Life” as Jo Polniaczek and stayed with the show through its 1988 cancellation. She lost out on the role of Monica Geller on the hit series “Friends” to Courteney Cox, and went on to secure parts in “Can’t Hurry Love” in 1995 and “Style & Substance” in 1998. 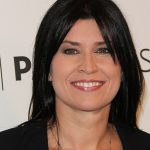 Michael Damian (1987-1989) – She started dating her The Facts of Life co-star Michael Damian in 1987. They were in a relationship for 2 years before separating in 1989.
Luc Robitaille (1990-1991) – McKeon and Canadian ice hockey player Luc Robitaille were in a romantic relationship from 1990 to 1991. Rumors are that they were engaged and living together at one point. However, their relationship didn’t last more than 1 year as the couple broke up in 1991.
Mark Holmes – She had a fling with Platinum Blonde lead singer Mark Holmes in the past.
Marc Andrus (1993-Present) – Nancy started dating an actor and show presenter, Marc Andrus in the year 1993. After dating for 10 years, they eventually got married on June 8, 2003. The couple has 2 daughters together named Aurora (b. March 6, 2004) and Harlow Andrus (b. December 2006). 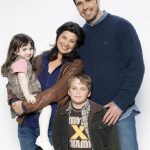 Nancy McKeon With Husband And Children

She has a brief cameo in 2019’s You Light Up My Christmas, a movie starring her Facts of Life co-star Kim Fields. The movie also includes her other cast members from the show. McKeon was supposed to have a larger role in the movie but was unable to film more due to a family emergency. Also in 2019, McKeon announced on social media her involvement in a new, planned Amazon series based on the popular Lauren Oliver young adult novel, Panic.

The last time she appeared in an acting capacity on television was in 2011 when she played Millie in the television film ‘Love Begins’. Her only other appearance on television since then was when she appeared as herself on a 2016 special episode of ‘Home & Family’ titled ‘The Facts of Life Reunion’. Since then, she has not been seen on television. However, in interviews, Nancy McKeon has stated that she wanted to spend quality time with her family. She married Marc Andrus in 2003 and the couple has two daughters together, Aurora and Harlow.

Although she has not officially retired from the entertainment industry and is still listed on information pages as currently working as an actress, she has kept away from the limelight in recent years. She has occasionally been photographed out and about with her daughters. The family now lives in Austin, Texas, and it is in this area where she and her daughters are often spotted going about their daily lives. 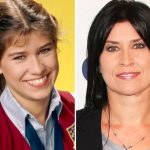 Nancy Then And Now

Some Known Facts About Nancy McKeon

How Much Is Nancy Mckeon Worth?
Nancy Mckeon’s Height Is 5Ft 6In And She’s Of Irish Descent. She Currently Resides In Austin, Texas. Her Net Worth Is Estimated At $2 Million. She Was Worth As Much As $6 Million At The Height Of Her Career.
When Was Nancy Mckeon Born?
April 4, 1966 (Age 54 Years)
What Nationality Is Nancy?
American
Is Philip Mckeon And Nancy Related?
Mckeon Was Born In Westbury, New York, The Son Of Barbara And Donald Mckeon, A Travel Agent. His Younger Sister Is Actress Nancy Mckeon. He Has Also Produced Or Directed A Few Films, Such As Teresa’s Tattoo (1994) (Which Starred His Sister Nancy Mckeon), Murder In The First (1995), And The Young Unknowns (2000).
How Old Is Nancy Mckeon?
54 Years, Nancy Was Born On April 4, 1966, In Westbury, New York, And Began Her Career At The Tender Age Of Two Years Old When She Appeared In A Sears Catalog Modeling Baby Clothes. She Continued In The Entertainment Industry, Appearing In Many Commercials And Soap Operas Like The Secret Storm And Another World.