Mila Kunis is an American actress. She is best known for her role as ‘Jackie’, the boisterous, chirpy, self-centered rich girl in the American sit-com, ‘That ‘70s Show’. Although she has moved out of the ‘That ‘70s Show’ zone and has delivered a number of hits, she is fondly remembered for annoying ways and her prolific comic timing. She has since then, appeared in many television series including the animated series, ‘Family Guy’, and played a minor role in the television drama series, ‘7th Heaven’. When she started off in films, most of her movies released a lot later than the promised release date. However, she remained undeterred and began to get noticed for her versatility in acting and her power-packed dialogues.

‘Forgetting Sarah Marshall’, ‘Extract’, ‘The Book of Eli’, ‘Black Swan’, and ‘Friends with Benefits’ earned her critical acclaim and she soon became Hollywood’s favorite, with her girl-next-door charm and realistic chemistry with her co-stars. She has been romantically linked with a number of her co-stars including Macaulay Culkin, Justin Timberlake, and her ‘That ‘70s Show’ co-star, Ashton Kutcher. Apart from her acting career, she is the face of Christian Dior and is ranked as one of the ‘100 most powerful celebrities around the world’.

Mila Kunis, Film and television actress came to fame on the sitcom ‘That ’70s Show.’ In the film, she’s co-starred in such hits as ‘Forgetting Sarah Marshall, ‘Black Swan’, and ‘Bad Moms.’ Actress Mila Kunis was born in Chernivtsi, Ukraine, in 1983. At the age of seven, she immigrated with her family to Los Angeles, where she began taking acting lessons. After appearing in several television commercials, Kunis landed a co-starring role in the Fox sitcom That ’70s Show in 1998, which led to voice work for the cartoon series Family Guy. Kunis has since enjoyed a successful big-screen career, earning notice for roles in Forgetting Sarah Marshall (2008), Black Swan (2010), Friends with Benefits (2011), Ted (2012), and Bad Moms (2016), among other features.

Mila Kunis was born Milena Markovna Kunis to a Jewish family in Chernivtsi, Ukraine, USSR (now independent Ukraine). Her mother, Elvira, is a physics teacher, her father, Mark Kunis, is a mechanical engineer, and she has an older brother named Michael. Her family moved to Los Angeles, California, in 1991. After attending one semester of college between gigs, she realized that she wanted to act for the rest of her life.

She started acting when she was nine years old when her father heard about an acting class on the radio and decided to enroll Mila in it. There, she met her future agent. Her first gig was when she played a character named Melinda in Make a Wish, Molly (1995). From there, her career skyrocketed into big-budget films. 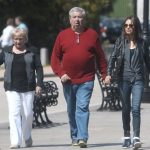 Best Known For: Playing the role of Jackie Burkhart in a TV show That ’70s Show (1998-2006). She gave her voice to a character Meg Griffin for a 2005 movie called “Stewie Griffin: The Untold Story”, TV show called “Family Guy” (2000-Present) and 2006 Video Game called Family Guy Video Game!
First Album: Mila has not released an album herself but has appeared in other artist’s videos. The first one was back in 1999, the music video was titled In the Street by Cheap Trick.
First Film: As Actress – 1995 horror film Piranha for her role as “Susie Grogan”. It was a TV movie.
: As Voice Artist – 2005 film Stewie Griffin: The Untold Story is her first movie as a voice artist. She gave her voice to a character called as Meg Griffin.
First TV Show: As Actress: 1994 TV show Days of Our Lives for her role as “Hope”. She appeared only in 1 episode in a flashback. Her next TV show was Baywatch which telecasted on TV from 1994 to 1995. In this show, she appeared in 2 episodes, viz. “Aftershock” “Hot Stuff” for her role as Annie / Bonnie. Her best TV appearance is in That ’70s Show (1998-2006) in which she did 200 episodes as “Jackie Burkhart”.
As Voice Artist: She gave her voice in the TV show Family Guy for her role as Meg Griffin.
Personal Trainer: Brian Abercrombie is the one who kept Mila Kunis in shape for her 2011 movie “Friends with Benefits”. He increased Mila’s workout from 3 to 5 days per week. He made to work on this principle called P.A.S.E. (Power, Agility, Strength, Endurance). She also paid attention to her diet by eating low carbohydrates, proteins, and fats.

Recently, we have paid a lot of attention to the little girls, today we are continuing in the same vein. Mila is one of those actresses who didn’t let her height prevent her from reaching the top of her career. Despite the fact that she is on the short side, the actress has managed to land a large number of leading roles in the industry.

Like all other celebrities, you can bet that there are people willing to challenge it at 5 feet 4 inches, well here’s what the actress has to say about it. My friends call me Hobbit, I look smaller than I am. People will say, “You’re not 5 feet tall,” and I’ll say, “I know my height. I constantly win bets, hundreds of dollars. Well, if you have a few hundred dollars lying around, feel free to challenge her height in person. Although we can’t help but notice her small size, we can’t help but notice the dazzling difference in height between her boyfriend, Ashton Kutcher, and her. While Mila stands 5 feet 4 inches away, Ashton is 6 feet 2. That’s a distance. Here are some celebrities who share Mila Kunis’ height Britney Spears, Tina Turner, and Victoria Beckham. 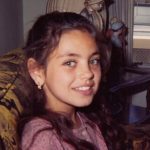 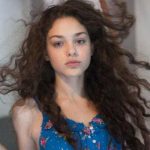 The principal Family Guy voice actors each earn $100,000 per episode. That works out to around $2 million per year, per actor. They can earn additional royalties from the sale of DVDs, merchandise, and syndication deals.

By comparison, the principal voice actors on The Simpsons each earn $300,000 per year but they negotiated a larger deal several years back after threatening to walk away forever.

Kunis dated Culkin for eight years before their “amicable” split was announced in early 2011. Years later, while appearing on Dax Shepard’s podcast, she confessed that their breakup was far more difficult than originally portrayed, saying, “I f****d up.”   In 2012 Kunis began dating actor Ashton Kutcher, her longtime co-star and on-screen boyfriend from That ’70s Show. In March 2014, media outlets began reporting that Kunis, 30, and Kutcher, 36, were engaged and Kunis confirmed they were expecting a baby in an appearance on The Ellen DeGeneres Show in May. The couple welcomed their baby daughter, Wyatt Isabelle Kutcher, on September 30, 2014. 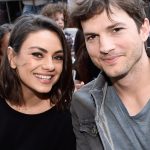 In 2015 Kunis and Kutcher were married over the Fourth of July weekend at the Secret Garden at Parrish Ranch in Oak Glen, California, according to People magazine. On November 30, 2016, Kunis gave birth to their second child, a son named Dimitri Portwood Kutcher. Despite all of her success, Kunis, who didn’t know a word of English when she first arrived in the United States, says she hasn’t forgotten her roots. She lives in Los Angeles, not far from her parents, and when she visits, she often speaks Russian with them. 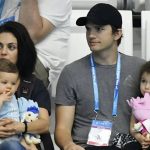 “We came to this country with literally nothing, and so any level of success is important to us,” Kunis has said. “My parents never wanted me to become an actress because it’s such an unstable and unpredictable profession. When you’re immigrants, and you have to work hard for everything just to survive, it’s only natural that you worry about having a stable job and income. But I think now they’re more or less convinced that I’m doing pretty well and they don’t have to worry about my career prospects anymore.”

How Much Is Mila Kunis Worth?

The Estimated Net Worth Of The Actress And Producer Mila Kunis Is $75 Million.

How Much Weight Did Mila Kunis Lose?

The Actress Lost 20 Pounds In Five Months And Got Down To 95 Pounds. She Did This With A Terrifying Diet And Exercise Regime That She Was Very Open About. She Revealed To Entertainment Tonight That She Was Only Eating 1200 Calories A Day And Took On Other Habits Like Smoking.

What Is Mila Kunis Best Known For?

Film And Television Actress Mila Kunis Came To Fame On The Sitcom ‘that ’70S Show. ‘ In Film, She’s Co-starred In Such Hits As ‘forgetting Sarah Marshall, ‘black Swan’ And ‘bad Moms.