Michael Keaton (born September 5, 1951), is an American actor, producer, and director. He first rose to fame for his roles on the CBS sitcoms All’s Fair and The Mary Tyler Moore Hour and his comedic film roles in Night Shift (1982), Mr. Mom (1983), Johnny Dangerously (1984), and Beetlejuice (1988). He earned further acclaim for his dramatic portrayal of the title character in Tim Burton’s Batman (1989) and Batman Returns (1992). He is also known for playing Adrian Toomes/The Vulture in the Marvel Cinematic Universe, beginning with Spider-Man: Homecoming (2017) and in the upcoming Spider-Man: Far From Home (2019). Michael Keaton /Michael John Douglas, the youngest of seven children, was born at Ohio Valley Hospital in Kennedy Township, Pennsylvania, on September 5, 1951. He was raised between Coraopolis and Forest Grove, Pennsylvania.

His father, George A. Douglas, worked as a civil engineer and surveyor, and his mother, Leona Elizabeth (née Loftus), a homemaker, came from McKees Rocks, Pennsylvania. Keaton was raised in a Roman Catholic family and is of half Irish descent through his mother. His father was of English, German, Scottish and Scotch-Irish ancestry, and was originally from a Protestant family. Michael Keaton attended Montour High School in Robinson Township, Pennsylvania, and studied speech for two years at Kent State University, where he appeared in plays and returning to Pennsylvania to pursue his career.

As of 2020, Michael Keaton has an estimated net worth of more than $25 million. He made his empire from the great acting performances that mostly were in TV movies, and from being the director and producer of a few movies. 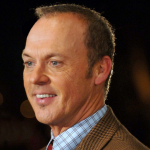 Keaton was married to Caroline McWilliams from 1982 to 1990. They had one son, Sean, in 1983. He had a relationship with actress Courteney Cox from 1989 to 1995. Keaton, a longtime Pittsburgh resident, and fan of its sports teams negotiated a break in his Batman movie contract in case the Pittsburgh Pirates made the playoffs that year, although they ultimately did not. He also wrote an ESPN blog on the Pirates during the final months of their 2013 season. In the 1980s, Keaton bought a ranch near Big Timber, Montana, where he spends much of his time. An avid fisherman, he is often seen on the saltwater fishing series Buccaneers & Bones on Outdoor Channel, along with Tom Brokaw, Zach Gilford, Thomas McGuane and Yvon Chouinard, among others. Keaton endorsed Hillary Clinton for President in the 2016 U.S. presidential election. In 2019, he appeared in a PETA ad campaign, asking tourists not to visit operations that exploit animals, such as roadside zoos which sometimes offer the opportunity to get selfies with wild animals. 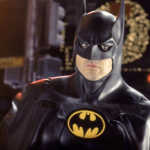 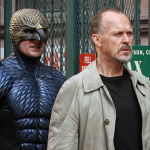 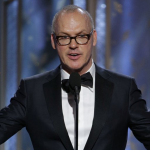 Some Known Facts About Michael Keaton

[wps_faq style=”classic” question=”How Much Is Michael Keaton Worth?”]Michael Keaton Is An American Actor Who Has A Net Worth Of $15 Million. Michael Keaton Earned His Net Worth By Acting In Many Major Films Over The Last 30 Years. He Is Probably Most Famous For Playing The Role Of Batman. Keaton Was Born In Coraopolis Pennsylvania On September 5Th, 1951.[/wps_faq]

[wps_faq style=”classic” question=”Is Michael Keaton Related To Diane Keaton?”]She Is Not Related To Michael Keaton, As Her Birth Name Is Diane Hall. She Changed Her Last Name To Her Mother’s Maiden Name As A Result Of A Diane Hall Already Being In The Actors Guild. Woody Allen Said Of Her, “In Real Life, Keaton Believes In God.[/wps_faq]

[wps_faq style=”classic” question=”Why Did Keaton Disappear?”]In 1991, Keaton Continued To Try Out Dramatic Roles In One Good Cop Opposite Rene Russo. Keaton Played A Cop (A Good One) Whose Partner Is Killed In The Line Of Duty. When Keaton Tries To Adopt His Late Partner’s Daughter, He Is Denied Because His Apartment Is Too Small And The Child Has Special Needs As A Diabetic.[/wps_faq]