Krissann Barretto is a well-known Indian Television Actress, Theatre Actress, Soap Opera Actress, Dancer, VJ, and Model. She is mostly known for her work in the small screen industry. The actress rose to fame for playing the role of ‘Sanjana Sameer Kapoor’ in Colors TV’s popular serial ‘Sasural Simar Ka’.

Krissann Barretto born in a Christian family on 3 October 1991  in Mumbai in the state of Maharashtra, India. She lives in Mumbai with her father Bosco Barretto and mother Lynette Barretto.’ She has an elder sister, and her name is ‘Fay Antoine Barretto’. Krissann has a relationship actor and model Adhish Khanna. They have worked together in a few TV serials including Pyaar Tune Kya Kiya (2015) and Ace of Space 2 (2019). Krissann Barretto did her primary education from Apostolic Carmel High School in Bandra, Mumbai. She finished her graduation in Bachelor of Arts from St. Xavier’s College, Mumbai. Later, she went to a Government Law College in Mumbai to study law.  Since childhood, Krissann had a deep interest in modeling and acting. She left college to fulfill her dream. Initially, Krissann appears for a city-level fashion and beauty event. As a result, she earned a few projects for brand endorsements and publications.

Krissann started her career by doing episodic roles in the romantic anthology series Yeh Hai Aashiqui in the year 2014, it was a cameo appearance played by Barretto. After getting noticed from there, she debuts as one of the lead characters in the MTV serial ‘Kaisi Yeh Yaariyan’ (2014). She was a part of the show until it concluded in 2016. 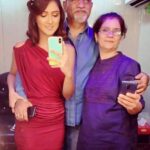 According to Woodgram, Krissann Barretto’s estimated Net Worth, Salary, Income, Cars, Lifestyles & many more details have been updated below. Let’s check, How Rich is Krissann Barretto in 2020?

Krissann Barretto also did episodic roles in many serials like Heroes (2014) aired on Channel V, and The Fightback Files (2014). She has also hosted MTV Campus Diaries. 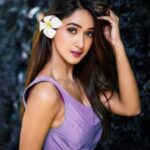 In 2018, she acted in Tu Aashiqui TV serial as a Rangoli Rai who is a self-obsessed singer. For which performance, she was praised by critics.

In 2019, Krissann enters in Ace of Space season 2 as a contestant. Furthermore, Krissann performs the tasks in the show along with on-screen boyfriend Salman Zaidi.