Kalpana (8 July 1943 – 12 May 1979), born Sharat Lata, was a Kannada film actress. She was affectionately referred to as Minugu Taare (“A Shining Star”) among the film fraternity. She was widely recognized as one of the greatest actresses of Kannada cinema who enjoyed both fan following and critical acclaim. She made her screen debut as a lead actress in the 1963 release Saaku Magalu directed by veteran B. R. Pantulu, Death.

During a career that spanned from the early 1960s to the late 1970s, Kalpana appeared in numerous commercially successful as well as critically appreciated films, many of which featured her alongside actor Rajkumar. She worked in a few Tamil, Tulu, Malayalam and Telugu films as well. Many of her successful films were female-centric, giving ample scope for her performance. Kalpana was born to a Tulu speaking couple, Krishnamurthy and Janakamma, as Sharat Lata in Dakshina Kannada district of Karnataka state. She was very passionate about acting and took part in all the talent competitions held at her school. She was also very conscious about the prevailing style statement but had her own distinct style in her outfits.

She, along with her younger brother and her mother moved to the Uttara Kannada district to experience the basics of movie and stage performances. When she moved to Davangere, she was introduced to Shiv Kumar who took her to Madras and introduced her to Narsimharaju.

She was given a break into films by noted director B. R. Pantulu, who was impressed by her. Kalpana decided that she wanted to be an established film actress and soon achieved her goal and gained prominence in the industry.

The sway that the late actor Kalpana – who had won the title “Minugu Taare” (twinkling star) – held over Kannada film enthusiasts has not quite disappeared since her death. Known for playing complex and tragic roles, she died under mysterious circumstances. She ruled the Kannada film industry from 1967 until 1972.

V. Sreedhara, a teacher at a school in Mysuru who was born six years after her death, has brought out a 1,114-page volume chronicling her life and work spanning 79 films. It has details of the characters she played and opinions of various directors, co-artistes and writers. He started working on the book at 21 and completed it when he turned 27.

“Even after working for so long, I have not completely understood the persona of Kalpana, as she was a complex person”, he says. “Rajatha Rangada Dhruvathare” by Mr. Sreedhara was released in Bengaluru at a function organized by Karnataka Chalanachitra Academy.

Kalpana as a Fashion icon

She was a fashion icon of her time. Her elegance, taste, and sophistication in dressing could not be matched by other female stars of the time. The mega sleeve blouses, frill blouses are her contribution to Karnataka’s style. Some of her fashion statements are elaborate hairdos, big rings on fingers, rich zari saris and chiffon saris, multiple bangles and long necklaces.

Sharat Lata was recruited to the Kannada film industry in 1963 by director B. R. Pantulu for his Rajkumar-starrer Saaku Magalu. Later, she changed her screen name to Kalpana. However, it was 1967 released Belli Moda, directed by Puttanna Kanagal that brought her to the forefront. This portrayal of hers was instantly accepted and she soon was catapulted to the top among the actresses of the 1960s. She dominated the Kannada film industry during the late 1960s and 1970s and was critically acclaimed for some of her author-backed roles in movies like Sharapanjara, Gejje Pooje, Belli Moda, Eradu Kanasu, Kappu Bilupu, Bayalu Daari, Gandhada Gudi and Bangarada Hoovu. She worked with almost all the leading actors and directors of her time. Her most frequent co-stars were Rajkumar, Gangadhar and Udaya Kumar. P. Susheela and S. Janaki were the regular voices behind her songs in the films. She gave stiff competition to her contemporaries such as Jayanthi, Bharathi, and Chandrakala among others. 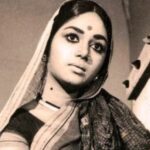 Initially, she was the most favored actress of ace director Puttanna Kanagal. Their association produced some of the finest movies in the history of Kannada cinema. Many of their films had strong, hard-hitting messages which were treasured in cinema history. Kanagal groomed Kalpana to a great extent and though they were romantically linked by the media, industry folks are unanimous that their relationship was that of Guru-Shishya. However, they fell apart when Kanagal refused to offer her a pivotal role in Nagarahaavu. Kanagal went on to groom Aarathi while Kalpana featured in some average films later on.

Her efforts to resurrect her career failed. Even though her later movies with Rajkumar (Daari Tappida Maga and Eradu Kanasu), and Anant Nag (Bayalu Daari) were hits, they failed to resurrect her career. By 1977 she had no movies in hand. She then started focusing on drama companies in Uttara Karnataka and mainly worked in Gudigeri Basavaraj’s drama company. With mounting debts and declining film offers, she went into a deep depression.

She had also acted in a few Tamil and Telugu movies, such as Madras To Pondicherry and Sadhu Mirandal. These films were later made in Hindi as Bombay to Goa and Sadhu Aur Shaitan. Both films were very successful at the box office. She also acted in Koti Channayya, a Tulu movie, directed by K. Shivaram Karanth. She also acted in the Malayalam movie School Master. She lived for only 35 years of which she had spent 15 years in the Sandalwood film industry. She won the Karnataka state award for Best Actress thrice for Belli Moda, Hannele Chiguridaga and Sharapanjara. In her film career, she has acted in over eighty movies, of which the majority are in Kannada.

She died on 12 May 1979. Her suicide was attributed to multiple causes from health issues, poor financial condition to failed romance, though nothing was established. As per post-mortem reports, she had consumed 56 sleeping pills. She had spent her last days at an inspection bungalow at Gotur near Sankeshwar, Belagavi, Karnataka.