Johnny Lever is a well-known Indian actor. He is one of the most famous comedians of the Hindi Cinema. Johnny is one of the first stand-up comedians in India. He has received 13 Filmfare awards and nominations for his comedy performance.

Johnny Lever was born in a Telugu Christian family on 14 August 1957. His father’s name is Prakash Rao Janumala. He was an operator in Hindustan Lever Ltd. His mother’s name is Karunamma Janumala. Initially, his birthplace is in Prakasam, Andhra Pradesh but brought up in the Mumbai Kings circle area. He is the eldest in the family consisting of three sisters and 2 brothers.

Johnny Lever is married to Sujatha Lever. The couple is blessed with two children. His daughter’s name is Jamie Lever, she is a stand-up comedian and has acted in Kapil Sharma’s movie. His son’s name is Jesse Lever.

Johnny is a brave personality. His son Jesse at the age of 10 was detected with a tumor. Despite all the struggles in life, the actor kept smiling and made others’ life happy. However, this one incident took away comedy from his life. He left comedy and did only one movie and show a year. Johnny Lever did his schooling from Andhra Education Society English High School. He left his studies after class 7 due to the financial crisis in his family. He started working at the age of 12. Johnny started doing odd jobs such as selling pens on the Mumbai streets by imitating Bollywood stars and dancing to the songs of Bollywood stars.

He also spent the early years of his life in the Yakutpura City of Hyderabad, where he learned the unique style of comedy acting. Johnny worked as an employee at Hindustan Lever Ltd. (now Hindustan Unilever). During that time, he started performing stand-up comedy in musical shows and events.

After he gained recognition, he joined the troupe of Kalyanji-Anandji. Since he was earning well from stage shows, he quit Hindustan Lever in 1981. He did lots of shows and world tours with them, one of the big ones being with Amitabh Bachchan in 1982.

In 1986, he did a charity show ‘Hope 86’, as a filler, in front of the members of the Indian Film Industry. His talent was recognized, and producer Gul Anand offered him a role in the film Jalwa, alongside Naseeruddin Shah. But he made his Bollywood debut with the movie Yeh Rishta Na Tootay in 1981. 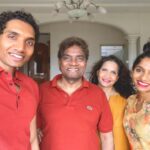 According to Woodgram, Johnny Lever’s estimated Net Worth, Salary, Income, Cars, Lifestyles & many more details have been updated below. Let’s check, How Rich is Johnny Lever in 2022? 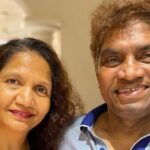 The comedian-actor got popularity in his Bollywood movie Dard Ka Rishta in 1984. The break was given to him by Sunil Dutt, who saw him enacting at a charity show. His most memorable roles are- “Chotta Chattri”, “Aslam Bhai,” “Hiralal,” “Col. Almeida, Camp Manager,” and “Pappi Bhai.”

In the decade of ’80s, he worked in films like Jalwa, Kasam, Tezaab, Khatarnaak, etc. but his biggest success came after his movie Baazigar, where he portrayed the role of a servant ‘Bulbul’. After this, he was offered roles after roles in movies as a supporting comedian and actor.

He made his small screen debut with the television series called Zabaan Sambhalke in the year 1993. He played the role of ‘Johnny Utolandand’ in the 29th episode of the show. The show aired from 1993 to 1998 on DD Metro. He hosted the show “Johny Aala Re (2006),” which aired on Zee TV. In 2017, he played the lead role of ‘Commissioner Gogol Chatterjee/Khabri Khogol Chatterjee/Phogol Chatterjee (triple role)’ in the Sab TV’s show “Partners Trouble Ho Gayi Double.”

Johnny recorded a comedy cassette “Hasi Ke Hangame” which made him a household name in India.  During this period, he did a few advertisements for “Kachua Chhap incense.” He made his singing debut with the song ‘Shoot Raja” from the film “Chaalbaaz (1989).” He judged the comedy reality show “Comedy Circus” which aired on Sony TV in 2007.

Is Johnny Lever a Catholic?

Yes, he was born in a Roman Catholic family, but never read the Bible.

Who is the father of Johnny Lever?

What is the real name of Johnny Lever?

How did Johnny Lever get his name?

Actor-comedian Johnny Lever, who was originally named John Prakasa Rao Janumala, started being called ‘Johnny Lever’ by his colleagues at Hindustan Lever’s factory in Mumbai after he performed mimicry at an official function.