John Candy, the born name John Franklin Candy. He was a Canadian actor known for his performance in Hollywood films. He was best remembered for appearing in the television series ‘Second City’ as well as for acting in the movies ‘Stripes’, ‘Splash’, ‘Home Alone’, ‘Uncle Buck’, ‘Only the Lonely’, ‘JFK’ and ‘Planes, Trains, and Automobiles’. The actor also did great television movies in his career, such as ‘The Courage of Kavik, ‘The Canadian Conspiracy’, ‘The Wolf Dog’, ‘The Last Polka’, ‘Hostage for a Day’ and ‘Really Weird Tales’, to name a few.

Sadly, the brilliant actor’s life ended shockingly, and he died at a nearly young age. While filming the Western parody ‘Wagons East’, he died of a heart attack, at the age of just 43. Candy was honored several times after his death. In the loving memory of the late Canadian star, there was an album ‘Chocolate and Cheese’ by Ween dedicated to him. Besides this, his fans are demanding that the Canadian Screen Awards be assigned the certified nickname “The Candys” in his honor. Family, Born and Raised in Toronto

Candy was born on October 31, 1950, in Toronto, Canada. He grew up in the city’s East York neighborhood. When he was about four years old, Candy lost his father. The future actor/comedian was subsequently raised by his mother, with the help of his aunt and grandparents. Educated in Catholic schools, Candy played football and hockey. He discovered acting in high school, appearing in a number of productions. 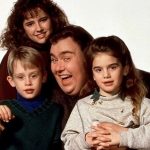 In 1969, Candy enrolled at Centennial Community College in Toronto, where he studied journalism and acting. In 1971, he left school to pursue an acting career. He met and befriended future collaborator Dan Aykroyd around this time. Aykroyd encouraged Candy to try out for the Toronto branch of the popular Chicago comedy troupe Second City.

John Candy Net Worth and salary: John Candy was a Canadian actor and comedian who had a net worth of $15 million at the time of his death in 1994. 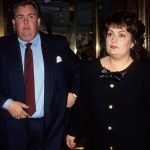 John Candy With His Wife

John Candy’s wife, Rosemary Margaret Hobor, was born on 30 November 1948 in Canada, and she lived there for the majority of her life. The duo started dating in 1978, and after one year and three months of dating, the couple decided to tie the knot. The couple has two children, a son named Christopher Candy and a daughter named Jennifer Candy.

Candy did so well at his Second City audition. He was invited to join the troupe’s Chicago group. For two years, he appeared in small roles with such as fellow comedy stars as John Belushi and Gilda Radner. He helped bring the troupe’s skits and sketches to Canadian television in 1977 as SCTV, which also featured Martin Short, Eugene Levy, and Harold Ramis. Candy returned to Toronto in 1974 and started working with Second City’s Toronto group. 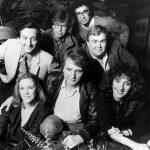 In 1981, SCTV landed a spot on NBC’s late-night line-up. Candy was a featured performer by this time. Candy also created numerous memorable characters, including the sketchy celebrity Johnny LaRue and horror film maestro Dr. Tongue. His work on the show featured such impressions as Julia Child, Orson Welles, and Luciano Pavarotti. He won Emmy Awards for the show’s writing in 1981 and ’82.

While on SCTV, Candy made some film appearances. He had small roles in The Blues Brothers (1980) with Belushi and Aykroyd and in Steven Spielberg’s 1979 war comedy 1941. Candy also played a misfit Army recruit in the Bill Murray hit comedy Stripes.

After taking off SCTV in 1983, Candy concentrates primarily on making films. His movie career is remarkable by many highs and lows. Candy had an improvement with his turn as the trashy brother of Tom Hanks’ character in Splash (1984).

The film was directed by Ron Howard and also starred Daryl Hannah, who played the mermaid that Hanks’ character falls in love with. After that film, Candy had a string of obstacles, including the films Brewster’s Millions and Summer Rental, both released in 1985. His next film, Armed, and Dangerous (1986)

didn’t fare well at the box office either. 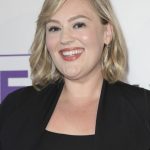 Candy’s career revived in 1987 with the popular comedy Planes, Trains & Automobiles, which also starred Steve Martin. That same year, he had a remarkable yet brief arrival in Mel Brooks’ Star Wars spoof Spaceballs. In 1988, he starred opposite Aykroyd in The Great Outdoors, which received fairly tepid reviews. While Spaceballs and The Great Outdoors didn’t annoy reviewers, Candy went on to score a big hit with the John Hughes comedy Uncle Buck (1989).

In 1990, he showed in a smaller role in the smash Home Alone, starring Macaulay Culkin. Due to his tall stature and good size, Candy often played the big guy and provided comic relief. In 1991, however, he had a rare opportunity to play a romantic lead in Chris Columbus’ Only the Lonely with Ally Sheedy and Maureen O’Hara.

That same year, he exhibited some dramatic ability with a bit part in Oliver Stone’s political thriller JFK. Returning to more familiar territory, Candy enjoyed another wave of box-office success with 1993‘s Cool Runnings, which tells the story of the first Jamaican bobsled team’s efforts to enter the Olympic Games.

Candy had just completed work on a replacement comedy western, Wagons East when tragedy struck, He was found dead on location in Durango, Mexico, on March 4, 1994, at the age of 43. it absolutely was later reported that the actor had suffered a heart attack in his sleep. 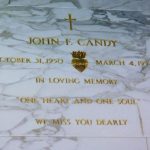 Candy had struggled together with his weight for much of his career and was also an important smoker. He left behind a wife, Rosemary, and two children, Jennifer and Christopher. additionally, to being a veteran of over 40 films, Candy was a fanatical enthusiast and co-owned a Canadian conference franchise, the Toronto Argonauts. Additionally, he owned a series of blues bars and restaurants called House of Blues with Aykroyd and Jim Belushi.

The entertainment world incredibly moaned the death of Candy, who was known within the industry for his warmth and unselfishness and remains widely revered as a novel comedic talent. As a writer for Maclean’s stated, Candy “could be as funny as anyone. But what set him apart was a tenderness, a mild emotional candor that made him instantly credible and lovable.”

Candy was in talks to characterize Ignatius J. Reilly in a now-shelved film transformation of John Kennedy Toole’s Pulitzer Prize-winning novel A Confederacy of Dunces. He had also revealed interest in characterizing Atuk in a film transformation of Richler’s The Incomparable Atuk and Roscoe “Fatty” Arbuckle in a biopic based on the silent film comedian’s life.
These three suspended projects have been alleged as “cursed” because Candy, John Belushi, Sam Kinison, and Chris Farley were each attached to all three roles, and they all died before they could make any of these films. Candy was originally recognized to play Alec Guinness’s role in the remake of the 1950 film, Last Holiday, with Carl Reiner directing. 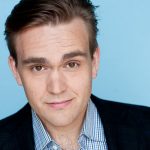 Ultimately the role was played by Queen Latifah in a loose remake released in 2006. Candy was also slated to conspire with John Hughes again in a comedy opposite Sylvester Stallone titled Bartholomew vs. Neff. Candy and Stallone were to have portrayed feuding neighbors. In the animated Disney film, Pocahontas, the role of Redfeather, the turkey, was written for him but was finally cut from the film after his death.

What Did John Candy Die Of?

Heart Attack, While Filming The Western Parody Wagons East, Candy Died Of A Heart Attack In Durango, Mexico On March 4, 1994, Aged 43. His Final Two Films, Wagons East And Canadian Bacon, Are Dedicated To His Memory.

How Much Did John Candy Weigh When He Died?

His father, Sidney, Died Of A Heart Attack At Age 35 In 1955 When John Was Only Five Years Old. Weighed Over 300 Pounds For Most Of His Life.

The Cause Of Candy’s Death Was Never Officially Determined. The Actor Struggled With His Weight And Suffered From Health Issues Related To That. Additionally, He Smoked Cigarettes. It Was Presumed That Candy Died Of A Heart Attack.

Hollywood Was In Shock And Mourning Last Night Following The Death Of The Rotund Comedian And Film Actor John Candy. Mr. Candy Collapsed Suddenly On The Set And Died Of A Heart Attack Near Durango, Mexico, Where He Was On Location For Wagons East, The Latest Film In A Career Which Earned Him Popularity Around The World.