Gregory Hines was an American dancer and actor who appeared in movies like ‘The Cotton Club’ and ‘White Nights.’ He was also a noted choreographer. Much renowned as a dancer, he is considered a major figure in the revitalization of tap dancing in the late 20th century. One of the sons of Maurice Robert Hines, a dancer, musician, and actor, Gregory was introduced to dance and music early on in life. He began tapping when he was two years old and started dancing professionally while he was still a young child. Along with his elder brother, he studied under choreographer Henry LeTang and also learned dance from other prominent teachers. He began performing in night clubs with his brother and in 1963 became a part of the family act “Hines, Hines, and Dad”.

He grew up to be a multi-talented young man and performed as the lead singer and musician in a rock band called Severance for a short period of time. Dark, handsome, and blessed with a variety of talents, he enjoyed a very successful Broadway career. Hines soon ventured into films after having gained a reputation for his singing and dancing skills. An advocate for the tap in America, he successfully petitioned the creation of National Tap Dance Day, which is now celebrated in 40 cities in the United States. Gregory Hines,  jazz tap dancer, singer, actor, musicians, and creator of improvised tap choreography, was born in New York City, the son of Maurice Hines Sr. and Alma Hines. He began dancing at the age of not-quite-three, turned professional at age five, and for fifteen years performed with his older brother Maurice as The Hines Kids, making nightclub appearances across the country. While Broadway teacher and choreographer Henry LeTang created the team’s first tap dance routines, the brothers’ absorption of technique came from watching and working with the great black tap masters whenever and wherever they performed at the same theaters.

They practically grew up backstage at the Apollo Theatre, where they were witness to the performances and the advice of such tap dance legends as Charles “Honi” Coles, Howard “Sandman” Sims, the Nicholas Brothers, and Teddy Hale (Gregory’s personal source of inspiration). Gregory and Maurice then grew into the Hines Brothers. When Gregory was eighteen, he and Maurice were joined by their father, Maurice Sr., on drums, becoming Hines, Hines, and Dad. They toured internationally and appeared frequently on The Tonight Show, but the younger Hines was restless to get away from the non-stop years on the road, so he left the group in his early twenties and “retired” (so he said) to Venice, California. For a time he left dancing behind, exploring alternatives that included his forming a jazz-rock band called Severance. He released an album of original songs in 1973. 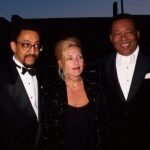 Gregory Hines was born in New York City on February 14, 1946, to Alma Iola (Lawless) and Maurice Robert Hines, a dancer, musician, and actor, and grew up in the Sugar Hill neighborhood of Harlem. Hines began tap dancing when he was two years old, and began dancing semi-professionally at age five. After that, he and his older brother Maurice performed together, studying with choreographer Henry LeTang.

Gregory Hines and Maurice also studied with veteran tap dancers, such as Howard Sims and The Nicholas Brothers when they performed at the same venues. The two brothers were known as “The Hines Kids”, making nightclub appearances, and later as “The Hines Brothers”. When their father joined the act as a drummer, the name changed again in 1963 to “Hines, Hines, and Dad”. 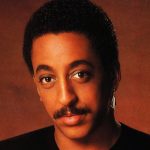 Gregory estimated Net Worth, Salary, Income, Cars, Lifestyles & many more details have been updated below. Let’s check, How Rich is Gregory Hines in 2022?

According to Wikipedia, Forbes, IMDb & Various Online resources, famous Dancer Gregory Hines’s net worth is $72 Million before He died. He earned the money being a Professional Dancer. He is from NY. 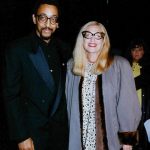 Gregory Hines died of liver cancer on August 9, 2003, en route to the hospital from his home in Los Angeles. Gregory had been diagnosed with the disease more than a year earlier but informed only his closest friends. At the time of his death, the production of the television show Little Bill was ending, and he was engaged to Negrita Jayde. Gregory Hines is buried at Saint Volodymyr’s Ukrainian Catholic Cemetery in Oakville, Ontario.

Gregory Hines died of cancer on August 28, 2009, at the age of 51, weeks after holding the sixth annual memorial /celebration to Hines. On January 28, 2019, the US Postal Service honored Gregory Hines with a postage stamp, issued with a ceremony at the Buffalo Academy for Visual and Performing Arts, in Buffalo, New York. The stamp is part of its Black Heritage Series. 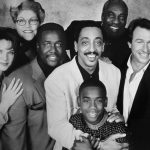 Some Known Facts About Gregory

When Did Gregory Hines Die?

How Did Gregory Hines Die?

Hepatocellular Carcinoma, Cause Of Death

Did Gregory Hines Have A Twin Brother?

How Much Is Gregory Hines Worth?