Dipika Kakar is a well-known Indian television actress and model. She is mostly known for her work in the small screen industry. Dipika became popular after playing the role of ‘Simar Prem Bhardwaj’ in the TV show Sasural Simar Ka. She also gained huge popularity after participated in the reality show Nach Baliye 8 along with her husband Shoaib Ibrahim, and also for winning the title of  India’s biggest television reality show ‘Bigg Boss Season 12’. Dipika has a huge fan following on social media platforms and is loved by everyone for her sweet behavior.

Dipika Kakar was born on 6 August 1986 in Mumbai Maharastra. Her father is an Army officer whose name is not known. And her mother Renu Kakar is a housewife. She has two elder sisters. Since her childhood, she took a keen interest in acting and dancing. Her family has supported her in every decision of hers and motivated to make her career in the television industry.

Dipika Kakar is married to Shoaib Ibrahim on 22 February 2018. They first met on the sets of Sasural Simar Ka. As per the news, earlier she was married to pilot Raunak Samson. When she was working as Air hostess she met Raunak and tied the knot with him. But soon the couple got separated when Dipika met Shoaib on the sets of Sasural Simar Ka. According to the reports, Dipika’s affair with Shoaib was the reason behind her wedding falling apart. Dipika Kakar did her schooling from CBSE Board and completed her graduation from the University of Mumbai.  After completing her study, she started working as an Air hostess with Jet Airways for approximately 3 years but due to some health issues, she left the job. After that, she joined the entertainment industry.

In the year 2010, Dipika Kakar made her television debut with the tv serial ‘Neer Bhare Tere Naina Devi’ as Lakshmi. 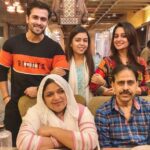 According to Woodgram, Dipika Kakar’s estimated Net Worth, Salary, Income, Cars, Lifestyles & many more details have been updated below. Let’s check, How Rich is Dipika Kakar in 2022? 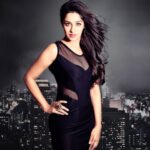 After the first TV serial, she then appeared in the serial ‘Agle Janam Mohe Bitiya Hi Kijo’ as Rekha. Later, in 2011 Kakar appeared in Colors TV’s serial as the lead role of ‘Sasural Simar Ka’, where she played the role of Simar Bhardwaj. After doing the show for six years, Dipika quit the show in 2017.

She participated in the dance reality show ‘Jhalak Dikhhla Jaa’ in season 7 and season 8. She also appeared on the reality show ‘Entertainment Ki Raat’ on Colors TV and Comedy Nights with Kapil as a guest. In the year 2018, Kakar played the role of “Suhasini” in Ekta Kapoor’s “Qayamat Ki Raat” in a cameo opposite Karishma Tanna and Vivek Dahiya. In the same year, she made her debut in the film industry with the movie ‘Platan’ as a supporting actress.

Since 2019, She is playing the role of ‘Sonakshi Rastogi’ in Star Plus’s Romantic TV show ‘Kahaan Hum Kahaan Tum’ alongside Karan Grover. Dipika is all set to make her Bollywood debut with JP Dutta’s Upcoming Film called “Paltan”.

Dipika was a celebrity contestant in the twelfth season of the Indian most controversial reality TV show ‘Bigg Boss’ which was hosted by Salman Khan along with other celebrities which include Neha Pendse, Srishty Rode & Kanvir Bohra. She is one of the favorite contestants so far and finally won the title of ‘Bigg Boss Season 12’ after constantly being under the scanner of 100 cameras.

Why did Deepika divorce Raunak?

According to the reports, Dipika’s affair with Shoaib was the reason behind her wedding falling apart.

Who is the ex-husband of Dipika Kakar?

Why did Dipika Kakar convert to Islam?

Her celebrated marriage came at a time when a huge and rather heated debate was taking place over the so-called Kerala love jihad case. But, she converted because she felt it was a suitable choice for her.

Why is Dipika Kakar trending in India?

Because of her role as simar in remarkable Hindi TV serial Sasural Simar Ka and also for winning the title of Bigg Boss Season 12.

Who are Dipika Kakar parents?

Her father was an Army Officer and her mother Renu Kakar is a housewife.