Dakota Johnson is an American actress and fashion model. Dakota Johnson was born in Austin, Texas, and is the daughter of actors Don Johnson and Melanie Griffith. Her maternal grandmother is actress Tippi Hedren. Her big-screen debut was alongside her mom in 1999’s Crazy in Alabama. Post high school, Johnson appeared in a string of films including The Social Network and 21 Jump Street, before landing her most famous role to date as Anastasia Steele in the film adaptation of the Fifty Shades of Grey franchise. The actress has since starred in features like Black Mass and The Peanut Butter Falcon.

She was cast in a minor part in The Social Network (2010) and subsequently had supporting roles in the comedy 21 Jump Street, the independent comedy Goats, and the romantic comedy The Five-Year Engagement (all 2012). In 2015, Johnson had her first starring role as Anastasia Steele in the Fifty Shades film series (2015–18). For her performance in the series, she received a BAFTA Rising Star Award nomination in 2016. Following Fifty Shades, Johnson appeared in the biographical crime film Black Mass (2015) and Luca Guadagnino’s drama A Bigger Splash (2015). She reunited with Guadagnino, portraying the lead role in Suspiria (2018), a supernatural horror film based on the 1977 film by Dario Argento. That same year, she appeared in an ensemble cast in the thriller film Bad Times at the El Royale (2018). In 2019, Johnson had a starring role in the psychological horror film Wounds and the comedy-drama film The Peanut Butter Falcon. 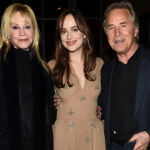 Dakota Johnson was born on October 4, 1989, at Brackenridge Hospital in Austin, Texas, to actors Melanie Griffith and Don Johnson.

At the time of her birth, her father was shooting the film The Hot Spot in Texas. Her maternal grandparents are advertising executive and former child actor Peter Griffith and actress Tippi Hedren, and she is the niece of actress Tracy Griffith and production designer Clay A. Griffin. Her former stepfather is actor Antonio Banderas. She has four paternal siblings, including actor Jesse Johnson, and two maternal siblings.

Because of her parents’ work, Johnson spent the majority of her childhood in various locations with them on film sets. though she spent extended amounts of time in Aspen and Woody Creek, Colorado, where she worked during summers at the local market as a teenager. She attended the Aspen Community School for a time. “I was so consistently unmoored and discombobulated. I didn’t have an anchor anywhere,” Johnson recalled. At an early age, Johnson was diagnosed with hyperactivity (ADHD) and changed schools seven times. She attended the Santa Catalina School in Monterey, California, for her freshman year of high school before transferring to New Roads School in Santa Monica, California. 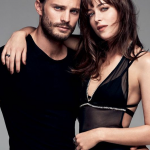 The net worth of this famous Actress, Dakota is estimated to have $15 Million as of 2022. The main source of her income is from her acting career. She is earning a considerable income from her work and she is satisfied with her earning. Her salary is not revealed yet and will be updated soon. She and co-star, Jamie Dornan was only paid $250,000 each for their work, including box office bonuses. However, it is said that the duo asked for seven-figure salaries for Fifty Shades Darker. 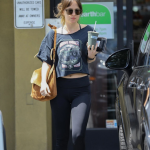 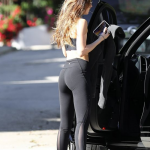 Dakota Johnson has had different boyfriends. She dated the actor Jordan Masterson from 2011-2014. It has been rumored that Dakota dated the English actor Benedict Cumberbatch in December 2013. Dakota had a relationship with the Welsh singer Matthew Hitt.

When Dakota Johnson movie Fifty Shades of Grey was released in 2015, they split and reconciled some months later only to call it quits again in late 2016. Their busy schedules were the reason behind the separation. Nowadays, Johnson is dating Chris Martin.

It seems Dakota Johnson and Chris Martin have stumbled upon relationship “Paradise. The “Fifty Shades” actress’ mom, Melanie Griffith, gave People Now an update on how the pair are doing at an event Friday in Beverly Hills. In June, reported the two had called it quits.

When contacted by USA TODAY, reps for Johnson and Martin did not comment. However, Griffith indicated the two, spotted together in as early as October 2017, are going strong. “I love my daughter’s boyfriend,” the “Working Girl” actress, 62, told the outlet. “I think that they’re an awesome couple.” 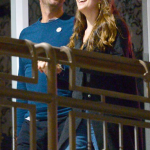 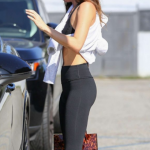 Some Known Facts About Dakota Johnson

Who Is The Husband Of Dakota Johnson?

Chris Martin And Dakota Johnson Are One Of The Cutest Couples Around. They Have Been Together Since October 2017 And Appear To Be Completely Smitten With Each Other. While The Coldplay Lead Singer And The 50 Shades Of Grey Actress Are Somewhat Of A Private Couple, They Are Still Widely Recognized By Fans Everywhere.

How Much Is Dakota Johnson Worth?

How Old Is Dakota Johnson?

Who Is Dakota Johnson’s Mother?