Chef Bobby Flay opened his first restaurant, Mesa Grill, in 1991, winning immediate acclaim. He made his first appearance on the Food Network in 1994 and soon became a television fixture in the vein of fellow celebrity chefs Mario Batali, Emeril Lagasse, and Rachael Ray. Flay has hosted several Food Network shows, including Grill It! with Bobby Flay, Throwdown with Bobby Flay and Beat Bobby Flay. Robert William “Bobby” Flay is a celebrity chef who has hosted several popular cookery shows on the television channel, Food Network. He is most famous for his innovative style of cooking and for his love for traditional Southwestern and Mediterranean cuisines.

The owner of a chain of successful restaurants, Flay is someone who not only converted a childhood passion into a fulltime profession but also proved to the world that it is very much possible to reach the pinnacles of success doing what you love to do the most. He developed an interest in cooking from a young age and wanted an easy-to-use oven when he was eight. Finding a job at a fast-food restaurant seemed to be the most appropriate option for him as a teenager. He attended the French culinary Institute and received his degree in culinary arts. He eventually became a partner at the Mesa Grill where he once worked as an executive chef this was just the first step in becoming the proud owner of a chain of restaurants. He has appeared in numerous cookery shows on the Food Network and served as the Iron Chef on the show ‘Iron Chef America’. He is also the author of several cookbooks. 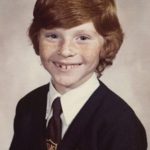 Bobby Flay was born Robert William Flay on December 10, 1964, in New York City, and raised on Manhattan’s Upper East Side by divorced parents Bill and Dorothy Flay, Irish-Americans who bestowed red hair and freckles upon their son. From a young age, Flay showed a talent for cooking. He arranged his mother’s grocery lists, whipped up complex after-school snacks and even requested an Easy-Bake Oven as a Christmas gift. He was, however, markedly less interested in school. Flay bounced around several parochial schools before dropping out of high school at the age of 17.

His first professional restaurant job came in 1982, shortly after he left school. His father Bill, a manager for the famed Joe Allen’s restaurant in New York’s Theater District, called one day and ordered Bobby Flay to fill in for a sick busboy. “He told me he didn’t ask,” Flay later recalled. This soon turned into a full-time job at Joe Allen’s, where Flay moved from busboy to kitchen helper. His boss paid to send him to the French Culinary Institute in Manhattan, which Flay attended after earning his high school equivalency diploma. He received the institute’s Outstanding Graduate Award in 1993. 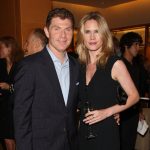 Bobby Flay net worth and salary: Bobby Flay is an American celebrity chef, restaurateur, author, radio host, and reality television personality who has a net worth of $60 million. Bobby Flay was born December 10, 1964, in New York City, New York and grew up on the affluent Upper East Side of Manhattan. 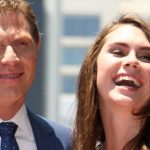 He dropped out of high school at age 17 and took a job making salads at Joe Allen Restaurant in New York’s Theatre District.  Joe Allen was impressed by Flay’s natural ability and agreed to pay his tuition at the French Culinary Institute.

According to Celebrity Net Worth, Bobby’s Flay net worth is estimated to be about $60 million. He makes much of his money from appearing on TV, owning various restaurants, and selling cookbooks. As a multi-millionaire, Bobby Flay’s lifestyle is just as impressive as his bank account. He reportedly owns four homes three in New York and one in California. His recent purchase was the $6.5-million mansion in Los Angeles with neighbors such as Leonardo DiCaprio and Calvin Klein. 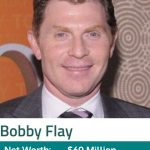 Meanwhile, his home in the Chelsea neighborhood of New York City is currently on the market for around $8 million. It has been reported that rent in the Chelsea apartment went as high as $22,500 a month. Flay’s success has also allowed him to give back to his community. As a token of appreciation for his alma mater, the celebrity chef established the Bobby Flay Scholarship in 2003 to give one student every year a full ride to the French Culinary Institute.

How Much Is Bobby Flay’s Net Worth?

Bobby’s Flay Net Worth Is Estimated To Be About $60 Million. He Makes Much Of His Money From Appearing On Tv, Owning Various Restaurants, And Selling Cookbooks.

How Many Michelin Stars Does Bobby Flay Have?

Bobby Was Awarded One Michelin Star And Gordon Currently Has 13.

Does Bobby Flay Own Food Network?

Flay Has Hosted Several Food Network Shows, Such As Grill It! With Bobby Flay And Throwdown With Bobby Flay, And Also Appeared In Dozens Of Other Specials. His Frequent Appearances On The Food Network Have Now Made Him One Of America’s Best Known Chefs. “He’s Not A Chef,” Morimoto Said On The Show.

How Much Does Bobby Flay Make In A Year?